This is the homily I gave for my first weekend at St. Peter’s Parish in Toronto in response to the shootings of the last few weeks. It is based on the readings for the 16th Sunday in Ordinary Time.

All I really know about Canada I learned from Michael Moore.

This is really my first time in Toronto. I had visited once before when I was a novice but it was such a quick trip that I didn’t really get to take it in. BUT I have been watching Michael Moore movies for years. For those of you who don’t know, Michael Moore is an American filmmaker who makes documentaries about many of the social ills that we struggle with in the United States. Health Care. The War on Terror. Capitalism. And while not everyone may agree with Moore’s politics, he does ask important questions and does so from a place that cares about his country. Quite often in his films he will compare what is going on in the United States with with a particular issue in Canada and how Canada is dealing with it. And in his view, it is usually dealing with said issue better. 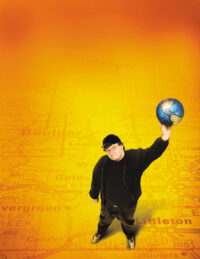 The movie that Michael Moore is probably best known for came out 10 years ago but, sadly, continues to have a lot of relevance for all of us today. In the film Bowling for Columbine, he examined the mass shooting that took place at a Colorado high school in which numerous students were killed in the middle of a school day in 1999. He paid particular attention to different factors in US culture — the history and role of guns in our culture, how America has often had a tragic history of race relations, how our news media hypes conflict in order to create a climate of fear — that might have contributed to the shooting.

But as a counterbalance in the film, he also examined Canadian culture. Although Canada also has a long history of guns in its culture too, the murder rate was way below what it was in the States. There was not this overriding culture of fear. He even demonstrated this by noting how many people in Canada left their doors unlocked.  (I don’t know if that part of the film continues to be true.) But there was definitely an underlying sense of an ideal I have come to know and appreciate over the past few days: “Toronto the Good.”

I have to admit — for my first homily in Toronto, I basically wanted to tell a few jokes, say “Jesus loves you,” and then sit down. The problem with that plan came when I started reading the newspaper this week. I arrived in town on Wednesday and there was this story about this mass shooting at a crowded block party in Toronto in which two people were killed and 24 were injured. This was on top of another shooting downtown this summer at the Eaton Center in which a random gunman — again — walked into a crowded place and opened fire.

One of the survivors of the Eaton Centre shooting wrote these words. “I was shown how fragile life was on Saturday. I saw the terror on bystanders’ faces. I saw the victims of a senseless crime. I saw lives change. I was reminded that we don’t know when or where our time on Earth will end. When or where we will breathe our last breath.” Those words were written a few weeks ago by Jessica Ghawi … words that became more significant because while she escaped harm at the Eaton Center last month, she was one of the victims killed in the Colorado shooting two days ago … again, in a crowded space. 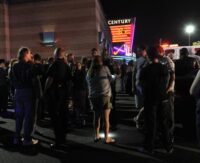 And the answer we have as Christians is the same answer that crowd 2,000 years ago encountered: Jesus himself. That in the questions as to whether we live in a good world, or an evil world … the question as to whether the whole universe is some random accident where anything goes, or whether there is a loving God who is intimately involved in our lives. We have all been given the ultimate tiebreaker in Christ. The Christ who not only comforts us but helps to lead us to the way of peace.