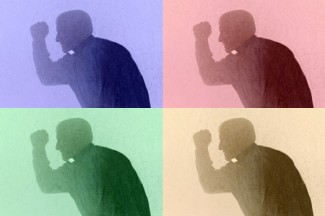 I was very interested in one of the latest questions from the Busted Halo Question Box. The question was whether or not the person writing in should report a priest for yelling at him/her during confession.

This is an interesting question. I truly believe in the amazing healing power of the Sacrament of Reconciliation. In order for a person to even step into the confessional, that person has to overcome so much ego, so many excuses. Showing up for confession requires a huge amount of vulnerability and humility on that person’s part. Obviously, any person stepping into the confessional should not be taken lightly. We never know the battles this person is fighting or how life changing this moment can be for them. We all walk into the confessional broken, wanting the grace to change, wanting to be made whole by God’s love.

But I’m not convinced that God’s love always has to be conveyed through sweet, unreproaching words. As I’ve written before, I’m horrible at confession. So I have had my fair share of “bad” confessions. With total certainty, though, I can tell you about my best confession. Not the confession that made me feel my best, but the one that best made me see how desperately I needed to change.

This confession happened when Brandon and I were visiting Rome. We found out when St. Peter’s was going to be having confessions and we went. What a zoo. There were a ton of people and 25 priests available for confession. All of them had little signs saying which languages they spoke. I thought I’d probably get a non-American priest who didn’t speak English very well.

Nope, this guy was for sure American.

I stepped into the confessional:

Hello Father, it has been three months since my last confession.

[Whatever he said with a strong New York accent]

Then I confessed my sins. One thing I have learned from confession is that most people just commit the same sins over and over again. I very rarely have new sins to confess. We all struggle with a handful of sins that we just can’t stop doing. A priest once told me this is how the devil tries to wear us down. Makes us feel like we’ll never be able to stop these sins we constantly commit, so we give up thinking that we will never be able to change. But that’s another story. Anyway, I confessed my usual litany of sins.

I wait for the priest to say something reassuring, like all the other priests. Something like, “Well, at least you are still trying.” Or, “The important thing is to try your best.” Or something else vague and encouraging.

The priest sternly tells me: Do you understand the gravity of [one specific sin I told him]?

Do you receive Holy Communion after committing this sin and before going to confession?

Do you know that receiving Communion while knowing you are in a state of mortal sin is committing another mortal sin?

I don’t quite remember the rest of the confession, but that was enough. This priest was kicking my butt. This one sin that he was asking me about was a big deal and one that I constantly made excuses for in my head. I always convinced myself that it wasn’t that bad. That I was trying really hard not to do it, so if I did it, it wasn’t as bad because I was really trying. I knew it was a mortal sin, I knew that I should always go to confession after committing the sin before receiving Communion but I would talk myself out of believing it was a mortal sin. I always had a million ways to justify my behavior to myself to make it not seem so bad.

Previous priests that I confessed to weren’t encouraging this attitude in me, but they were all so gentle and sweet that in my head I didn’t have to be hard on myself because the priests were not hard on me.

This priest was different. He seemed to know what was in my heart and he made it clear that I needed to change. That I needed to not commit that specific sin.

After this confession, I still committed that same sin again, I’m sorry to say, but I worked much harder to not do so. I didn’t cut myself the same slack I did before. And I sure as heck went to confession before receiving Communion again because Communion should be given that much reverence and respect.

Thank God for this priest not going the sweet encouraging route, but the tough love route. I have to stop and think about Jesus. Jesus was very loving, offering kind, reassuring words to people drowning in sin. But a lot of the time he didn’t do that. He called Peter Satan once. He overturned the moneychangers’ tables. There are chapters and chapters in the Bible of Jesus calling the Pharisees everything from serpents to cowards to liars.

In some circumstances, I think it is good for priests to display this tougher side of Jesus. Sometimes we all need a whack upside the head to realize what we knew all along — that we need to change. Even though in the confessional the priests are in persona Christi, they are still human and maybe say the wrong thing. Shoot, I’ve even heard of priests falling asleep during confession. I’m not saying they’re perfect. They definitely can say or do the wrong thing in the confessional. But I do think that there is a precedent — set by Jesus — that it is ok to be hard on us sometimes.

In terms of the person who submitted the question, maybe this priest they encountered was totally out of line. But I don’t think that means that priests should never raise their voices and speak sternly. Thank God a priest did that for me.