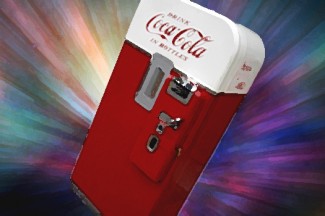 Nothing thrills quite like finding out that you’ve been acting like a crazy person. I had that experience two summers ago, when I spent eight days at the Manresa House of Retreats in Convent, Louisiana. Manresa is a cluster of old white buildings right beside the Mississippi River. I went there in June. White crepe myrtles snowed blossoms all over the winding garden pathways, and in every chapel doorway were spindly spiders I could consider fascinating from a distance. Most striking of all were the oak trees, mile-high and dripping with Spanish moss. But Manresa wasn’t remarkable for me just because of its beauty, just because it gave me the first hummingbird I had seen all summer and the first red velvet ants I’d seen, well, ever. I’ll always remember the eight days I spent at Manresa as the time I learned where to find my self-worth.

Not that I went to the retreat house expressly for that reason. I’d never done a retreat before, and when my Jesuit friend suggested that we try it out, I expected I would spend the eight days of prayer and contemplation figuring out where my life was headed and invigorating my perfunctory spiritual life. In the days leading up to the retreat, though, I went into a fretful interior backpedal. Eight days? I couldn’t spare eight days. Eight days on retreat meant eight days not writing, eight days not working on the thesis draft due in August.

And what if I gave up that more-than-a-week and ended up no better off than I was before, spiritually speaking? What if I spent those days at Manresa the way I spent prayer sessions at home, i.e., distracted and daydreaming? I can’t do this, I thought. I’m a screw-up; I won’t be able to concentrate. I’m not going to do this right, and that means I’ll regret doing it at all.

But I went anyway. The place was almost totally unpeopled. At dusk and dawn, and whenever a stingy but effective raincloud skulked our way, the heat was bearable. Then I could walk between the parallel rows of oak trees leading up to a crucifix at the base of the levee, or I could sit before one of the statues erected on the grounds, one eye on the lookout for wasps and spiders. Otherwise I ducked into one of the various chapels or reading rooms, all of them pale gray in the natural lighting. My Jesuit friend gave me scripture passages to contemplate. The first few sessions were a struggle, as anticipated. I didn’t think God wanted to talk to me. I didn’t think I deserved for God to talk to me. God was an endless source of demands that I consistently failed to satisfy. God did not love me; He had no reason to. Then my Jesuit friend directed me to Isaiah 55:

Come, all you who are thirsty,
come to the waters;
and you who have no money,
come, buy and eat!
Come, buy wine and milk
without money and without cost.
Why spend money on what is not bread,
and your labor on what does not satisfy?
Listen, listen to me, and eat what is good,
and you will delight in the richest of fare.

Reading those words made a knot loosen in my chest. This passage meant that God loved me and wanted to nourish my soul regardless of what I did nor didn’t do. “You don’t have to justify your existence,” my Jesuit said. “Your existence is already justified.”

Jesus said you will know the truth, and the truth will set you free. The truth was, the way I had been living my life was completely insane. I had been measuring my self-worth by how my peers reacted to my writing, how many calories I’d consumed, whether my hours were misspent or well-managed, when in fact none of those things had any bearing on my ultimate value as a human being. I didn’t have to write well or get published or win a National Book Award to be loved. If God gave me the gift of being able to write, then I should write as a response to that gift, not in order to “earn” God’s love.

Prayer, likewise, was not a quarter I stuck into a cosmic Coke machine and out came the love of God. I already had the love of God — without money and without cost. Realizing the irrationality of this anxiety-driven approach to my writing and my life freed me to stop living that way. I sat by the little fish pond on the east side of the main building and felt liberated as I hadn’t felt in ages.

“So what are you taking away from this retreat?” my Jesuit friend said when the eight days were up.

I said I learned that the worldly barometers of success — prizes, recognition, money, fame — are ultimately pretty meaningless and not worth worrying about. Certainly they’re not worth using to validate my life.

I squirmed. “God loves me,” I said, my tone the vocal equivalent of an eye-roll.

My Jesuit friend smiled and shook his head. “It’s like pulling teeth,” he said.