My memory… it slips sometimes.  I wish I could blame it on my advancing age.  After all, forty is right around the corner and I’d like to simply believe that as time passes, so do the hard drive of my brain has to let go of some of the storage in order to make room for more up-to-date files… of course then I’d have to ignore my past history, including one of my more infamous episodes from college.

I was visiting some friends after my junior year of school one summer evening and everyone decided to hit the bars… as many of my friends were wont to do during that time of our lives.  But since going out in that manner was something I did a lot at that particular time of my life, I volunteered to be the designated driver.  We had a good time throughout the night, my buddies downed some beers while I shotgunned Diet Cokes.  As the bars began to close, we all go into the car to head home with me driving.  Not thirty seconds after pulling out of the parking lot, a police car turned on his lights and we pulled over.

In those days, my personality was more intimidated by authority than it is now… which isn’t to say that I am this currently wild and crazy James Dean, but let’s just say that at that period of my life if Cartman from south Park pulled me over and yelled for me to “respect his autho-i-tay,” I would have most likely given him a timid “yes sir…”

So the officer walks over and asks for my license and registration.  I ask why he pulled us over and he said that my back taillight was out.  As I exhaled a deep sigh of relief that it was nothing serious, the officer remarked, “By the way, I smell alcohol.”  My buddies in the back seat exclaimed, “That would be us… we’re all 21, it’s Okay!  He’s our designated driver!!!”   Evidentially, the officer was not thoroughly convinced by the testimony of those in the back seat, so he turned his flashlight on me and said, “I need you to say your A-B-C s.”

“Okay… A, B, C, D, E, F…, G…”  It has been YEARS since I have had to recite my A-B-Cs, but I am also trying not to sing the song.  I continue along, getting increasingly nervous as I go… which is absolutely ridiculous because I had absolutely nothing to drink that evening, not even a sip.  But as my recitation continued and it looked like I was going to be in the clear.

The “ossifer,” sensing what was going on, shook his head and chuckled.  “Well son, you failed the alphabet test.  You’re going to have to come outside and perform a couple of other tests.”  My buddies were rolling in the car as I walked a straight line, touched my hands to my nose while looking up, and any other ritualized humiliation I had to suffer along a lonely southern Maryland highway.  My nickname after that evening: “WYXZ.”

Okay, that was a long introduction story… but it’s just to provide some sort of explanation for myself when I share that recently while leading a rosary service for the student community, I—a Catholic seminarian—forgot the Hail Mary.

I had the list of prayers on a sheet in front of me.  I had written down specifically each mystery we would be reciting for every decade (10 beads), I had fully written out some of the more abstract prayers that I was not used to saying (such as the “Apostles Creed” and “Hail, Holy Queen”), but I had simply listed out the order of some of the other prayers I was more familiar with… like the “Our Father” and the “Hail Mary.”  I say this prayer all of the time?  Why should I bother writing it out?  I felt fully prepared as we entered the first decade.

Phrases like “Pray for us sinners,” “Thy Kingdom come, thy will be done,” and “Good food, good meat, good God, let’s eat” came rushing through my brain and once again at a crucial moment in my life, my mind went blank.

I guess those sorts of occurrences might serve as an argument against organized prayer, of just reciting text as a means of communicating with the Divine.  And to be honest, a lot of times my personal prayer life consists of, “Okay Jesus, there are some things going on and you and I need to have a talk.”

That being said, there are plenty of times when nothing comes to mind when it’s time for me to have my chat with God.  It’s not as if at those moments I am looking at God as the police officer pulling me over for a suspected DWI, but my soul sometimes gets caught up somewhere between needing to pray and not having personal to say.  At those moments, an “Our Father” and a “Glory Be” actually give me something to say.  Not only that, they help redirect my soul to where it should be pointing in the first place.

The “Hail Mary” often helps me out in that respect as well.  Which is why I have it entered into my iPhone in case my memory ever slips again. 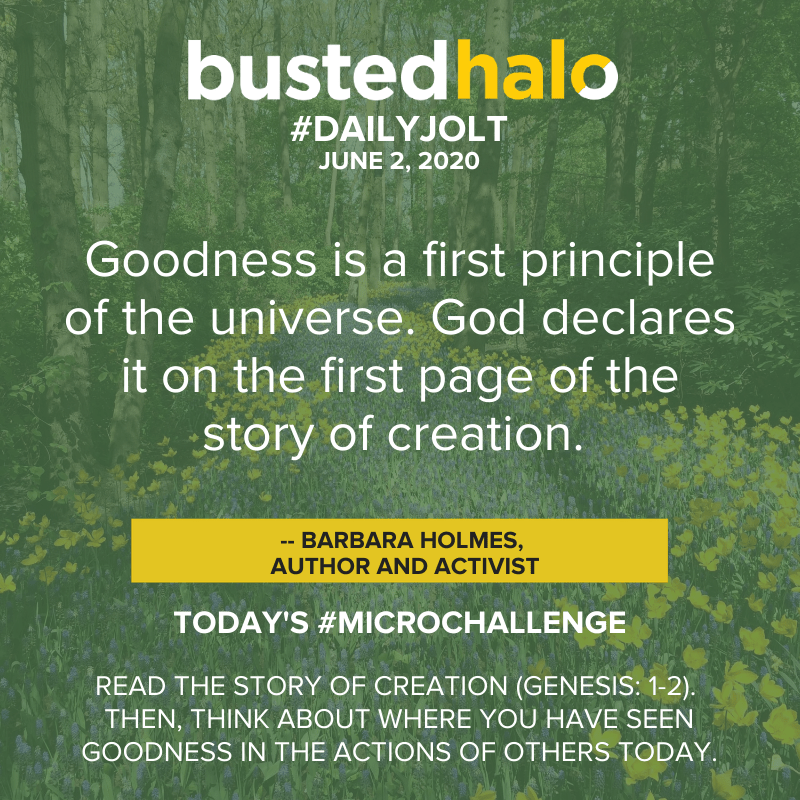