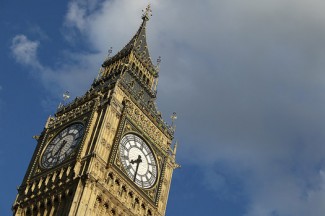 “Anger is seldom without reason, but never a good one.” — Benjamin Franklin

The lights of Piccadilly Circus whirled by at a steady pace as I led the small group of choir students down the side streets of a post-midnight London. I was appointed leader out of everyone in the group since I had already lived in the city for six months. Because the choir was only there for a few days, I thought that a low-key evening of clubbing would be a nice way to get exposure to a more accurate picture of London, beyond postcards of Big Ben and Buckingham Palace. While we had fun over the course of the night, there was one major problem.

One of the members of the group was particularly convinced that his prowess exceeded mine, despite the fact that he had only visited for a few weeks a few years ago.

“That cab’s available, you know,” he squawked as an empty cab passed by.

“Oh.” He ardently searched for some way home as I led the small battalion through the web of fluorescent-lit streets.

During the next 45 minutes, he screamed and hollered for more cabs that were off duty, offended a few passersby by frantically asking directions, and kept getting on my last few nerves. At last, when we finally found a cab, Jack perched by my ear.

“You know, I really think that we shouldn’t get in this cab. We should look for something cheaper.”

I insisted that money wasn’t the problem at this point — five extra pounds wouldn’t make or break us. My main issue was that it was late and we needed to get back to the hotel. Yet, Jack persisted that he was more right than me, despite the fact that I knew the city better.

I don’t think I let the whole situation go until the trip was over a few days later… Vacations are supposedly a time to unwind and relax, but there’s always so much stress involved.

“JACK.” My fists were clenched; the hair of the back of my neck stood straight. His eyes bulged. I took a deep breath. “Just leave it alone. I have it under control.”

“I really don’t trust this guy,” he said. “We should find another cab.”

No matter what I said, no matter how many times I told him that there are no cabs past three in the morning and that we had fallen on a stroke of luck with this errant driver, he kept prodding my shortening fuse. Thankfully, we took the cab in question home, despite Jack’s protests. He kept sputtering with the cab driver, but I forgot to care at that point. We made it to the hotel in one piece.

I lay in bed with my arms crossed and brow furrowed. I was still incredibly ticked off at this kid who just wouldn’t let me finish the job and bring everyone home. I don’t think I let the whole situation go until the trip was over a few days later. Granted, I did message him on Facebook to apologize for my behavior, but the situation had passed.

Vacations are supposedly a time to unwind and relax, but there’s always so much stress involved. From packing to dealing with planes/trains/buses/cars to all of the various scheduling feats, going through with such an escape has definitely led to some gray hairs and ground teeth.

Actually, a passage from the Sermon on the Mount comes to mind. While I don’t have a photographic memory when it comes to verses of the Bible, the following has always stuck with me:

When we vacation, sometimes we let our anger get the best of us, which clouds the core purpose of our vacation, which is to relax. Jesus tells us that we should not get angry because anger unnecessarily clouds our thought processes and can lead us towards negative behavior. In this case, anger obstructed some valuable time that I could have spent with my friends because I felt the need to complain over a trivial matter. Anger tends to fog up our vision so we are not able to really enjoy the most meaningful things in life, especially hard-won time off on a vacation.

So even if someone’s forgotten his beach bag, or someone else is taking too long to get ready, or the travel plans aren’t going exactly like clockwork, it’s better that we breathe before we react. As I learned in London, anger shouldn’t be the key motivator in our daily decision-making process, even in a high-stakes moment on vacation. When the going gets tough, just breathe deeply, keep calm, and carry on.