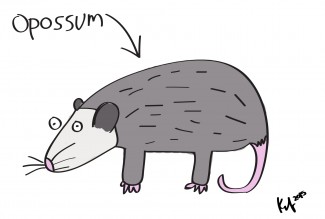 I’m a little leery of prayer books. Sometimes they seem to take on a holier-than-thou attitude that can rub some people the wrong way. By some people, I really just mean me, someone who has a tendency to curse daily and has been known to occasionally shout at drivers who run red lights and thus have absolutely no business operating heavy, moving objects, lawnmowers included. The one-and-a-half times I actually attempted to read a prayer book ended quickly and with a large layer of guilt that mostly reminded me how unholy I truly am and how I need to pray more, pray better and pray bigger. Since these are sort of scary reminders for me, I generally do the mature, holy thing, which is to steer clear of these sorts of books. Out of sight, out of mind. Naturally.

Then my great-aunt sent me a book called A Book of Uncommon Prayer by Brain Doyle. Like I mentioned above, I’m a little leery of prayer books and I was quite cautious when I finally worked up the nerve to flip it open. I really needn’t have worried, though, because my great-aunt is one of the best gift givers I know and there, nestled on page 53, was a prayer titled “Prayer for Opossums, You Poor Ugly Disdained Perfect Creatures.”

Finally: A prayer book meant for me.

Prayer is serious business, but taking prayer too seriously for the wrong reasons can also dampen our prayer lives. I often berate myself for not praying with enough reverence. When I write in my prayer journal, I worry that I add too many exclamation points and not enough big prayers for food for all, world peace, and the like. And sometimes I’m afraid that my prayers are too short. Is there a minimum length when it comes to prayer?

That’s why I found Brian Doyle’s prayers to be refreshing. They’re poignant, yet often short, to the point, and, at times, a little uncommon. While he offers up prayers to the likes of hospital chaplains and the Virgin Mary, Doyle doesn’t shy away from writing one for “Dads Enduring Epic Winter Rains Along the Muddy Sidelines at Pee Wee Soccer Games.” Offering up uncommon prayers are great prayers to pray, too.

Prayers can be short. They can be long. While it’s important to pray for food for all, it’s also important to take a page (literally) from Doyle’s book and pray for the Incredibly Loud Recycling Truck That Comes at Dawn Every Thursday Morning. And so the next time a car zips through a dreaded Memphis Yellow (also known as “red” in most parts of the country), perhaps I will offer up a Prayer of Hope for Drivers Who Zip Through Busy Intersections and for Other Drivers Near Them. Because those drivers need prayers, too.