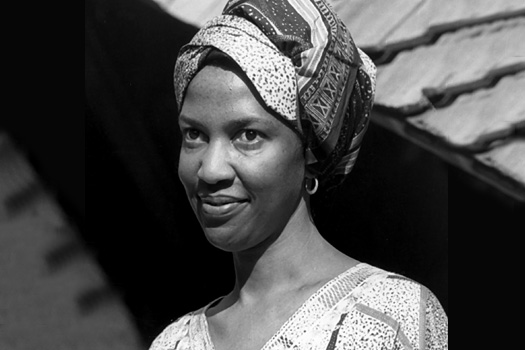 As a religious, a scholar and a teacher, Sister Thea Bowman, F.S.P.A., was engaged in sharing her experience as an African-American woman coming of age in Mississippi in the 1940s. She persisted in telling her story because it was the story of millions of other people — people who generally did not have the opportunity to tell their own stories. She wanted folks from all walks of life to understand where she was coming from. She wanted them to see where she was headed. She was the granddaughter of slaves. She was a convert to Catholicism at the age of 12. She was the first African-American member of the Franciscan Sisters of Perpetual Adoration. She was a respected, lettered, preeminent scholar of William Faulkner. She was an artist whose dramatic command of language and beautiful voice endeared her to people and allowed them to imagine themselves as part of the narrative of African-American culture, spirituality, celebration and suffering that she was weaving before their eyes. She was a tenacious advocate for the creation of the first African-American Catholic hymnal. She was a trusted advisor to the American bishops in their efforts to encourage and celebrate the flourishing of a uniquely African-American expression of Catholicism that deserved to be understood as legitimate, beautiful and prophetic. She was a warrior who fought against the cancer that ultimately claimed her life. Sister Thea did all of these things with a deep and abiding joy.

Joy does not mean ease or passivity. Sister Thea did not live an easy life and she was, by no means, passive. Joy, as Sister Thea lived it, meant living authentically. It meant celebrating who she was by worshipping the God who made her. When asked to address the bishops on the topic “What does it mean to be Black and Catholic?” Sister Thea answered, “It means that I come to my Church fully functioning. That doesn’t frighten you, does it?” She was a proponent of wholeness… her own and that of all people. She loved the Church for its universality, its sacramentality and its beauty. She wanted her Church — the Catholic Church in America with its both triumphant and troubled history in regards to slavery, abolition and civil rights — to love her back. She was unflinching in her desire to be authentically Thea and to be authentically Catholic. The pursuit of this end (though often difficult) was a source of great joy, which radiated from her and lit up bishops and clergy and lay folks and whole communities.

The memory of Sister Thea calls us to participate in this same quest for wholeness… to find our ourselves in the same place we find our God in the Eucharist… to walk into our churches as fully functioning individuals… to find joy in friendship with God and neighbor and to live that joy with all we are and all we hope to become… to realize that we can be [fill in the blank] and Catholic and be both authentically.