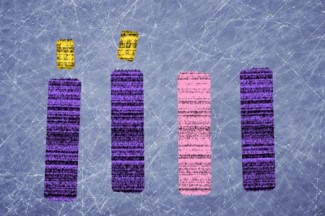 It’s a little more than a week into Advent 2011 and I’ve managed to write two posts for this Alternative Advent blog. The first was about my decision to live this Advent a little more intentionally — to really focus on waiting for Jesus’ birth, instead of just looking forward to Christmas. The second was about Joseph’s model of waiting in joyful hope, and how much trust that requires. I figured the third post should update readers on how I’m doing with the whole living Advent intentionally thing. And by that, I mean my editor told me that’s what this post should be about.

I’ll be honest: I’m at a loss. I can say that I’m waiting intentionally all I want, but what does that mean? So far, all that’s done is make me think twice about being excited about putting up a Christmas tree. I’ve also put off listening to Christmas music and watching my favorite Christmas movie of all time, the Jim Carrey version “How the Grinch Stole Christmas.” I haven’t gone ice skating or looking at Christmas lights — I haven’t even found the time to roast chestnuts over an open fire. (Although that’s mostly because my parents banned me from handling open fires in our household after a marshmallow experiment gone very, very awry.) Now that I think about it, I’m not feeling the Christmas spirit at all, and I still don’t know what the Advent spirit is supposed to feel like.

Cue all the quotes about how Christmas is more than the decorations (especially nutcrackers because those things are the worst), more than the cookies (even though the cookies are very important), more than the presents (which I am by no means opposed to). Every Christmas movie I’ve ever watched — even “National Lampoon’s Christmas Vacation” — has a glimmer of the same message: Christmas is about the love, kinship and community. It’s about generosity, joy and acceptance. Of course, for the religiously inclined, it’s first and foremost about the arrival of the birth of Jesus. But even the secular manifestation of Christmas has a profound basis, and maybe our culture is so consumerist because it’s simply easier to celebrate Christmas that way, rather than actually figuring out how we can be Christmas for each other.

So maybe Advent is better viewed as a time of refocusing — a time to stop what we’re doing, reflect and think about how we’re doing in terms of loving, being in community and living a joyful lifestyle.  Maybe instead of glazing over the Nativity story, think about how you would react today if you found out you were pregnant even though you’ve never had sex. Now think about how you’d react if an angel, who we have to assume appeared in a fiery burst of awesome after kicking down Mary’s door, was the one who told you. Or maybe put yourself in Mary and Joseph’s shoes as they’re trekking around Jerusalem looking for shelter — Mary’s very pregnant and pretty grouchy, and Joseph’s exhausted and also grouchy because Mary’s been on the donkey all day and he hasn’t gotten a turn. Or imagine how you’d feel if the worst-case scenario played out, and instead of a room becoming available at the last minute, you had to go to a stable and sleep surrounded by a bunch of filthy animals — and then your water broke. Maybe you’re one of the Magi, who helps Jesus and his family evade King Herod — and in those days, nobody pulled that kind of wool over King H’s eyes. That’s terrifying stuff.

These were real people in real situations, is what I’m trying to say. We’ve mythologized the Nativity so much — and in doing so, have made Advent so abstract — that we forget how gritty the first Advent was. It’s hard to reconcile that with smiling snowmen, red-nosed reindeer and big, jolly old fat guys who break into our houses and leave us presents. (How did that become a thing?) It’s hard for me to focus on waiting for Jesus, and to reflect on the faith that motivated Mary and the love that motivated Joseph, when I’ve got Christmas coming at me from every corner. But we’ve got to work with what we have, right? In this case, what we have is a society of instant gratification. So maybe it’s OK for me to listen to my Christmas playlist, and it’s OK for me to watch the Grinch, and it’s OK for me to eat every single Christmas cookie I can get my hands on, as long as I temper it with my reflection on what the less joyful, more human side of Advent looks like. It’s not as easy as falling into your local conglomerate’s definition of “the Christmas season,” but it’ll be a little more meaningful.