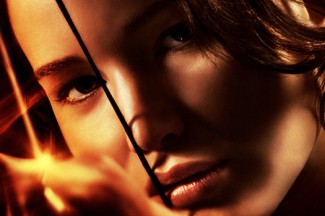 Spoiler Alert: This post assumes you have read The Hunger Games series and gives away parts of the story.

I totally jumped on The Hunger Games bandwagon. I was completely engrossed in this series. I’m pretty sure I read all three books in about four days. As I read the story, I felt excited that teenage girls would feel empowered by a strong woman character. In my head I made up lesson plans as to how I would teach this book. Katniss is a girl who keeps her family going despite the most terrible of odds. She is not held back by society’s view of her nor does she lend much attention to what others expect of her. She is fiercely loyal to those she loves and would do anything for them. But what I liked most of all about Katniss is that, in her head, she usually decides to do the wrong thing — run away, be cruel, kill someone. But when it actually comes time for her to act, she usually does the right thing — holds her tongue, faces the challenge, decides to show mercy, etc.

Despite all of these positive characteristics, at the end of the series, I was still left with an uneasiness about her. Something just didn’t sit right. I read these books more than a month ago and since then I’ve been trying to peg my issue with Katniss. It did not become clear to me until I started reading Tattoos on the Heart, a book written by a Jesuit who has worked with gang members for more than 25 years. He writes about how these gang members all came from the most atrocious of childhoods and because of that all have a “palpable sense of shame on their backs.” He goes on to explain that guilt is when you feel bad about your actions, shame is when you feel bad about yourself. Enough shame and you stop caring about yourself as a person. This is when bad decisions don’t matter because you don’t think yourself worthy of any good.

I know it may seem pretty petty to compare the psyche of real gang members to a fictional character in a teen novel, but stay with me. I believe Katniss to be in this same place as gang members. She feels the shame of the poor, of the oppressed, of the fatherless, of the kids that have to grow up too fast, of the abandoned child. She is carrying around so much shame that she does not think herself worthy of any love or good that may come to her. Really the only thing that keeps her going is that her mother and sister depend on her. She has lost any other sense of herself.

Throughout the three books, she has no sense of self-worth. She constantly questions people’s motives. Obviously she is in a game where they’re trying to kill her, but even the people that she should trust she just can’t trust because she can’t allow herself to believe that others would care about her. She never deals with this issue. She spends the entire series just saying over and over again that she doesn’t understand why she is important to people or why people care about her. She never comes to a place where she realizes her worth as a person. Any good that happens to her she is able to explain away because the other person has ulterior motives. She considers herself unworthy of love or good. She truly is a mess because she can’t find herself.

And that’s what keeps nagging at me. When we put ourselves in the shoes of most angst-y, horomone-filled teenagers, they can relate to Katniss being a mess. Teenagers feel complicated and misunderstood. They’re trying to find out who they are and most of the time have very low self-confidence and think much worse of themselves than they should. They can relate to Katniss not believing that people love them and value them.

And that’s what bothers me about this book. Katniss never deals with this issue or tries to resolve it. Sure, she grows from the love that different people show her, but that is all glossed over. I think where these books could have really shined is if Katniss had figured herself out a bit more. After the games, Katniss is more filled with shame than ever. After all of the horrible things she had to do and all the atrocities she had to witness she has even more reason to feel terrible about herself. I wish the author had given the readers a tiny glimmer of hope in figuring all that out. Just one tip teenage girls could take away about finding themselves even in the hardest of times. How love and compassion start to dispel the fog of shame and disappointment and lack of self-worth and help us find our true selves.

Don’t get me wrong. I still loved these books. But in an age where it is really hard to reach a lot of teenagers at once in a meaningful way, I wish the author had dug just a little bit deeper. I wish Katniss could have found herself capable of being loved. Maybe girls would have believed just a tiny bit more that they are worthy of true God-like love.