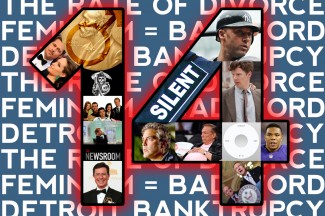 It’s time to look back at some of the memorable “endings” that captured our attention in 2014. The Busted Halo® Team noted things from television to Congress, sports to Hollywood. What did we miss?