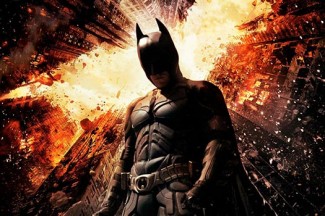 An old saying goes, in order to experience Easter you must go through Good Friday first. According to The Dark Knight Rises, the third installment in Christopher Nolan’s Batman trilogy, even superheroes aren’t immune to this tenet. The film provides a thorough examination of the themes of sacrifice and resurrection, two of the fundamental principles of the Christian life.

As followers of Jesus, we are continually invited to participate in his sacrifice on Golgotha in multiple ways, while regularly encountering the joy and glory of the resurrection in our daily lives. These two principles — irrevocably linked to one another through the events of those three days in Jerusalem long ago — provide not only the foundation for the Christian experience, but also for the experience of that hero of all anti-heroes, Bruce Wayne and his alter ego the Batman.

Sacrifice has been a recurring theme throughout Nolan’s trilogy. Bruce Wayne continually struggles with his own desires for personal fulfillment, which are usually at odds with the needs of the people of Gotham and the moral obligations they stir in his alter ego. And it is indeed sacrifice that over and over again provides meaning for the oftentimes dark existence of the billionaire playboy. Sacrifice brings fulfillment and purpose in a way that toys, gadgets, and beautiful women cannot.

While we are not invited to save the millions of denizens of a city, we are regularly invited by Christ to sacrifice in our daily lives, whether we know it or not, multiple times daily we are called to sacrifice. These usually occur in the most anonymous of ways, the sacrifice of time to listen to joys and sorrows of those around us, in spite of our own agenda and “all the things we need to get done”; allowing others to take our seat; letting someone else have the last word, even though we know we’re right. Sacrifice should hurt just a little for the short term. Discomfort leads to spiritual growth, but more importantly it leads to greater union with the sacrifice of Christ.

In light of the tragic events in Colorado surrounding the release of The Dark Knight Rises, the film’s thematic emphasis on resurrection, becomes that much more relevant. The title of the film all but shouts resurrection from the mountaintops, and the film unblinkingly explores the implications resurrection means for its characters. More importantly the film’s exploration invites its audience to reflect and examine their own experiences of resurrection, while also calling for openness to the possibilities it brings.

As believers we often take the resurrection for granted. It occurs like clockwork once every liturgical year. We forget the fear and trembling of the disciples in the upper room. We forget Thomas touching Christ’s wounds. We forget the surprised delight of Mary Magdalene encountering her Lord at the tomb. All of these moments were unexpected, they occurred after the story was finished. Resurrection occurs when we, to steal a phrase from John Lennon, are busy making other plans.

In The Dark Knight Rises we meet Bruce Wayne, beaten and battered, hidden, in isolation from the world and all relationships. He has seemingly lost everything, his health, his reputation, and the love of his life. All has been lost for the sake of the people of Gotham. Bruce Wayne has a firm understanding as to how his story is to finish: alone, apart, in ruin. His story has all the fundamental components of a tragedy — a great man with a fatal flaw winds up destroyed by that very flaw. And yet, the end is not where it is expected. Bruce Wayne and his alter-ego the Batman rise again. There is new life and it occurs at the most unexpected of moments by the most unlikely of circumstances. For Bruce Wayne it occurs when he encounters a thief, the iconic Catwoman, who stirs in him the first movements of renewal, while the surface level attraction is sexual, the underlying appeal of Catwoman is identification and hope. Bruce Wayne recognizes his own story in Catwoman/Selina Kyle, someone who has transcended the challenges and darkness of their past to thrive in the here and now. While Catwoman’s story has been one of self-seeking, he recognizes a glimmer of light within her, which speaks to a desire that goes beyond personal gain. It is this glimmer of light that proves to be the impetus for resurrection.

Resurrection flips traditional narrative conventions upside down. We all think we know how our story is supposed to turn out, but God has other, better ideas. The thematic thrust of the Dark Knight trilogy is two-fold: sacrifice and resurrection. The sacrifice, the loss we encounter everyday are inevitably followed by resurrections, which occur in the most unlikely and surprising of ways. This two-fold model is the fundamental dynamic of the authentic Christian life. Our sacrifices and the resurrections we encounter are rarely of Batman proportions — let alone Scriptural proportions — and yet our invitation is clear: to let go of self — to the point of discomfort — for the sake of others, to die small deaths each day and believe that the resurrection will come in ways we could never imagine. We tell stories with logic and structure: a beginning, middle, and end. The story God tells is different: there is a beginning, there is a middle, but there is no end.