The diminuitive, elderly nun took the microphone before our audience of several thousand at the Convention Center in downtown Los Angeles. As she began, there was a hush: “My grandfather was a slave for the Jesuits at Georgetown.”

Though the ownership of African American slaves by Catholic landowners, bishops, and religious orders of men and women in the southern states is well-documented, it is not well-known by American Catholics today. I can attest that this particular fact was missing from my parochial school education. I was left to discover it later on, in U.S. Catholic history class in the seminary.

As a matter of historical record, no U.S. bishop argued for the complete abolition of slavery before the Civil War (some vigorously argued for it). As a matter of context, it should be noted that most of those identified with the abolitionist cause thought of Catholicism�like slavery�as an offensive institution, one that kept people intellectually and spiritually in chains. The abolitionists did not make enticing allies for a Catholic bishop.

At the same time, Catholics could hide behind the alleged fact that Pope Gregory XVI had condemned the slave trade but not slavery itself (the actual text of his Bull suggests he condemned racial slavery itself).

So when you add it all together, there appears a certain historical complicity in slavery on the part of the Catholic Church, both in terms of participation and silence. It’s a bit of a shock for contemporary Catholics who generally see themselves as the children of struggling immigrants from various parts of the world. Except for African American Catholics, who didn’t come here as willing immigrants, and who generally don’t need to be reminded of the existence of slavery or that Catholicism was a part of it. For many, this is how their families came to the faith.

What are we to do about all this now ? Some will ask, what good does it do to dig up and drag out the past? Inevitably some will complain that it scandalizes the faithful.

But the truth will set us free, Jesus reminded us. And, as Father Donald Cozzens has forcefully argued in his excellent book Sacred Silence: Denial and the Crisis in the Church , a consistent covering up of the sins of the church is actually bad for the church. It hurts us and keeps us divided.

The large gathering I mentioned at the beginning of this article (where the nun spoke) was actually a large prayer service in the summer of 2000, where we tried to acknowledge the sins and hurts in the Catholic Church’s past. Irony of ironies, the presider was Cardinal Bernard Law , who made reference to sex abuse(!), rough words, racism, and more, and noted that “the church should be a sign of unity, of hope. To the extent that we have not been�we acknowledge our faults and ask God’s pardon.”

The elderly African American nun who spoke of her grandfather’s enslavement was Sister Mary Paul Lee; she also spoke eloquently of her own experiences being the target of racism. Nor was she rosy about the present or the future. Racism remains in church and society. She thought there many challenges yet to be overcome.

And yet, in the end, she spoke about how her faith has endured, despite everything. We saw the strength in her. She claims inspiration from her grandfather, who kept the faith despite what he suffered from his Jesuit captors.

With God as our strength, we need not be afraid of the truth. 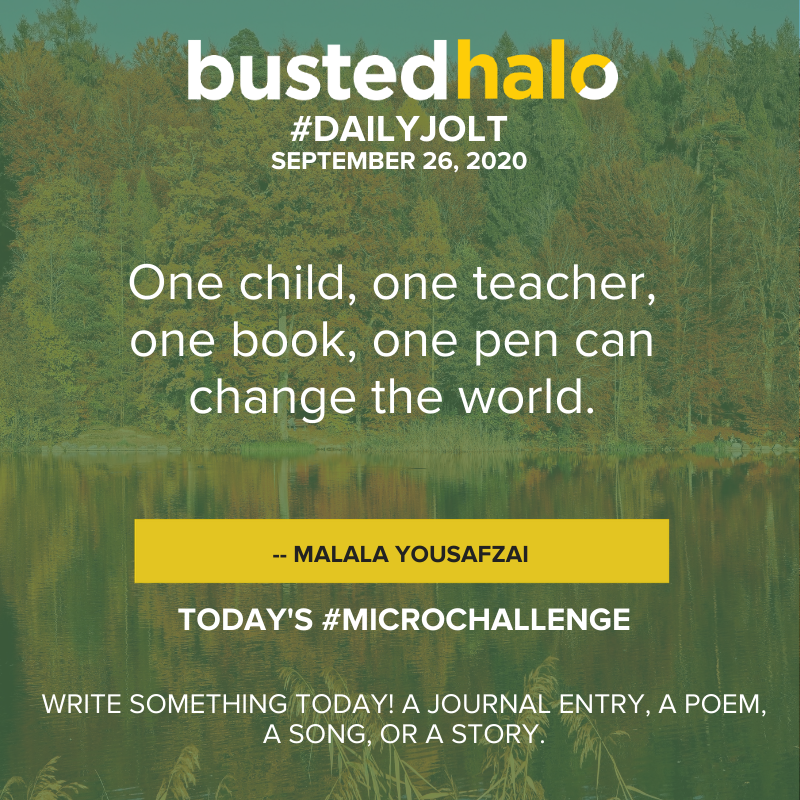