I’ve never been to an AA meeting, but feel like the mantra is appropriate here in admitting to the world, “My name is Carolyn and I am a recovering Oprah-holic.” Though I was able to put the brakes on my problem before it became an addiction, I was headed in that direction two years ago during Lent, when I sought solace in self-help and self-pity. I was one of thousands of people who joined Oprah’s Book Club featuring A New Earth: Awakening to your Life’s Purpose by Eckhart Tolle. I joined for a couple of reasons. One, I was experiencing a particularly brutal winter of Seasonal Affective Disorder while editing a book of Iraq War narratives and living in my hometown in the aftermath of my mom’s death. Though my parents’ home of 32 years had been sold, and my family now lived in various parts of the country, I stayed behind. I was stuck in a place of denial and despair, knowing I couldn’t continue living in the past, but unable to fathom the future. Winter in upstate New York had become my personal purgatory; one is constantly waiting: for light, for warmth, for spring, and, in my case, to be someplace else.

I craved the socialization and stimulation that a book club might provide, albeit online, as much as I did the “revolutionary,” spiritual insights I would no doubt receive during the ten short weeks to enlightenment that Oprah and Tolle (Opie and Tolle forever more) dutifully promised.

When signing up, you’re required to enter a username and password. I typed in “My Assisi.” Assisi is the name of my Jack Russell/Beagle, a rescued dog with heartworm and panic disorder. My application to adopt Sisi was initially rejected. I was not a homeowner with a yard fit for a dog, just a graduate student who wanted this dog and only this dog the moment our eyes met (she reminded me of Eddie from Frasier). If there is such a thing as a soul mate, this four-legged beast was indeed mine. I decorated my apartment with pictures of St. Francis of Assisi, patron saint of animals, and said a nine-day novena. When I got the phone call saying the dog was mine, I named her Assisi in thanks and homage, knowing it had to be divine intervention and not my proof of income pay stub that had worked. Yet when I checked my email a few days later, I read that I would not be able to take Oprah’s online class unless I changed my username, which was deemed by the powers that be as “inappropriate.”

Huh? All I can surmise is that when linked together as “myassisi” the “my ass” aspect of it could have been crude. Blame it on syntax, if you will, or on an intern at Oprah.com who has never looked at a map of Italy. Either way, my mutt and me were busted by Oprah before the journey toward online enlightenment had even begun.

Refusing to take no for an answer, (and because I had already bought the book) I changed the user name to “My Radner” (as in favorite comedienne, Gilda) and was ultimately allowed back in the cyber-circle of trust.

You just need to purchase one more thing

I can’t get past the irony in pushing enlightenment and Post-its at the same time. “You will find God, but only AFTER you highlight the important parts with a 3M Post-it highlighting pen!”

“Get awakened to your life’s possibilities!” the screen sang, and FOR FREE! But before you commit to this ten-week boot-camp-towards-bliss, you needed to purchase one more thing: the new 3M Post-it highlighting pen, a multitasking genius gadget for only $6.95 which holds within it miniature Post-it stickers. The pen and the Post-its were ESSENTIAL to your “success” in the book club; product placement on behalf of the Post-it manufacturer was rampant — commercials interrupted the book club discussion every ten minutes. “I just can’t enjoy my book without it!” deemed a Vanna White-type actress sitting next to a fireplace, highlighting the hell out of her book, from which Post-its emerged on the top of every page.

In retrospect, I can’t get past the irony in pushing enlightenment and Post-its at the same time. “You will find God, but only AFTER you highlight the important parts with a 3M Post-it highlighting pen!” Of course, the multi-tasking pen also holds within it miniature Post-its stickers, which one will inevitably need to purchase refills for.

Interesting that when I recently looked up the 3M Post-it highlighting pen on Amazon, it featured for “Customers who bought this item also bought”: 1) A New Earth: Awakening to Your Life’s Purpose (Oprah’s Book Club, Selection 61) and 2) The Power of Now: A Guide to Spiritual Enlightenment.

It is two years later, and the insidious circle of a commercialized book club, Post-it products, and the “Log on for enlightenment” credo makes me realize just how bad that winter depression really was — a time when I could barely get out of bed, let alone realize the lunacy of the fact that my life’s purpose was now dependant on purchasing a pen that is pregnant with Post-its. Ironically, now the pen and the promise of spiritual awakening are available on Amazon in a one-click transaction. I wonder if there is free shipping and salvation too, if your soul qualifies.

“CUSTOMERS WHO ALSO BOUGHT IT,” indeed: fools like me who also bought the idea of logging on for enlightenment. I’m not buying it now — the premise or the products. While the text puts forth worthwhile ideas for living simply and shunning one’s ego, the presentation is in complete opposition to the message, rendering it ridiculous. Interesting too is the irony of the fact that the name Assisi was banned from the book club, when St. Francis is an historical example of someone who actually shunned materialism and status, not to mention a gentle soul who represents the beauty of nature and of animals.

I’m waiting for the day when the Bible becomes an Oprah’s Book Club pick. Can’t you see it now? It will be the ultimate universal sell, igniting “webinar” ranting from Christians, Jews, Buddhists, Muslims and everyone in between, jacking Amazon sales towards an all-time high, as everyone begins highlighting his or her way to heaven.

When spring finally sprang, I began to feel like I too was brought back from the dead; at least the dead of winter and the naïve belief that an online book club could somehow explain seasonal depression and grief. Did I really think I’d find answers to existential questions in ten weeks from an online book club, while filling out tedious exercises with a magic pen directed by Oprah and Eckhart “highlight-the-whole-damn-book” Tolle? I realized that enlightenment can’t be bought, peace can’t be purchased; nor can perfection.

The meaning of Easter is at once miraculous. The Son of God rises from the dead, life triumphs over death, there is peace on earth and hope is restored. Hard to believe? Yes, but that’s the message I’m buying this time. And it happens to be cheaper than a Post-it pen. 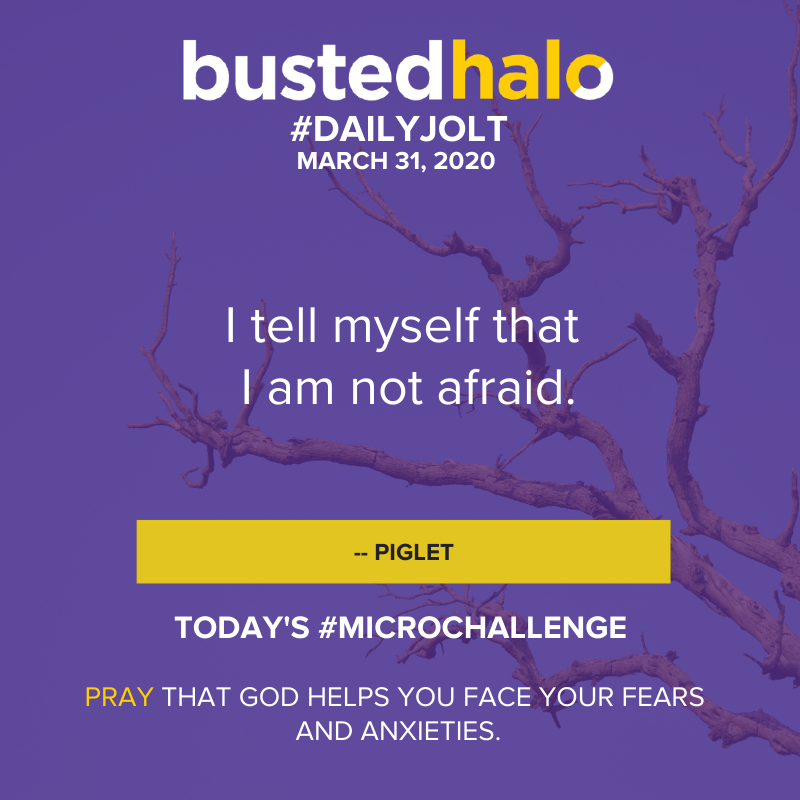