BustedHalo: What are the greatest challenges facing internet news?

Merrill Brown: Well, the greatest challenge for the mainstream media is trying to figure out how to create a commercial set of strategies that can make quality journalism affordable. Very few people have proven that there is significant profitability in doing high-quality content of almost any kind that’s original. That’s the underlying challenge that all the big media companies face. Likewise, people who run small blogs and small publications face a similar challenge, namely that there’s this great big ad marketplace out there, but how does one get one’s fair share of it? The trick is to figure out how to evolve subscription and advertising strategies so that the cost of producing materials can be fully supported by the medium.

BH: Yeah, tell me about it…

MB: But you know, a lot of people worry about these issues more than I do, because I believe that with the passage of time they’ll work themselves out. I mean, in 1946 you couldn’t support “60 Minutes” on a television network, because there were distribution challenges and the underlying economics of the medium hadn’t been invented yet. But they figured it out, just as we will work it out with the internet, as long as sites produce quality material. And, as I said before, the internet doesn’t have to overcome the distribution bottlenecks of the past.

To me, that’s the most wonderful thing about the internet and News21—a bunch of graduate students can start a website from scratch, and anybody, anywhere in the world can see it, communicate with it, and begin to discuss really important issues. It’s like what you do at your site, and there was nothing comparable to this 15 years ago. Think about it. What would you do if you’d wanted to create this kind of content in 1991? I guess in theory you might have faxed material to people. Otherwise, there was absolutely no way to do what you do today.

BH: So how did “Faces of Faith” come about? Was it your idea, or did it come from graduate students?

MB: Actually, it came from the deans of the participating journalism schools. Before the fellows are selected and the winter/spring semester courses and the summer programs are designed, the deans consult with the foundations to come up with an annual topic. Last year’s topic was liberty and security, and this year it was religion and spirituality.

MB: I guess principally because it’s been on so many people’s minds in the context of the Middle East in recent years. And the deans kept coming back to how they wanted to get some expertise in the hands of their graduate students, and religion requires expertise to be covered well. Historically, journalists have not covered religion well, and they still often fall short today.

MB: I think it’s partly because religion is one of those private matters that journalism doesn’t perceive as coming in and out of public policy debates, or election debates. Mainstream journalism is better suited to deal with more conventional institutional matters, like political affairs and health and environment issues. I think journalists as a rule are a little uncomfortable with spirituality and the personal nature of it. It’s a daunting subject.

“I think it’s impossible to look at the daily news agenda and not realize that so much in political and social life requires an understanding of spiritual matters.”

But there’s almost a kind of schizophrenia about religion, because anybody who’s ever been involved in a weekly newsmagazine knows that religious topics sell. There’s nothing like that fourth-quarter, fresh take on Christianity to move a lot of magazines off the newsstand. So the journalism business has always been of multiple minds about religion. But you probably have a better take on that than I do because you’ve lived with it. I had no background in religion journalism until we started “Faces of Faith” a year ago.

BH: So is it your sense that religion stories are, or should be, covered differently than other stories?

MB: I think it’s impossible to look at the daily news agenda and not realize that so much in political and social life requires an understanding of spiritual matters. And I think the fellows involved in the “Faces of Faith” project came out of the program with a deeper appreciation for the complexity and magnitude of the stories they covered. And I think that the faculty who were involved, many of whom have expertise in religion, feel like their views were reinforced and intensified. Everybody left the program inspired by the topic, and convinced that it needs to be taken more seriously both by the journalism education community and the larger journalism community.

BH: “Faces of Faith” certainly dug deep on stories I wasn’t familiar with. For example, there’s a great video and text package on the Mandaeans, a little-known Gnostic faith that pre-dates Christianity, venerates John the Baptist, and faces extinction because of war in Iraq. Was that a primary goal of the project—for students to explore neglected religion stories?

MB: Yes. We hoped the fellows would get a very fresh take on things and not mimic stuff that’s out there. They started the program by researching topics so they’d know what had been done, and then they assessed the media landscape so they would understand the context around the stories they were considering journalistically. And then they were urged to really do some scholarship, to think about facets of the issue that are new and under-covered and need the spotlight put on them.

One of the premises of the program is that the relationship between scholarship and journalism is really important, and what we try to do in the semester leading into the summer reporting program is to bring in some of the best minds in the community, and from the faculty where the fellows are going to school, to demonstrate the point that quality journalism and good reporting and scholarship go hand-in-hand in creating meaningful work.

BH: Is there any talk of getting funding to make “Faces of Faith” an ongoing venture?

MB: Yes, there was talk about doing that with last year’s project, and we’re talking about it again with this year’s topic because religion is so compelling. And there may be people who’d be interested in funding it as an ongoing effort. Ultimately, the decision is up to the deans of the five schools, so we’ll see where it leads.

BH: Do you have a sense from what you’re hearing what might be the important religion stories over the next year or so?

MB: That question might best be directed to someone like Ari Goldman at Columbia or Diane Winston at USC. But the thing I keep reading about, and keep hearing about in conversations with the fellows at the campuses I visit, is the integration of multiple faiths in places where those faiths hadn’t existed historically. And it’s not simply about Iraq and the Muslim world. In places like Britain and Western Europe, for example, where cultural tensions are high, the question of integration is critically important to the underlying health of the government.

Everywhere people of all faiths are moving around in ways they hadn’t before. How will nations integrate these people and consolidate their efforts behind existing governments? This is a big issue in the United States. What happens as more and more people of different faiths get elected to Congress? Of course, we have a Muslim in Congress today, and that’s proved to be a huge story. Integration will only become a bigger story in the coming years.

This story originally appeared on SoMAreview.com. 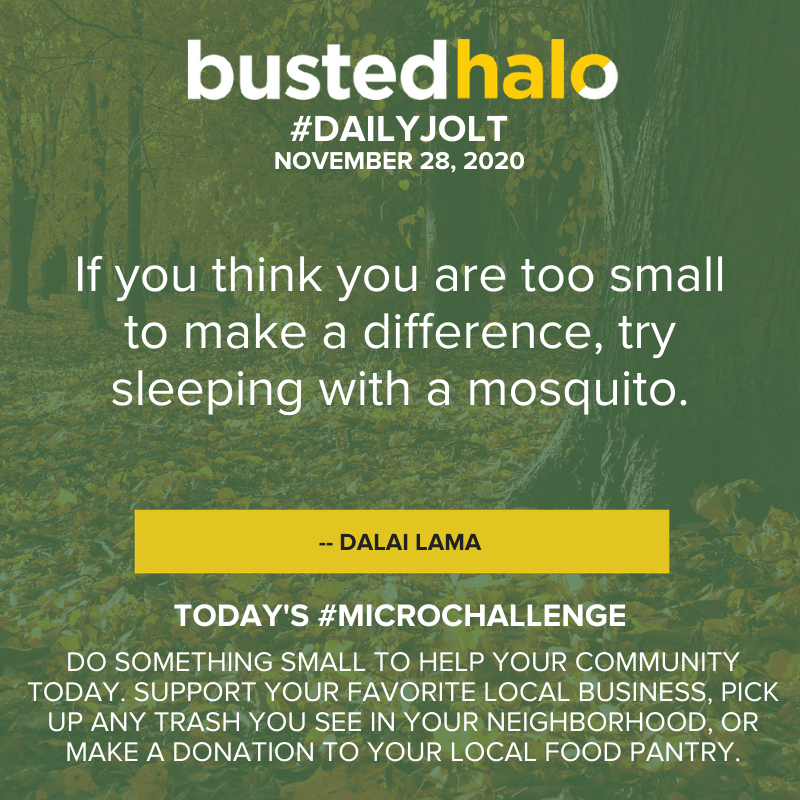