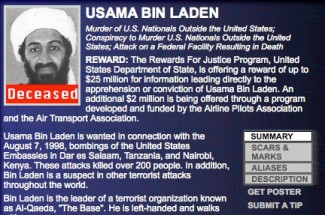 I probably shouldn’t say this, but I REALLY do not like the Sunday Gospel… the one where Jesus says that you have to forgive “not seven times but seventy-seven times.”  I think today, I’d rather read a Gospel like Luke 17:1, where Jesus says, “Things that cause sin will inevitably occur, but woe to the person through whom they occur. It would be better for him if a millstone were put around his neck and he be thrown into the sea than for him to cause one of these little ones to sin.”

A question that has been asked of a lot of people over the past few days is, “Where were you ten years ago today?” I was walking into work—with a cup of Dunkin Donuts in my hand—and without having heard what was going on an office worker asked me if I was ready to go to war. Like everyone, I called family to make sure that they were alright. Like many people but not everyone, I found out that they were okay. And like a lot of other people, I had an overwhelming desire to go to church, to receive the comfort that only church can provide. Many needed the comfort of church because they had lost loved ones. But everyone who went needed the comfort of a God who offered a vision of a world that was infinitely different from the madness of the world that was suddenly around us all. We needed comfort amidst the sudden loss of normality.

But in the midst of all of the retrospectives about that day ten years ago, the memories from ANOTHER day have also been creeping into my head: the night of Sunday, May 1st. I was working on an end-of-the-school-year project for this class and—as I am sometimes wont to do when I have a big assignment—I was procrastinating on some of the news web sites when the early reports started coming in that Osama Bin Laden had been killed. Soon after the official announcement was made, I began to see the roll of Facebook status updates relay the reaction. Celebration. Rejoicing. Thanking those who had served in the military. Remembrance of those who had passed. There were some who were questioning the morality over the celebration of the death of another human being. Why people were going out on the streets like some would during a Super Bowl Victory. But I wasn’t among those people.

No, I was frustrated…because I WANTED to be out with the revelers in front of the White House, taking in this historic moment. Without questioning the justice of what happened to Bin Laden—that’s a different and a far more complicated discussion — I have to say that like many, I had not a little bit of vengeance in my heart. Bin Laden finally got his…and I did not miss breakfast the next morning that he DID actually have a millstone tied to his neck and thrown into the sea. I was not only thinking of the horrors that Bin Laden caused that day, but also of the ten years of madness that man unleashed. I thought of the constant state of threat and unease his actions created. The ensuring wars. The thousands of US Soldiers and the tens of thousands civilians who have been killed. The gradual whittling away of our civil rights and our freedoms. The patdowns at airports. And I thought of all of our innocent brothers and sisters of the Islamic faith who have since had to live in a state of suspicion and fear for the past ten years. All because of Bin Laden and his crazy minions. No, I did not want to hear today’s Gospel reading… I wanted to hear about the woe that would befall the one who caused others to sin. That would have been more comforting.

Still, as are most challenging things, this forgiveness stuff can be a pretty dicey game. There is somebody in my life who, three years ago, acted in an incredibly rude way and said an unkind word to me… I have not completely forgiven him in my heart yet. I know I need to and I know I SHOULD, but… I share that only to say that if I am having a hard time forgiving someone for an occasion of disrespect, I cannot imagine the effort it would take for those who lost loved ones on that day to forgive the assailants of that horrible crime. Of those who lost loved ones or had loved ones injured in the subsequent wars that came out of a direct result of that day. And while in today’s reading, Jesus says that we must forgive 77 times…what happens when the number of those we have lost far exceeds 78?

A few months ago, I was attending a workshop on forgiveness and the speaker talked about just this dynamic…and he made an interesting observation. When he talked about the enormity of some offenses that makes forgiveness almost impossible, he used Jesus on the cross as just such an example. Because while Jesus was undergoing that humiliating, tortuous death, Jesus did not in fact forgive his persecutors. He did not say “I forgive you,” but “FATHER forgive them.” What the presenter was saying that what Jesus was saying was…“FATHER, these sins being committed against me are just too big. The human side of myself is not able to do it…so YOU have to forgive them because I can’t.” And in doing so, Jesus shows us why he is Emmanuel, “God WITH us.” A God who lives with all of the human weaknesses that we do…and shows us how to overcome those weaknesses by asking for the help we need. And therein lies our salvation.

In Jesus, we are both given the challenge to forgive… and the comfort that the grace necessary will be given to at least start the process of forgiveness. To forgive all of the little injustices done to us… and to forgive the monstrous acts that have destroyed the lives of thousands and have rippled across the years. The grace necessary to at least start the process of forgiveness when an apology is not forthcoming…when our hurt, our anger, our pride, and our confusion still feels overwhelming. The Chrsitian value of forgiveness…yes it continues to be the popcorn kernel stuck in our teeth, the one we can’t get around no matter how much we might want to. But for those crimes that prove to great, maybe a willingness to forgive—if not an full ability to forgive — is all we can muster, even ten years later. Or maybe even with a willingness to be willing—if the true desires of our heart are not pointing in that direction — and ask God to do the rest.

To at least—with God’s help—start the process of forgiveness. Even towards those people who ten years ago…even those.