the conversation between Cardinal Timothy Dolan and Stephen Colbert held at Fordham University on September 14 and moderated by Fr. Jim Martin, S.J. -- but chances are you didn’t hear about from someone who was actually there. Due to the media blackout surrounding the event, no major news sources were present. Lucky for you, we, the Busted Halo interns, study at Fordham and were able to attend “The Cardinal and Colbert: Humor, Joy, and the Spiritual Life." We’re here to provide an eyewitness account of the discussion, the events preceding it, and how it affected us..." /> Skip to content

You may have read about the conversation between Cardinal Timothy Dolan and Stephen Colbert held at Fordham University on September 14 and moderated by Fr. Jim Martin, S.J. — but chances are you didn’t hear about from someone who was actually there. Due to the media blackout surrounding the event, no major news sources were present. Lucky for you, we, the Busted Halo interns, study at Fordham and were able to attend “The Cardinal and Colbert: Humor, Joy, and the Spiritual Life.” We’re here to provide an eyewitness account of the discussion, the events preceding it, and how it affected us… 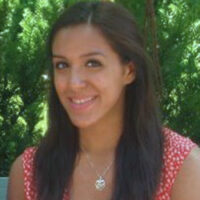 Rachel’s Story: Up before dawn. Hours of waiting. Lack of sleep. But as I said before and will say again, it was worth it. When I first heard that Cardinal Dolan and Stephen Colbert were leading a discussion on humor and spirituality, I knew I wanted one of the 3,000 or so coveted spots in that audience. In the days leading up to the event, I meticulously formulated a plan of attack. I awoke at 4:30 am the day before the event and found myself waiting on line with my friends at precisely five in the morning, a solid three hours before Fordham started handing out tickets. Yes, I sat in the street. Yes, I played Apples to Apples in the dark to keep myself occupied. Yes, I bought an overpriced doughnut from some girl not only because I was starving but also because I was terrified of losing my spot. But when that blue wristband was put on my arm, I knew I wouldn’t have done anything differently.

On Friday, September 14, I was a ball of energy and excitement, and so was everyone else. Just sitting in the Rose Hill Gymnasium, I felt electricity surging through every student, faculty member, and guest. It was a powerful and phenomenal feeling, knowing that we were all present as a community to hear such prominent figures speak on the importance and use of humor in faith and spirituality.

I’m not going to lie, I don’t know that much about Cardinal Dolan, so I was incredibly surprised to see he was such a friendly, funny and, dare I say, jolly man. It made me a little ashamed that I didn’t pay more attention during my high school senior mass, held in St. Patrick’s Cathedral and presided over by Cardinal Dolan.

Seeing Stephen Colbert out of character and openly talking about his deeply rooted Catholic faith was inspiring. One of my favorite quotes of the evening from him was, “Are there flaws in the Church? Absolutely. But is there beauty everywhere? Absolutely.” It’s statements like these that stick with a person for life, especially a young person trying to find their place in the world and within the Church. 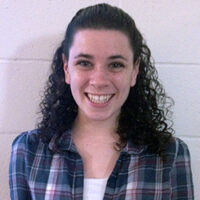 Bernadette’s Story: A lot of preparation on the part of the Fordham University Theology Department was put into an idea that would turn out to be the most memorable event that has taken place at Fordham in my tenure as a student here thus far. Students started to hear rumors this past summer about the possibility of Cardinal Dolan and Stephen Colbert coming to speak. There was a lot of anticipation and build-up of excitement for the upcoming event. I personally spent six and a half hours collectively waiting with my friends for the tickets, for admission into the Lombardi Center, and for the actual event to start. Despite all of this build-up, the event certainly did not disappoint; in fact, it exceeded expectations.

It was particularly exciting to spend the evening with my close friends while listening and watching a conversation take place between a prominent church official and a main-stream, primetime comedian. I have been to the Cardinal’s mass at St. Patrick’s Cathedral and I sporadically tune into the Colbert Report, so I thought that I had a pretty good idea of what was to happen. However, I was entirely wrong. It was not just two men coming together to talk about religion—it was much more than that. After the electrifying cheers that followed the introduction of both Colbert and Dolan, the chemistry between the two men, who had only met once before this occasion, was profound.

Anyone lucky enough to get seats close to the stage could see Mr. Colbert’s facial expressions. He seemed captivated by the Cardinal and appeared to be hanging on to every word. I couldn’t help but think of all of the famous celebrities that appear nightly on the Colbert Report without its host ever batting an eye. However, this night Mr. Colbert looked like a little boy meeting his favorite athlete for the first time as he listened to the Cardinal speak.

One particular part of the event will remain with me for years to come. I was struck by Mr. Colbert’s saying, “Joy is the infallible sign of the presence of God.” This quote really spoke to me because this is an idea that I have felt for some time but never heard articulated so well. Never in my life would I think that something this comedian could say would have such an impact on me. This evening was full of surprises and I will remember it for years to come.

As you can tell, we each had our own unique experience and were affected by different aspects of the event. Yet the same message resonated with the entire audience in the Rose Hill Gymnasium — that humor and laughter are essential not only in faith but also in life.