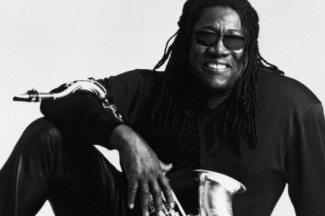 When Clarence Clemons joined the E Street Band in October 1972, I was six months old. He was just beginning his musical partnership in a New Jersey shore town that was recovering from a race riot that had destroyed the city and I was just beginning my life in a suburban New Jersey town 60 miles away, whose last major disturbance was the arrival of George Washington’s troops at Jockey Hollow. For the most part, the major shocks of the Civil Rights Movement of the 1960s were settling down into a very long hangover in which the following generations — mine included — would have to learn how to bridge the divides and the injustices of the past by simply learning how to live with one another.

But growing up in 1980s suburbia, I was allowed to skip a lot of that navigation. The tumult of the 60s was simply material for history books and my only real exposure to class and race differences came from the local news. But at some point — how could it not growing up in New Jersey — Bruce Springsteen and his “heart-stopping, house-rocking, earth-shaking, booty-quaking, legendary” garage band entered my life and began to give me glimpses of a world I had sensed was beyond the one in which I was living but did not yet have the language to articulate. (And yes, I left some additional descriptions of the band out, but what can I say? The Vatican is watching.)

To be sure, these rock-infused glimpses of the world beyond my own were received comfortably. The way my mind had been programmed to translate life at that point, “Born in the USA” could easily be heard as a patriotic anthem, not a betrayal of American heroes. “My Hometown” could be understood as homage to Main Street America, not a lament against the loss of the communities who live on that street. But at some point, while watching the video for “Born to Run” for the first time, I saw something I had never seen before:

A black man and a white man engaged in a kiss.

Right in the beginning of the video, right after we hear Bruce telling the crowd that “Nobody wins unless everybody wins,” the Boss slides over to Clarence Clemons and the Big Man just plops one on Springsteen’s lips and both went on playing as if nothing had happened. Because in fact nothing had really happened… and yet everything had really happened. Within the space of a split-second, we were all given a glimpse into a special friendship that, in it’s own way, asked the rest of us to push beyond our own realities a little further… even if that new understanding of friendship lay just beyond the regular boundaries of suburbia.

Bruce Springsteen recently announced the he would be embarking on yet another world tour — the first tour of the E Street Band since the passing of Clarence Clemons. I don’t quite know how I’ll react the first time I am in a hockey arena when Roy Bittan plays the first keys of “Jungleland.” I suspect that that’s when the realization will really hit me that a saxophone that once presided so majestically over a story about a place far from suburban America will no longer be holding court. Even for someone who is not usually prone to outward expressions of sadness, I can imagine that I will shed more than a few tears at that moment. But I can also imagine myself being comforted by the memory of a kiss between two unlikely — for lack of a better term — lovers. I can imagine myself being comforted because the boundaries broken by that kiss have eternal repercussions for all of us.