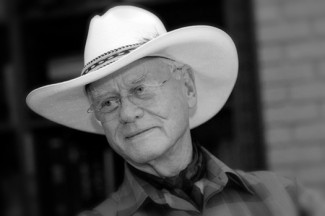 Three years ago, I spent my pastoral year of seminary training in Austin, Texas. At the same time a certain MTV program about my home state came on the air: Jersey Shore. For the next few months, parishioners peppered me with questions about the likes of JWoww, Snooki and The Situation as if I knew them. But just as I began to get indignant about the unfair prejudices lobbed against my beloved Garden State, I realized that I too had my own television-influenced biases regarding the Lone Star State. Up until that point, everything I knew about Texas I learned from J. R. Ewing.

There are overlaps between these characters from our respective home states. They were the center of attention for American TV viewers, and they represented the… um… less-than-positive side of human nature. Of course, just as the parishioners in Texas were nothing like the people on Dallas, I didn’t resemble Jersey Shore‘s cast too much. (I’m too Irish to have tanning be that much a part of my life.) But the assortment of humanity offered by Jersey Shore and the greatest villain on Dallas did have one major difference: J. R. Ewing was simply delightful in his depravity.

Of course, there was a lot more to Larry Hagman than J. R. Ewing, the fictional character he played on TV. Unlike his alter ego — and most of the rest of us — Hagman kept silent one day out of the week. “You’ve got to try it to appreciate how nice it is,” he said. When people approached him for an autograph, he would ask them to sing him a song or tell him a joke so that he would get something out of the exchange as well. And unlike J.R. Ewing, Hagman was very much loved in real life; two of his long-term Dallas co-stars (Patrick Duffy and Linda Grey) as well as his wife of 50 years were at his bedside when he passed.

Still, there’s no getting around J. R. Ewing. Most people apologize for their selfishness; he reveled in it. And maybe that’s why, on some level, we liked to watch him. After all, while certain elements of Catholic culture are designed to make you feel guilty about almost anything, J. R. felt guilty about nothing. He fooled around with whomever he wanted. He spent money without thought. He personally and financially wrecked the people whom he didn’t like. And he did it all with a ready quip, a devil-may-care smile, and with the kind of nonchalance so many of us might want to display in real life but rarely get to.

But the brilliance Hagman brought to the role is that as entertaining as J.R.’s sociopathic behavior could be (and it was truly sociopathic), Hagman also made sure that we hated the character just the same. After all, no one was really sorry when J.R. was shot. We just wanted to know who did it because so many of us wanted to do the same thing. And similarly, we sometimes want to get rid of those darker parts that lie within all of us, regardless of your home state.

In many ways, that was Hagman’s gift: to give us someone who showed us what a person becomes when the sinful part of them goes unchecked, and to provide us with an opportunity (albeit entertainingly) to confront those elements. Maintaining that balance could not have been easy. A lesser actor would have made J.R. either too likeable (thus allowing us to buy into excuses for his behavior) or too hated (thus allowing the audience to overlook those darker qualities within themselves). Instead, Hagman was able to help us recognize (and dare I say appreciate?) the evil that lay within all of us and to reject it at the same time. However Hagman the actor managed to hold that balance, he was delightful to watch.