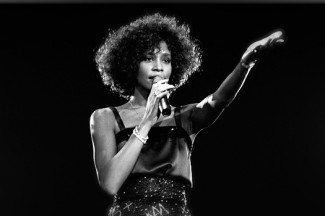 She was the beauty that was once revered for having the most beautiful voice in the world, garnering such an impressive array of recognition for her talents that she held the Guinness Book of World Records title for most awarded female act of all time in 2009. While the social legacy of Whitney Houston is still under construction as the entire world wrestles with the tension of the troubled and struggling woman who sang the songs of our lives and touched millions of hearts, my mind is made up.

Whitney Houston’s remade version of “The Greatest Love of All” hit the charts in 1986, the year I graduated high school. Though it wasn’t the song our school choir sang, it was the “unofficial official” theme song of inspiration and courage for most of us who walked across the stage unsure of the road ahead. The inimitable and soulful way she sang that pivotal verse, “I decided long ago, never to walk in anyone’s shadow. If I fail, if I succeed, at least I’ll live as I believe. No matter what they take from me, they can’t take away my dignity!” still makes my heart skip, for she gave us the language to go out into the world and try life.

Whitney was among the few voices of the world permitting us — rather, encouraging us — to be who we are and know that we, as we are, have something great to give. She also said that it won’t be easy. Our efforts won’t always be successful, and people won’t always be gracious or kind. But, never forget that our true value is contained in a dignity given by God — the Greatest Love of All — and can neither be added to nor taken away by anyone. Talk about a boost to a confused group of grads who were charged by many to go out and change the world! People around the globe may have had similar thoughts upon hearing the song because it sold more than 25 million copies worldwide!

As it seems to be in so many cases, life imitates art. Though of a famous lineage, the late Ms. Houston did not walk in anyone’s shadow, rather, she illumined the way for many others to gain time in the spotlight and have their say. Also, along with her astounding successes, she experienced some notorious failures from which, save the last one, she tried to recover. I’m certain that the notoriety of her failures will fuel thoughtless gossip outlets for some time to come. Nevertheless, “dignity” is the word that she makes soar in the song, and she taught me that as long as I remember and invest in my true, God-given value, I will always have a platform upon which I can stand and build myself up again. So, for me, Whitney Houston will always be a valued sister for whom I pray for peace and thank for her spirit and talents. Her lasting words in my ears will forever be the final line of her motivating song, “Find your strength in love.” Rest in peace and gratitude, Whitney!