BH: Was your attraction to the Church more on an intellectual level or emotional?

ET: Emotional and intellectual. Very much both. And an aesthetic pull. So much about the Church really — you know how there’s poems that you like, but they’re not necessarily describing something true in the world, they’re just sort of pretty, and then there are those that are really beautiful and meaningful — and the Church, the more I learned about it the more it felt like that second thing. And that’s continued to be true, the more I explore Catholic history and devotional writing and stuff like that, the more awesome things I find. It’s kind of heartbreaking because there’s so much that contemporary Catholics don’t know about.

BH: Can you mention something that breaks your heart that you see that we should know more about?

ET: Well obviously the theology of friendship, which is one of my big hobbyhorses. But in general I think that if people knew more about the faith and about Catholic history[ they would be less afraid of experimenting and saying things that are not immediately intelligible to Mrs. O’Grady in the pew, like, it’s okay to be weird. It’s okay to do things that have not been approved by your parish priest. Like, to get back to the friendship thing and my own obsessions, you have pastors and spiritual directors counseling gay Catholics not to form close friendships because “it’s dangerous.”

I would challenge the idea that to act on being a lesbian is to have sex with a woman. I think there are a lot of things I do in life that are in some way a result of me being a lesbian, and to me that means that I’m acting on it, even if that turns out to be counseling women with unplanned pregnancies. One major reason I wanted to go into that is because I knew that I had some kind of specific vocation to serve women and that this was a way of doing that. I prefer to think of it as alternative expressions of lesbian desire, rather than not acting on it at all.

BH: When did you decide that celibacy was really the only answer for you?

ET: Oh, well I mean, it didn’t quite happen like that. I was dating this guy, and that didn’t work out. And just in general, one of the things that I’ve learned about myself over the years is that, even when I’m interested in guys, I’m not very good at them. [Laughs.] I’m a much better girlfriend to girls. But on the other hand, as I’ve said, I’ve become progressively less interested in guys and more sort of just lesbian as time has gone on, and because of that there’s been this sort of gradual progression into, you know, breaking up with this dude, into not dating anyone for a while, and then eventually you’re just like, Well all the people I’m interested in dating are off limits, so oh well. So it wasn’t like there was a moment where I decided. It sort of just happened.

BH: It must be difficult though to fall in love with a woman and not want to be physically engaged on some level.

ET: I mean, sort of, but at the same time part of what made me a better girlfriend to girls was that — this is probably making me look too good — I have an image of myself as being very service-oriented and so it’s been relatively easy to translate that into nonsexual friendship and charity and things of that kind. You find other ways to serve and be close to the person that you feel that way about.

BH: It sounds like you’re really deeply committed to this idea of deep friendship. Do you think that’s a tradition that has been lost in the Church?

You know, I always return to this — studies have been done that show that Americans report having fewer close relationships now by a lot than they did thirty years ago. And I think, among other things, that’s part of what’s pushing the movement for gay marriage insofar as marriage has become the only language that we really have — parents and children I guess, as well. Parents, children, and spouses are the only people that we understand, you know, it’s okay to sacrifice for these people, it’s okay to shape your life around this person. You would think it was bizarre if someone moved to a different state, or took a less well-paid job to be closer to their best friend. Why?

There are ways in which it would look like marriage. There are ways in which it is sort of obviously not, but a lot of families — at least this used to be true — a lot of families would sort of have these dyads, these women, who — their husbands died, or one of them never got married, and they spend their old age living comfortably together; you know, one of them is the auntie, the other one’s grandma, or what have you — and really make a home and a life together.

BH: Beyond what the Church talks about, can you talk about why you’re against same-sex marriage?

ET: I think that there actually are secular arguments for this. Americans are both extremely naïve about sex and extremely selfish about marriage. But marriage evolved to structure the specific ways in which sex between a man and woman can be really devastating to society, or really fruitful. In order for men and women to have sex with one another, to avoid causing a lot of disruption and wrong action in society, they have to do a lot of difficult things. The fact that a lot of them don’t want to do those things now and don’t even see those things as related to marriage is part of the problem, not an excuse to further move away from the idea of marriage as the structure. For example, one of the things that you find now if you talk to young people about how do sex and marriage connect, is that a lot them are very into fidelity within marriage — like, if you’re married, you cant have sex with anyone else — but they don’t see marriage as having any effect on their actions before they get married. That was not always true. Marriage exists in large part to structure how you behave before you marry. Not that anyone would expect all or even most people to be completely abstinent before marriage, but if you have that as your goal and ideal, and you have a sense that marriage is at least where it’s proper to be having sex, then you will probably have a little bit less sex outside of marriage. They are making it much less believable that marriage has any other purpose other than putting the good housekeeping seal of approval on your personal relationships.

Americans report having fewer close relationships now by a lot than they did thirty years ago. And I think, among other things, that’s part of what’s pushing the movement for gay marriage… Parents, children, and spouses are the only people that we understand, you know, it’s okay to sacrifice for these people, it’s okay to shape your life around this person. You would think it was bizarre if someone moved to a different state, or took a less well-paid job to be closer to their best friend. Why?

So if humans were perfectly able to control their reproduction, could pick when they had kids and with whom, and men and women are interchangeable both socially and biologically, then you don’t have marriage. Why would you? It arises to manage not only procreation, but also the social and biological differences between men and women prior to reproduction. So, that said, if you have a unisex model of marriage, which is what gay marriage requires, you are no longer able to talk about marriage as regulating heterosexuality and therefore you’re not able to say: Look, there are things that are different about heterosexual and homosexual relationships. There are different dangers, there are different challenges, and, therefore, there are probably going to be different rules. And that’s even if you think that gay sex is morally neutral.

BH: You call yourself conservative on some level. It sounds like your interest in justice might not be fitting people’s easy conception of what conservative means.

ET: I think we need to radically reduce the militarization of the police and just in general what people call the prison industrial complex. That’s one pretty major thing that goes very much against the grain of contemporary right-wing America, and America in general. I shouldn’t even say that. Like, you have to be an actual leftist or, you know, a libertarian to even view this as a problem, which is incredibly depressing. So there’s that. In terms of conservatism I’m very interested in defending authority in institutions while acknowledging their problems.

BH: A lot of what passes for right-wing rhetoric, especially in church circles, seems one-dimensional and ironically anti-institution in terms of government, but deeply Catholic in the sense of devotion to the Church . And yet they are often more selective in listening to the Vatican on issues of economic justice or issues of war…

ET: I completely agree. One of the very oppressing features of contemporary American policy is that you have this whole group of people, right? Like, Catholics are not exactly a minor voting block . And yet to find someone who is down the line Catholic in terms of politics and not compromising toward either the right or the left is very difficult. The statistic that gets trotted out is, a Catholic American is more likely to support torture — not some euphemism, but just torture — than a secular American, and that to me is honestly shocking.

BH: Are you ever worried that when you write for more quote-unquote “conservative” outlets that they’re manipulating you a little bit or using you for their poster child?

ET: It’s not so much when I write for them because I have more control over that, but everyone, including lots of people I can’t stand, wants to have a celibate gay Catholic against same-sex marriage to put on their trophy shelf. And I try to be radically un-useful to them but there’s only so much of that you can really prevent.

To read outtakes from our Eve Tushnet interview, click here. 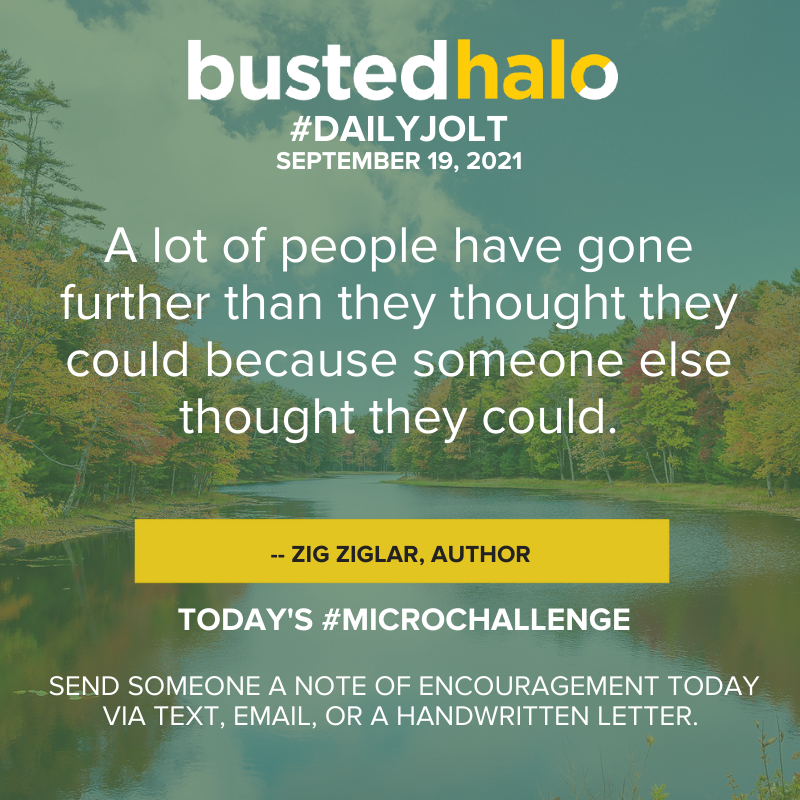