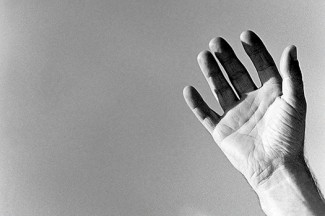 From as early as I can remember, I wanted to be a pediatrician. I had a righteous inclination that God wanted me to be the person to heal others through medicine. This vision persisted until my sophomore year of college, at which point I had to admit to myself I really was not destined to be a pediatrician after a year of struggling through chemistry courses.

During that first year of college, I kept thinking to myself that it didn’t make sense. I was putting so much effort into chemistry — studying for all my quizzes and tests, doing countless practice exercises, attending office hours when I didn’t understand a concept, never missing a lab. My grades weren’t a reflection of the hard work. I loved biology in high school and had even taken AP Biology. I was smart. Why wasn’t this jelling for me?

I was oblivious to it then, but God had been slowly maneuvering me away from my own agenda freshman year and placing me on the path He intended for me the entire time: writing. I had written since I was a young child and often sought refuge penning fictional stories with characters I created at whim in my mind. I often say that I first became an author in third grade, the year I entered a story about a princess and her struggle to make friends outside of the castle into my elementary school’s media festival. My mother helped me make the book in the shape of the princess’ silhouette and meticulously cut pink, transparent, shimmery fabric for the cover. The fabric was fragile and although now it only plays with the dust bunnies underneath my bed, the treasure of it still remains.

I was sure of what God wanted to do with my life and tried, in vain, to make things happen and despaired when they didn’t pan out. You know the drill… but the exact things that didn’t seem to correlate or bear any significance to my calling — such as the frustration with chemistry, accidentally stumbling into the newspaper meeting — were essential events that framed the path I would take.

In college, joining my campus’ student-run newspaper the first semester of my sophomore year was the beginning of God shifting me where I needed to be.

I attended that first newspaper meeting randomly, after seeing a posting about it in the student mailroom. I was assigned my first story, completely clueless about the inverted pyramid, AP Style Guide, and other journalism principles. But I stayed. And I found that the more I reported, the more I felt at ease, full of peace, and like I was finally doing something right. By the end of my sophomore year, I changed my major to journalism. I was beginning to embrace my calling.

But before I could fully get there, I continued to be stubborn, willful, and insistent on making sure the vision I had created in my mind came to pass. You probably know what I’m taking about. Personally, I pursued my own agenda because I had three untrue assumptions about God and how God works:

Over time I realized that the love of writing I had been nurturing from the beginning was to be used as a tool of encouragement, hope and healing to others — the same ideals I had hoped to share with patients as a pediatrician. Writing, simply, was the way that God intended for me to do that, a way that was both intrinsic and suited to my personality and interests. This is the lesson I will never forget and one that I hope you will come to know for yourselves: God will meet you where you are to use you uniquely, because who you are and what you are capable of is what is most needed in the world.