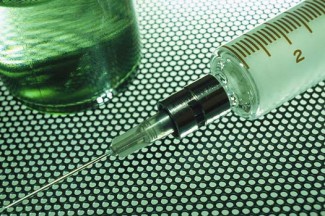 In response to a Massachusetts ballot question that would legalize physician-assisted suicide, Boston’s Cardinal Seán O’Malley has encouraged the Catholic legal community to uphold a “gospel of life.” In the past month, Cardinal O’Malley’s remarks have sparked discussion of this issue among laypeople. Some of this discussion has caught my attention, and it’s pretty clear that there are some serious widespread misconceptions — some of which I once held myself — both about physician-assisted suicide and about the nuances of the Catholic Church’s position.

In the minds of lay people, physician-assisted suicide often becomes conflated with “pulling the plug.” Because the Church is misrepresented as being opposed to “pulling the plug,” many people perceive it as heartless and unreasonable, and are needlessly and tragically alienated from her.

Make no mistake; the Church does oppose physician-assisted suicide — that is, any act “which of itself or by intention causes death, in order that all suffering may in this way be eliminated.” (National Conference of Catholic Bishops (1984). Guidelines for Legislation on Life-Sustaining Treatment, 2.) Examples of this would be the administration of a lethal drug with the intended effect of ending a life, or the withholding of food or water with the intended effect of ending a life. As with all moral issues, this one comes down to intention.

But the Church, the champion of Natural Law, does not expect individuals to go to extraordinary or disproportionate measures to preserve life. Even though we’re expected to take reasonable measures to care for ourselves (like taking medicine that will aid in recovery) we’re not obliged to rely on medical procedures that will prolong life with no hope of recovery or that cause extreme suffering. The woman unable to breathe her own need not subsist on an artificial respirator; the man with Stage IV cancer can choose to refuse chemotherapy.

Of course, such decisions should be made with the help of a doctor. Artificial respirators are sometimes necessary as a temporary treatment; cancer caught early enough is often curable.

Make no mistake; the Church does oppose physician-assisted suicide… but the Church, the champion of Natural Law, does not expect individuals to go to extraordinary or disproportionate measures to preserve life.

The moral dilemma arises when an artificial respirator is used and the hoped-for recovery fails, or when it is used with the intent of postponing death, but the patient eventually becomes at peace with death. When the only thing standing between an individual and death is an extraordinary medical measure that may even be causing her extreme discomfort, it is okay to stop that treatment and put the situation in God’s hands.

Dr. Charles Camosy, assistant professor of Christian ethics at Fordham University and Catholic Moral Theology contributor, stresses that “you cannot be aiming at death — that’s always going to be wrong. You need to be aiming at something else (removing burdensome treatment), while foreseeing but not intending that death is likely.” Such decisions should not be made lightly. Camosy adds, “You need a proportionate reason to do it. And because it involves death — a very serious matter — you need a very serious reason.”

If the cessation of that treatment causes discomfort, the U.S. Bishops say “it is permissible… to use painkillers, which carry the risk of shortening life, so long as the intent is to relieve pain effectively rather than to cause death.” (Ibid.)

Just as the intentional ending of someone’s life violates her dignity, the perpetuation of someone’s life when God is calling her home can also challenge dignity, even though it is well intentioned. Families and patients in this position should be given love and support as they struggle with this issue.

The questions that arise when dealing with end-of-life issues are complex, and there are no easy answers. What’s touched on here should be considered through the lens of the teaching authority of the Church. The United States Bishops’ website on end of life issues can be extremely useful in informing your conscience during a spiritually trying time.

It takes time to accept the reality of death, to trust God, and to say goodbye. The desire to postpone death is human. Jesus himself, overcome with grief, resuscitated his friend Lazarus because of this very human instinct. But the willingness to put a situation in God’s hands and the trust that death is only the beginning are beautiful things. They shouldn’t be discouraged because of a misunderstanding of Church teaching. It’s not okay to kill. It is okay to let go.