Recently I received a letter from a Pure Sex, Pure Love reader–we’ll call her Bonnie, to protect her privacy–and I thought it was such an important topic that I wanted to share it with the BustedHalo community.

Bonnie is in her early 30s and her boyfriend, let’s call him Clyde, is in his late 30s. They’ve been dating for more than three years and have lived together for the past year. Even though the two share the rent, make plans for the future and have joined their lives in a very intimate way, there’s been no discussion of marriage. In fact, Clyde hasn’t even said “I love you” yet. When Bonnie brought up marriage in a light-hearted way—for the first time recently—Clyde “became really quiet and looked a little apprehensive and nervous and then said that he didn’t want to talk about it.”

This did not go over well with me because I have invested a good chunk of time, energy, and effort into this relationship and I think I have a right to know how he feels about marriage. I am not asking to get married anytime soon (as in tomorrow) but I want to know if he intends to have a serious future with me and not just passing the time. What should I do next?

Bonnie is in a very difficult position: She loves Clyde and has given of herself to make their relationship work. Yet Clyde isn’t reciprocating. And it’s been going on for too long.

Below I’m going to discuss three issues that I think are important in this situation and then offer my advice. Please email me your thoughts to puresex@bustedhalo.com and we can share some of the letters, personal stories and other advice on this topic. Let’s get a discussion going.

Issue #1: The Challenges of Cohabitation

In addition to all the very solid theological reasons that the Catholic Church tells us we should not live together and be sexually active before marriage, there’s a very practical reason, too: These intimate acts share a part of ourselves that makes us vulnerable, and outside the safety and sanctity of marriage, there’s an increased chance of getting hurt.

Only about half of cohabitation couples actually get married. And for the couples who live together who do end up marrying, research suggests that they are more likely to divorce in the first seven years.

Men and women may also see cohabitation differently, according to research by Pamela Smock at the University of Michigan. Women see living together as a step leading to marriage—a commitment in itself—while men see it as something they do before making any commitment, her research finds.

When a couple cohabitates, they may join their lives together in many ways, but there’s always an escape clause. And for Catholics, this intimate union isn’t about “trying it out”—so cohabitation isn’t an alternative to marriage.

In fact, sometimes “traditional” advice offers the best emotional protection. As the 1990s throw-back-to-the-1950s advice book, The Rules: Time-Tested Secrets for Capturing the Heart of Mr. Right, says in Rule #22 “Don’t Live With A Man”:

Women who think that commitment will come after they shack up often learn the hard way that this is not the case. Of course, by the time the lesson is learned, their self-esteem is shattered and they two or three or four years older.

When you live together it’s easy to have one foot out the door. Clyde doesn’t seem committed to his relationship with Bonnie, even though they are living together so intimately. And she’s hurt.

Can you be close friends with your ex?
TAKE THIS SURVEY!!
To Answer the Questionnaire, click here

In general, do you think it’s a good idea to be friends with your exes?

Thinking of your last serious relationship, are you friends with your ex?

How often do you spend time IN PERSON with any of your ex boyfriends/girlfriends?

How often do you speak with any of your ex-boyfriends/girlfriends on the phone?

How often do you email with your exes?

How often do you text or IM with your exes?

You’ve just broken up with someone you really care about. They want to remain friends, but this is going to be hard for you, because you still love them. What do you do:

You’ve been seriously dating someone for six months. He/she tells you that they have begun talking to their ex again and have plans to go to coffee to catch up. How would you feel about that?

You’re getting married. Should your (or your fiancés) exes be invited to the wedding?

When a young couple begins to date in high-school or college, the relationship can go on for years before marriage becomes a possibility. Why? Because for most of us in our teens and early 20s, it’s too early to get married: We want to pursue our education, build a career, travel and grow into ourselves before making such a serious lifetime commitment.

But when we reach our late 20s and 30s, we’ve done a lot of our growing and changing. As we get older, relationships move toward the commitment stage a bit faster. In six months or a year, it becomes clear whether a relationship is “the one” and should lead toward marriage, or whether it should end so each person can continue to look for a better match.

Read my article on “The M-Bomb“ to learn about how to bring up marriage when you think the time is right.

When Bonnie floated the idea of marriage, Clyde had a negative response. That’s troubling. Bonnie writes that Clyde denies any plans for marriage when his friends tease him about it, and avoids the subject at all other times. Bonnie thinks he’s just being macho. But I think it’s time to take him at his word. If he’s not even ready to say “I love you” to Bonnie, he’s not ready to get married.

My advice to Bonnie is to talk to Clyde about how she feels. She needs to tell Clyde that she loves him and wants a future with him. After three years, it’s perfectly acceptable to push the issue a bit. Does Clyde see the two of them married in the future? What are his concerns? It’s time to tell him what she wants, and see what he wants. Bonnie might consider writing him a letter to tell him that she wants to discuss this topic with him on a specific day in the future, so he can think about it in advance to increase the chances that he’ll have a thoughtful—and not angry or defensive—response.

Regardless of how this conversation goes, Bonnie and Clyde should stop living together. Financially, this may be difficult, but physical distance is a very good way to allow more clearheaded thinking about emotional issues. (In fact, the Catholic Church even recommends that engaged couples who are cohabitating move out for the months leading up to the wedding so they can more fully prepare for their upcoming married life.)

And if Clyde isn’t ready to make a commitment soon, Bonnie should move on. This is painful now, but will be much more painful in a few years. What if Bonnie gets pregnant? Some 40% of children born outside of marriage in the U.S. are born to cohabitating couples, and the chances that the couple will get married after having a child is low.

One Heart, One Soul

Because BustedHalo is geared toward spiritual seekers more than a “Churchy” crowd, we don’t often quote papal pronouncements, but the wisdom of Pope John Paul II’s 1981 encyclical “On the Family” is difficult to ignore. In it the pope said sexual intimacy “aims at a deeply personal unity, the unity that, beyond union in one flesh, leads to forming one heart and soul; it demands indissolubility and faithfulness in definitive mutual giving; and it is open to fertility.” Bonnie and Clyde’s relationship is not bearing out these guidelines.

This is going to be a hard time for Bonnie and Clyde, and our prayers should be with them—and all couples who are going through similarly difficult circumstances.

What would your advice be for Bonnie and Clyde? Write me with your thoughts at puresex@bustedhalo.com and we’ll post some of the responses online.

For the next column, I’m going to tackle a subject that many of you have been asking about: Can you be close friends with your ex? Take this survey to share your thoughts and tune in soon for the next Pure Sex, Pure Love column. 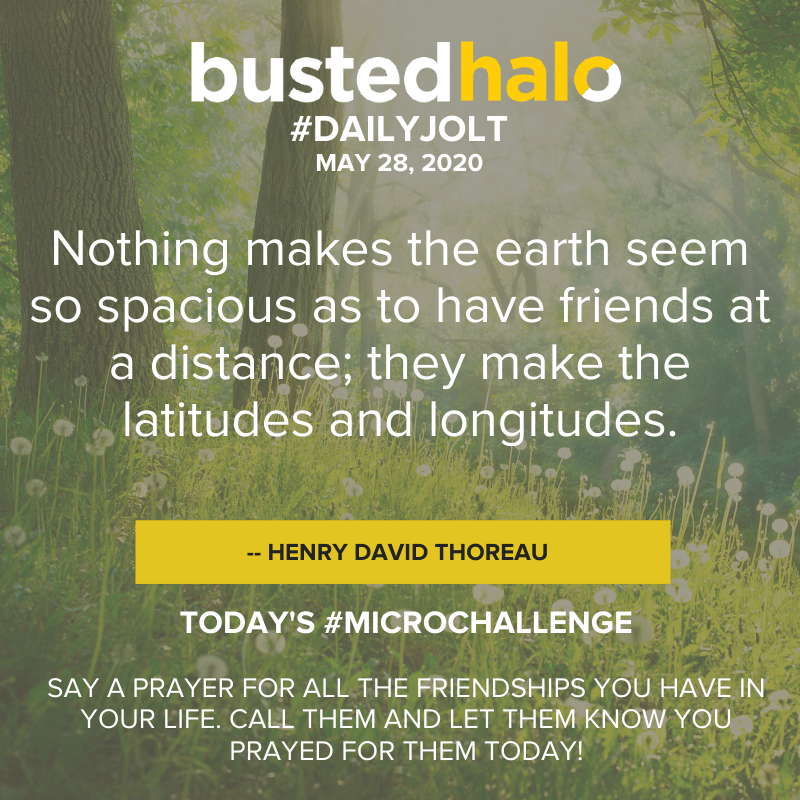