I recently learned of the Cause of Canonization of the late Archbishop Fulton J. Sheen (the process by which Fulton J. Sheen may become a saint). While I’m not and have never been a Catholic, nor even religious for that matter, I feel compelled to share a deeply personal story involving him that intrigues, puzzles and inspires me to this day.

An Encounter With a King
In 1975, I was an intern reporter for WROC-TV news in Rochester, New York. The Archbishop Fulton J. Sheen was a famous priest who wrote numerous books and hosted a television series entitled Life is Worth Living (still seen today).

He’d also served as the Bishop of the Diocese of Rochester earlier in his career, and was back in town to deliver a noontime speech at one of the local hotels. The news director assigned me to assist a full-time reporter covering the event.

When the cameraman and I arrived at the event, several other reporters milled about in a holding room waiting for Archbishop Sheen to make an appearance. And he most certainly did. Attired in colorful robes and attended by an entourage of church and hotel assistants, the Archbishop entered the holding room and headed directly toward the stairs leading to the stage.

To me, unfamiliar with church pageantry, he looked like a king. I was amazed that all the other reporters simply watched as he glided by. No one asked for an interview. My full-time reporter colleague had not yet arrived, so emboldened with a cub reporter’s drive to get the story, I decided to approach Sheen.

Calm in the Chaos
The scene was chaotic. The noise from the preliminary speeches upstairs resounded in our holding area. News personnel clamored with heavy cameras, lights and film equipment (yes, we actually developed film in those days before videotape).

The Archbishop’s entourage marched forward. I was nervous, afraid of looking like a fool. I reached out and lightly touched the back of Archbishop Sheen’s shoulder.

By this time, I fully expected him to ignore my request and keep walking. I felt the eyes of all the other “real” reporters watching me. But the Archbishop turned around to look straight into my eyes. He was completely calm amid the media madness.

“Of course,” he replied gently.

I turned to see my cameraman was already setting up. My mind raced through the questions I would ask: What is the relevance of religion in today’s tumultuous world? Why are more people protesting in the streets than going to church? Is God dead?

Before I could get started, our full-time reporter arrived. He grabbed the microphone from me, and without missing a beat or even thinking, simply asked Archbishop Sheen, “So how long are you going to be in town?”

One night, while nursing a horrendous hangover, I called out to the universe for help. A sudden calm came over me as I remembered my meeting with Archbishop Fulton J. Sheen.

Receding Turmoil
Years later, after I’d enjoyed some professional success as a traveling state press secretary for the 1976 Jimmy Carter Presidential Campaign, as a press secretary on Capitol Hill in Washington, D.C., and helping produce a low-budget horror movie, I was in Manhattan to visit some friends.

Frankly, it was a difficult time in my life. In those years, I was fond of partying to extremes and pushing the envelope of good health and common sense. I was without real direction or ties, and I was uncertain as to my next step in life.

On this trip to Manhattan, I partied heavily, felt painfully lonely despite visits with friends, and stayed on the cheap in a friend’s rundown hotel room with a shared bathroom down the hall.

One night, while nursing a horrendous hangover and mulling over my misadventures of the previous days, I felt an overwhelming sense of despair. I felt sick in body and mind, lost, alone.

My face shoved into a sweaty pillow, I searched my scattered mind for relief. Though I was not raised in any religion, and had often argued against the existence of God, I felt so desperate that I called out to the universe for help.

A sudden calm came over me as I remembered my meeting with Archbishop Fulton J. Sheen so many years before. I recalled the chaotic scene at the speech, his patience with a cub reporter, his piercing eyes. I saw a startlingly clear image of his smiling face rolling up and out of my inner vision. My existential turmoil receded.

Finding What is Real
The very next morning, sitting on the subway, I looked at a front page, top-of-the-fold headline in the New York Times. The Archbishop Fulton J. Sheen had died in New York City the previous evening.

Instantly, the outside reality of subway passengers and moving metal blurred and faded. What was real was within me. My mind raced, circling the fact of this incredible coincidence. I felt thrust into a heightened consciousness, a state where truth is a moving target, a mystery.

And then a simple thought settled upon me. It seemed to me that Archbishop Fulton J. Sheen had somehow sensed my plea and given me comfort as he left the physical world.

While that may sound extremely egotistical, it had nothing to do with me. It was all about the specialness of Archbishop Sheen. It occurred to me that his consciousness, his spiritual energy, his life force, no doubt burst upon many others as he died, and that I’d merely stumbled into its path.

It’s now thirty or so years later, and this remains one of the most influential experiences of my life. I’ve long ago cleaned up my act, and while I’m not a member of any organized religion, this episode is a cornerstone of my evolving spiritual life. Because I spent a good part of my earlier days arguing against religious and spiritual realities, I feel I owe it to the universe to tell this story for the record.

I have no idea what any of this means or whether it even means anything, beyond the positive personal impact it’s had on me. Perhaps it was just plain old coincidence. I don’t know.

I feel as though I had a fleeting encounter with a mystery that I’ll never comprehend. And that’s good enough for me. 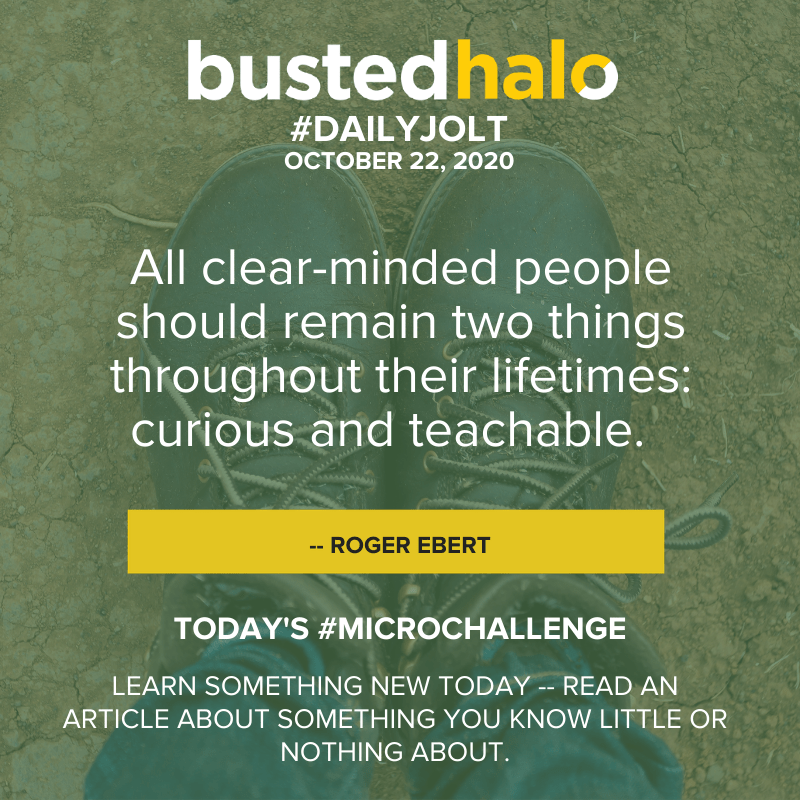