It was the Sunday before Thanksgiving, and while most Americans were anticipating the joy of family togetherness and the turkey feast in the coming days, my family sat in the emergency room of St. Anthony’s Medical Center, stunned. My dad was rushed there after collapsing at home. Was it his heart, his lungs, his diabetes, or the flu-like symptoms he couldn’t shake for weeks? No one could tell us for sure at the time, and as the hours ticked by, the panic, desperation and helplessness began to consume me.

Two days later, on a Tuesday morning, my brother called me from the hospital’s intensive care unit to say we had to make our way to St. Anthony’s as soon as possible. The 11-minute drive to the hospital felt like 11 hours. When I arrived, my mom and my two younger brothers braced me for what could come that day: My dad was not expected to make it. He was diagnosed with Legionnaire’s Disease and the prognosis was not good: His lungs and heart were already weak, he could no longer breathe on his own, and St. Louis County’s previous six cases of the illness that year all resulted in death.

Just last month, results of the largest study of its kind into the power of prayer suggest no link between the supernatural and science. But the study’s outcome once again refuels the age-old debate between believers and non-believers regarding the spiritual effects
of prayer.

I know I prayed. I can’t remember how, where or when, but I remembered channeling my thoughts and my cries to God. It was as intense as I experienced prayer to be. On Thanksgiving Day, my dad remained in critical condition.

We’re Doing All We Can

Can you remember your last trip to the hospital to visit a seriously ill or dying loved one? It all appears out of your hands when doctors say, “We’re doing all we can.” They’re doing all they can, but are you? For me, when there was nothing left to cling to, I turned to prayer. It wasn’t a conscious choice, it was automatic, as if it was an inner default setting that kicked in when nothing else seemed to work.

Apparently, I’m not alone. According to Lois Tegethoff, a staff Chaplain at St. John’s Mercy Medical Center in St. Louis, a recent survey at her hospital is exactly what patients want and expect from their chaplains. “They express feeling comforted, strenghtened, supported, loved, and at peace.” But Tegethoff is quick to add prayer also includes asking for the strength to accept whatever is God’s will.

Nationally, more than 50 percent of Americans say they turn to prayer to promote healing and recovery for themselves and their loved ones. And it doesn’t seem to matter that just last month, results of the largest study of its kind into the power of prayer suggest no link between the supernatural and science. But the study’s outcome once again refuels the age-old debate between believers and non-believers regarding the spiritual effects of prayer.

“I don’t think this study is going to discredit God or stop people from praying when they or their loved ones are sick,” said David Stevens, a medical doctor and ethicist, and the Executive Director of Christian Medical & Dental Associations. “You can’t put God in a box or turn Him into a vending machine where you put in your prayer and get the results you want.”

In this much-touted study, researchers looking into intercessory prayer wanted to find out whether God answers prayers made on someone else’s behalf. The study followed 1,800 heart surgery patients at six medical centers between January 1998 and November 2000, looking for any complications within 30 days of the surgery. The results, published in the American Heart Journal, show prayer had no effect on recovery. 59 percent of the patients who knew people were praying for them developed complications, compared to 52 percent of patients who were told intercessory prayer was just a possibility.

But there are those who point out what the study did and did not evaluate. Candy Gunther Brown, Ph.D., an Assistant Professor of American Studies at St. Louis University and the author of several books on spiritual healing, notes the study funded by the Templeton Foundation did not represent a comprehensive study of Christian intercessory prayer. Two Catholic groups and a Protestant group were involved: St. Paul’s Monastery in Minnesota and the Community of Teresian Carmelites in Massachusetts, and Silent Unity in Missouri. “The question arises whether it matters who does the prayer, what they pray, and what they believe,” commented Brown. Unity teaches, among other things, that Jesus Christ was a ‘special person in history,” but denies that he was fully God. Brown also points out other studies of intercessory prayer, focusing on different groups and approaches to prayer, do show an effect.

The first major clinical study into spiritual healing took place in San Francisco in 1988, when 393 heart patients were divided into two groups: One group received prayer from an outside group of Christians, the other did not. The study, published in the Southern Medical Journal, found that the patients who were not specifically prayed for were more likely to develop complications and needed more medical attention. Collectively, medical journal reports show that since 2000, more than half of two dozen clinical studies on the effect of prayer showed positive effects from intercessory prayer.

Besides, “We can’t control God,” according to the Christian Medical and Dental Associations’ David Stevens, “How do you control for righteousness? The Bible also tells us that God’s ways are above our understanding. To think that patients are just the physical, psychological and social is very short-sighted. True holistic medicine addresses the spiritual as well.”

Stevens spent 11 years working in Africa as a family doctor. While there, he had a painting in his office entitled, “Chief of the Medical Staff.” The artwork shows a medical team performing surgery. Standing with his arm around the shoulder of the lead surgeon and his other hand guiding the surgeon as he operates is Jesus Christ. “I’ve experienced that same hand on mine,” Stevens said, “I have seen God bring healing when there was no hope of cure.”

Stevens recalls the story of a man in a remote clinic in Kenya. The man could barely breathe due to massive swelling in his head and neck caused by a lesion in his throat. Stevens had to perform an emergency tracheostomy with no anesthesia and using only a used scalpel blade and a clamp to stop the bleeding.

Stevens also recalls periods of fervent prayer during the ordeal in which he placed the empty cylinder of a Bic pen in the man’s neck to give him enough air to stay alive. “My faith could only pray that God would get us to the next little village, much less the hospital (which was 30 miles away). The situation was so bad, but God answered my prayers.”

Stevens is quick to add however that God is not mechanistic. “He tells us to pray for the sick but how He heals is in His hands. My own father visited us in Africa, came home, came down with malaria, and died. I prayed for him but God had a different plan.”

The Answers We Get

“The immediate response a person receives to prayer is often interpreted to be God’s answer. People generally believe that God always answers prayers but that it may not be the answer we want.”

Like Stevens, instead of questioning the power of prayer, many people ask, Why? Why is God letting this happen? Why are they being punished? “The immediate response a person receives to prayer is often interpreted to be God’s answer,” says Chaplain Tegethoff, “People generally believe that God always answers prayers but…it may not be the answer we want.” Tegethoff recalls a sermon by the Reverend Billy Graham just after 9/11. “He was trying to answer perhaps the most frequently-posed question ‘Why does God allow suffering like this?’ His answer was refreshing and comforting, ‘I don’t know.'”

We spent Thanksgiving at the hospital, wondering if we’d have something to be thankful for by the end of the day. We did. My dad’s condition slowly, but continuously improved, and two weeks after being admitted to the hospital, he returned home. That was in 2004. These days, my dad is back at work and looking forward to his 60th birthday later this summer. 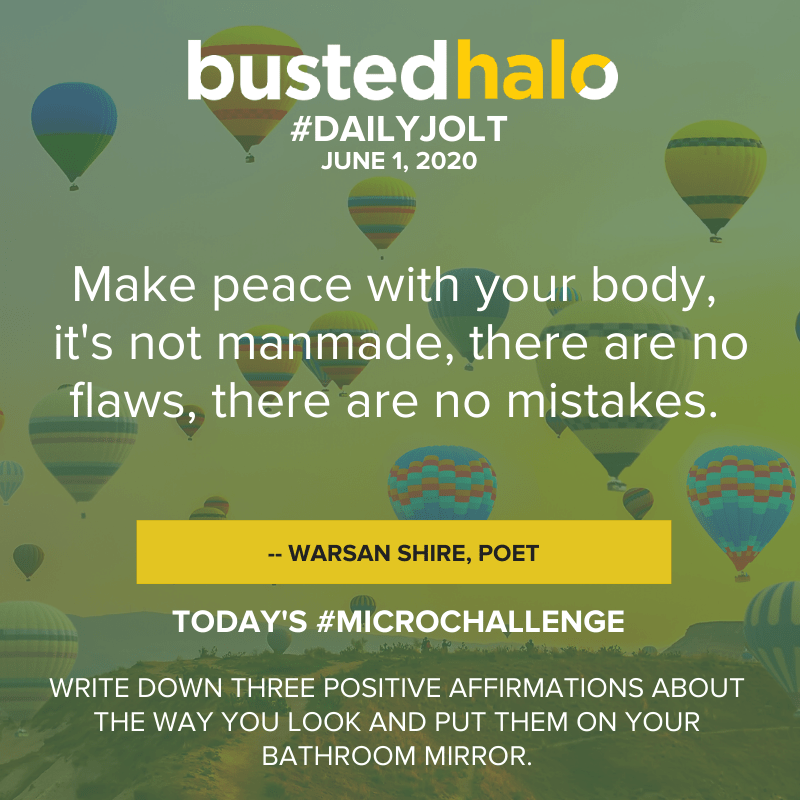