Here at Busted Halo® we think it’s important to cover other religions and approaches to spirituality and belief. In today’s world we’re surrounded by numerous philosophies and religions. We hope that when we learn about other religions we strengthen our own understanding of faith. — The Editors 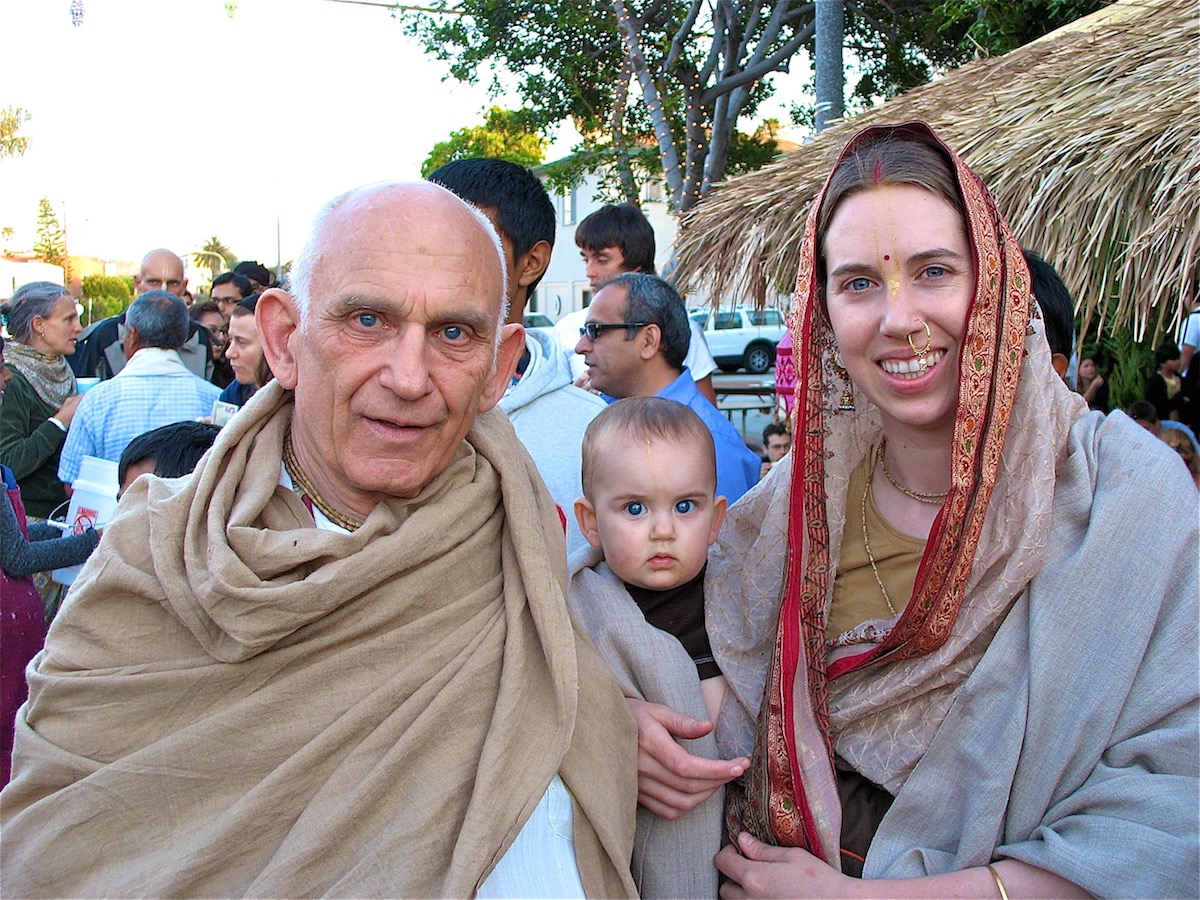 Kusha Devidasi gaped in horror as her cat moved in for another kill. A vegetarian, Devidasi had tried everything to get him to stop devouring God’s feathered creatures, even putting a bell around his neck. Nothing worked.

As the latest victim struggled in her cat’s jaws, Devidasi — a recent Hare Krishna convert — turned to her budding faith for a miracle. She chanted, “Hare Krishna, Hare Krishna; Krishna Krishna…”

Suddenly, her cat let the bird go. “And he just flew away,” she says. “My cat never freed a bird before. Never.” Two months later, when she turned 18, Devidasi moved into the International Society for Krishna Consciousness (ISKCON) ashram in Hawaii.

That was 1969. Wearing a colorful sari and swaying with the music at a recent festival at the Los Angeles ISKCON center, this self-described former “motley hippie” with nose ring says she still hasn’t lost her ’60s groove and passion for Krishna. “My body may be older, but my soul is still adventurous and young in Krishna.”

And she is not alone. Today, thousands of 1960s and 1970s Krishna devotees — America’s first generation of Hare Krishnas — are still chanting, still smiling, and still “far out for Krishna.”

“Yeah, we’re still far out for Krishna, but maybe just a little more pragmatic,” says Gordon Lamb, a devotee of Krishna since 1968. Lamb, who asked us not to use his real name, says he joined the Hare Krishnas as a hippie because they epitomized the romance of the era — a desire for spiritual enlightenment, world peace and an unconventional life.

Seated on a bench in Venice Beach and swathed in a saffron robe, Lamb says that more than 40 years ago, his parents told him as a young devotee that he was going through a phase and would soon trade in his robe for a business suit. Lamb then pulls back his robe to take an incoming business call on his chiming iPhone and says, “I guess they were half right.”

Lamb, who lives in Los Angeles and works as a national sales manager, says the devotees of his era have learned to reconcile their faith with modern realities. For example, though he wears a saffron robe to visit the temple, Lamb sports a suit and tie during the business week. “A lot of us [Hare Krishnas] from the 1960s didn’t sell out. We just had to get a job.”

But Naara Narayan Dasa Vishwakarma, 67, says today’s generation of devotees have lost some of his era’s passion. “In the 1960s, we chanted in the streets, sometimes for 10 hours a day, six days a week, sometimes through rain, sun and snow,” he says as he sits outside the Los Angeles family ashram, where Hare Krishna boys — children of the devotees, clad in jeans and Iron Maiden T-shirts — skateboard and roughhouse.

Vishwakarma says devotees were more pious in his time because their founder, A.C. Bhaktivedanta Swami Prabhupada, who died in 1977, was still alive. “Back then,” Vishwakarma says, “if you had a television in your apartment, you could be asked to leave. But today most devotees have cable and big-screen TVs, and they are not just watching Prabhupada films.”

But despite his qualms, Vishwakarma says Krishna has much planned for ISKCON. “And the good old days are yet to come.”

“I got kicked out of the Yeshiva in grade school because I spat on the principal,” says Barry Zuckerman, 64, outside the L.A. temple, as saffron-robed and sari-draped devotees pass by. “I didn’t like Hebrew school.”

Sporting a gray-flecked ponytail, jeans and tie-dyed T-shirt, Barry Zuckerman — also known as Bhargava Dasa — has been a devotee since the late 1960s.

As a teenager, he says he was self-absorbed and agnostic. In the ’60s, he did drugs and chased women, he confesses, scratching a long gray sideburn.

But after a mystical experience on LSD and a later out-of-body episode, he knew something more existed. He set out on a spiritual quest that ultimately brought him to Krishna consciousness, with which he has stayed for 40 years.

Strolling the sweet jasmine-perfumed grounds of the Los Angeles complex — which includes a temple, restaurant (Govinda’s), museum and ashrams — Bhargava says that in the mid-1970s more than 300 devotees lived near the temple. Today, he says, about 150 do. In the United States, there are 100,000 devotees. But worldwide, ISKCON officials say, a million believers thrive.

A.C. Bhaktivedanta Swami Prabhupada, an Indian holy man, founded ISKCON in 1966 in New York City. ISKCON beliefs stress the Hindu deity Krishna as the Supreme God, daily recitation of the Hare Krishna mantra and living an austere life — no intoxicants, sex outside of marriage, meat consumption or gambling. Their central text is the Bhagavad Gita, a sacred book about Arjuna, a warrior prince, and his spiritual conversations with Krishna.

Bhargava says his “darkest hour” came after Prabhupada died in 1977, and he became disillusioned with the movement. “It got so dark,” he says, “that I didn’t even know if I believed God existed anymore.”

To find answers, Bhargava journeyed to a local canyon to mediate. “And after some time I opened my eyes and saw a fruit fly buzzing in front of me,” he says. Bhargava marveled at its incredible engineering — stealth-designed body, rapid wing movement. “And my faith returned,” he says, seated in Govinda’s restaurant below a painting of a beatific and blue-skinned Krishna, gazing down on him. “I saw the face of God.”

Don’t mess with the guys in robes

But if you think that the older Hare Krishnas are just a bunch of ex-hippie spiritual softies, think again, says Sthvira Bhakti, 55. “We’re not pansies,” he says, seated on a patio chair outside Govinda’s, enjoying a fruit salad.

Sthvira recalls an incident when a born-again Christian on Venice Beach punched him, ripping his shirt. “I lifted him off the ground with a foot planted squarely in his crotch. He went down, and I walked away,” Sthvira says as buoyant Krishna music filters over outdoor speakers.

“We’re not pacifists,” he insists, rubbing an unshaven chin. “We will defend ourselves.” Sthvira, who teaches a Bhagavad Gita class at the L.A. temple, says that in the Gita Krishna even encourages Arjuna, a half-reluctant warrior, to fight.

Asked if he has had another altercation since, Sthvira shakes his head. “How many people are going to give me a problem?” He stands, smoothing out the saffron robe that drapes his 6-foot-10-inch frame. “When I get on a public bus, they don’t even smirk.”

Bhakti says one of his ex-wives believes he’s a Hare Krishna because he and others want to relive the ’60s. “Now, is that so bad?” he asks.

Call of the road

Seated on his bench in Venice Beach, Lamb watches the sun dip below the horizon, tinting the sky orange and gold. Beneath his saffron robe, his hand burrows into his japa bag, housing a rosary used to count recitations of the Hare Krishna mantra.

Watching a flock of gleeful seagulls lift off into the sunset, Lamb says the greatest time of his life was in the early 1970s when he toured the country with other devotees in a VW bus. “We just had a couple of sleeping bags, the open road ahead of us and the desire to tell the world about Krishna,” he says, as the soothing whish of the Pacific Ocean gradually replaces the din of departing Venice Beach tourists.

“I’d drop everything right now to be out on the open highway again,” he confides. Suddenly, his iPhone chimes, breaking the moment’s serenity. He checks it. His boss is calling. Lamb buries the phone under his robe, muffling its ring.

A blast of Pacific wind chills him. He wraps his robe tighter and stares back at the seagulls, now soaring higher over the water, disappearing down a shimmering highway of fading light that stretches to the horizon. 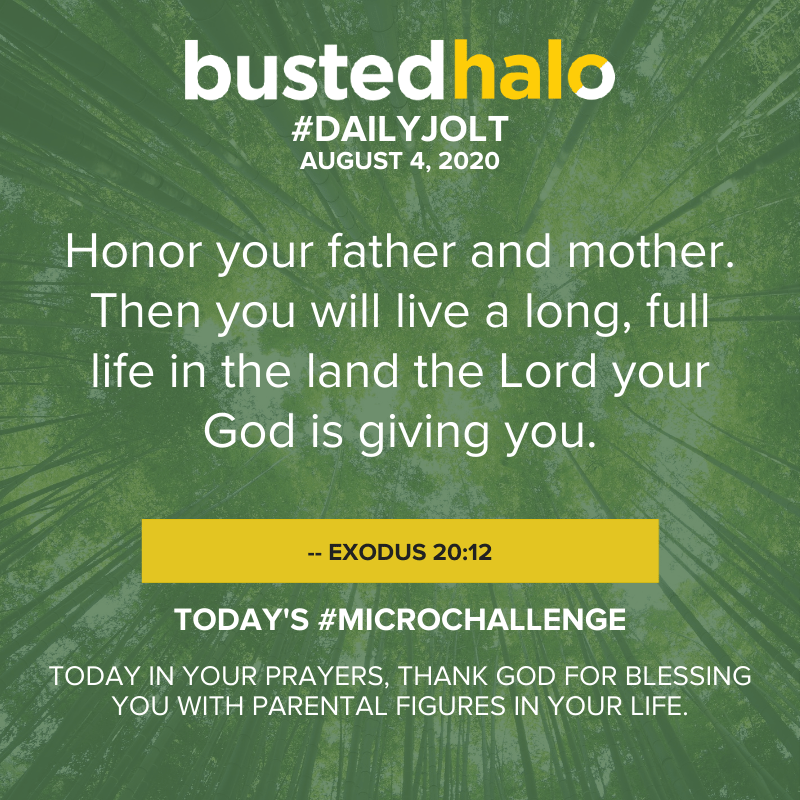