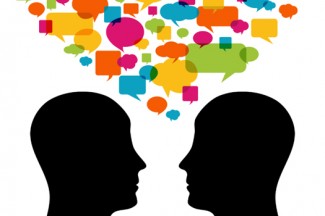 One day in my all-girls high school religion class, the conversation turned, as it often did, to abortion. Someone ventured that to carry an unwanted baby to term was a difficult thing, and another student retorted, “Well, if she didn’t want a baby, she should have kept her legs closed.”

Yikes, I thought, but before I or anyone else could say anything, another girl slammed one palm on her desk and shot the other one into the air.

“Why didn’t the woman close her legs,” the girl said when called upon. “Why don’t you ask why didn’t the man strap it down?”

The class erupted into laughter, but the moment stuck with me. I think of that memory now, nearly (oh good Lord) 10 years later, whenever I hear a particular brand of pro-life talk: the well-if-you-don’t-want-a-baby-then-don’t-sleep-around kind of talk. The we-can’t-stop-people-from-having-abortions-but-we-can-sure-make-it-harder kind of talk. I identify as pro-life myself, but I don’t think the people who talk like this have really thought about what they’re saying. If they did, they would quickly realize that those kinds of statements are illogical, counterproductive and cruel.

A recent article in Slate magazine highlighted the plight of a teenage rape victim in Indiana and linked her struggle to pro-life causes. The 13-year-old girl became pregnant as a result of the rape and decided to keep the baby, and in response to this brave decision, her community shunned her, spread rumors about her, and spray-painted the word “whore” on her house. While I think the article may have been overhasty in tying the pro-life movement to the abuse suffered by the girl — do we actually know that the people harassing her were pro-life? — I do think that the pro-life community has to take the incident seriously. We must ask ourselves whether we contribute, wittingly or unwittingly, to this type of demeaning and un-Christian behavior. We must ask ourselves the following questions:

Once we’ve examined our thoughts and words, once we’ve ensured that we are both thinking and speaking compassionately about this charged topic, we can take the next step by supporting organizations that carry out the pro-life mission in a similarly thoughtful and sympathetic way. Project Rachel, which offers grief counseling to women who regret their abortions, is one such organization.

I understand how someone might be passionate about the pro-life cause, but passion for saving the unborn is not license for dismissive or derisive treatment of others. Being pro-life means caring not just for fetuses but also for the women who carry them. It means raising boys who know how to take responsibility for their actions and how to treat women with respect. Above all, it means thinking before we speak or act, so that our words and actions will always fall within the bounds of Christ-like compassion. The pro-life cause is an important one, and its every effort to promote life must recognize the worth and dignity of every person, including those who might be considering abortion.