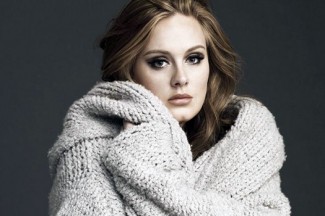 When you turn on the radio you’re inevitably going to hear one thing and one thing only — mainstream music. Don’t get me wrong, I enjoy a handful of these mainstream artists. However, I’ve noticed a 180-degree turn in the content and inspiration for their music. Nearly every song that gets airtime today is about the collapse of a relationship.

Take Adele for example. “21” was an award-winning, best-selling break-up story. Some songs from the album are filled with sorrow, some with anger, but all center on the painful break up with a long-term boyfriend. But when those drums begin pounding and Adele’s signature soulful singing hits, we can’t help but turn up the volume and sing along.

Adele is the most well known for her songs of sadness, but there are other artists who express their personal experiences of heartbreak. Lady Gaga’s “You and I” reminisces of a past love, Katy Perry’s recent hit “Part of Me” is a letter to her now divorced husband, and I honestly can’t remember the last time Taylor Swift sang about something other than breaking up with a boyfriend. Even Mumford & Sons has songs about the pain associated with loving someone or loving God.

Now look back just a couple of decades to the 60s and 70s. The Beatles’ “I Want to Hold Your Hand” was a Billboard #1 song. People were singing along with the young voices of Sir Paul and John and their expression of a sweet infatuation. In 1968 the Beatles’ hit song “Hey Jude” emerged as the #1 song of the year; the very same feat Adele accomplished in 2011. Simon & Garfunkel’s “Bridge Over Troubled Water” and the Jackson 5’s “I’ll Be There” rounded out the top of the charts in 1970. By contrast to today’s hits, each of these songs is about falling in love or doing whatever it takes to keep a relationship going in the most trying times.

When and how did mainstream music change from singing about falling in love to songs about being torn apart by love? Has there been a change in my generation’s values or frame of mind that we would rather listen to a singer’s torment with love over songs about the joys of love?

When and how did mainstream music change from singing about falling in love to songs about being torn apart by love? Has there been a change in my generation’s values or frame of mind that we would rather listen to a singer’s torment with love over songs about the joys of love?

There has always been a “dark” side of music, but it wasn’t until the 1990s where bands like Nirvana, Pearl Jam and Radiohead hit the mainstream with saddening lyrics and minor key tonality. These artists paved the path for the artists of today. The Katy Perrys and Maroon 5s were growing up when artists like Alanis Morissette and The Goo-Goo Dolls were big. The songs of heartbreak of the 90s influenced the artists of today to write their own tales of failed relationships.

Only the good die young

Kids are dating younger than in decades past. Kids as young as 13 or 14 long for having that special someone they can call their own. But everyone knows that a relationship between two middle school kids is temporary and will result in heartbreak. These young kids aren’t mature enough to handle a break up. I myself was a victim of this growing up. I dated a girl my freshman year of high school at the ripe age of 14. We almost made it to our two-month anniversary before she broke it off, and I was left listening to “You’re Beautiful” by James Blunt and “Bad Day” by Daniel Powter. Break up music helps us deal with the heartbreak (even more so when combined with Ben & Jerry’s Phish Food).

The teens of the 60s and 70s certainly never dated as young as the kids of the millennium. The dating (and breaking up) lifestyle of teenagers today has called for music that reflects this generational shift.

The minds they are a changin’

Young adults in the 1960s had a much different frame of mind than today’s young adults. Even amidst struggles for peace and civil rights, young adults believed they could make a difference. If there was something they disagreed with, they stood up and challenged the majority opinion. They had an optimistic outlook that attracted them to happier, optimistic songs about strengthening relationships.

Adele could write an album about the joys of doing your own taxes and I’d still buy it.

Today, young adults aren’t as concerned with the hot-button issues that affect society as a whole. Growing up, I wasn’t standing outside my high school protesting the Iraq War. As much as I opposed war and violence, I didn’t think that my protesting would save any lives. Young adults today are realists and more concerned with things that impact their own lives directly, not the issues that affect our nation as a whole. We are attracted to music that deals with the personal, including relationships and their subsequent end.

Sometimes the best answer to why song themes have shifted is the simplest one. The music is fantastic! Adele is musically the closest we will have to an Aretha Franklin, or Lady Gaga to a Madonna. They are talented singers with incredible voices and songwriting abilities. Adele could write an album about the joys of doing your own taxes and I’d still buy it. Her voice is outstanding and will be popular no matter the content of her songs. Even if you don’t consider artists like Taylor Swift or Maroon 5 to be the most talented artists, it’s pretty difficult to not sing along to their songs. Even if they don’t contain thought-provoking lyrics, their songs are catchy. I’ve had “Call Me Maybe” — in my head for about two weeks straight now.

Break-up songs are here to stay. Break ups are something that everyone in our culture experiences at some point in time. And it’s natural to find solace in music that discusses the separation of two people.

Music today has been called terrible, repetitive and fake. I disagree. Music today is different. It can’t be compared to the classic tunes of the 60s and 70s. Our society has evolved and so has our taste in music. So the next time you hear Adele setting fire to the rain, don’t feel guilty about singing along.