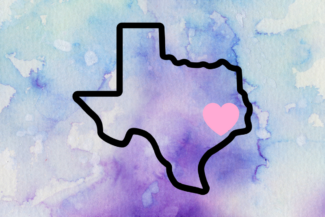 I have never felt so guilty going to a grocery store. We left our home in Houston a week ago when we realized how bad Harvey was likely to be. We live near the coast, and I suffer from post-traumatic evacuation disorder from Hurricane Rita. I knew my in-laws’ second home just outside of Austin would be available to us, and my husband was already there on business. It was a no-brainer. I packed up the kids and critters and headed west. We have had electricity, groceries, gas, friends, and sunshine since the rain stopped on Monday. From a distance, my heart has broken, helpless, as I have seen people I know and love suffer, watched roads we used to drive on every day turn into waterfalls, and scrolled through countless pictures on Facebook of friends leaving their houses in boats. While I know our house is undamaged, if I am honest, the urge to return home as soon as possible to help is as strong as the fear of what I will find around me when I get there. I have been proud to see the tremendous outpouring of generosity in my city, which is no surprise to anyone who lives there.

When I told friends I was moving back to Houston from Austin a few years ago, there was definitely some head-scratching, even from those native to the city. I am fully aware that Houston is not at the top of anyone’s list for a romantic or uber-hip destination. It does have wonderful food, great museums, theater, sporting venues and cultural events. It also defines urban sprawl, is beyond flat, has a lot of concrete, and is so humid that most residents don’t even use umbrellas when it rains because it doesn’t register that they are wet.

Now, the world is seeing what really drew me back there: the people. While no place is perfect, the heart and generosity of the people of Houston is second to none. It’s not just that they are persevering through the disaster of Hurricane Harvey; they are turning it on its head and with joyful compassion. My mother-in-law is a perfect example. She stayed in Houston during the storm and walked through flood waters to check our house every day. She made makeshift sandbags for us out of garbage bags and towels. When our electricity went out, she cleaned out our fridge and apologized for not having done it sooner! Today, she was thrilled out of her mind to find a shelter that actually needed volunteers and ran over there as fast as she could.

Shortly after I first moved there the first time, I experienced Houston’s heart in the city’s response to Hurricane Katrina. I was an East Coast transplant who was impressed to see New Yorkers band together in the city’s response to 9/11, but I had never seen anything like the way citizens pulled together for Katrina. Like everyone else in town, my husband and I volunteered at the emergency shelters (OK, I went once, he went a lot). What many non-Houstonians might not have seen was that much of the volunteer response was organized by local churches. Second Baptist Church led the way and organized shifts based on denomination. I will never forget that I worked the convention center shelter on Catholic/Bah’ai night. I am still not sure how they arrived at that pairing. When we went to attend the mandatory volunteer training at Second Baptist, we were caught in a traffic jam – of people trying to get to the training! Officials had to tell people to put a pause on giving over and over again because they could not inventory donations quickly enough.

Twelve years later, I am hearing reports of the same spirit during the Hurricane Harvey response. Giving is in the Houston DNA. It is not unusual to be at a Houston charity auction, have someone win an item, and then donate it right back to raise twice the funds. This week, we received a text about someone collecting dog kennels for the shelters and, although I responded within the hour, they had already collected more than could be used. By Monday, our local high school shelter had to ask people to stop bringing clothes, toys, and food because they had too much to store. Keep in mind that, for now, the food is coming from people who have not seen an open grocery store in days. I have heard similar stories from all over town.

RELATED: Finding Moments of Hope in the Storm

I also get a kick out of how our local businesses have responded. Our Texas grocery chain, HEB, dispatched its army of mobile kitchens to all storm-affected areas of the state. For the uninitiated, HEB is a store that is so Texas, it can sometimes be irritating. Texas flags are on shopping bags, drinkware, plates, paper products, and just about anything standing still. Don’t worry about where you will find your distressed metal longhorn lawn ornament. It’s there waiting for you, a stone’s throw from where the fresh tortillas are made. Anything that doesn’t have a flag or cow on it, is probably emblazoned with a Lone Star, a bluebonnet, or phrase that starts, “Y’all…”  Now, that Texas spirit is coming in handy. For example, when we evacuated, I forgot my duffle bag of clothes, but I knew the HEB where we were going had a boutique in it, so there was nothing to worry about. In fact, I am loving my new sundress with the pom-pom fringe. It is good, lightweight recovery wear. One of our most colorful local business owners, Jim “Mattress Mack” McIngvale of Gallery Furniture, opened his stores as shelters complete with portable showers. Evacuees are shown sleeping on the floor model mattresses. Shipley’s Donuts everywhere are giving away food. Many of our local breweries gave away water before the storm, and my beloved St. Arnold Brewery is now giving away beer for shelter donations.

I know we will have tough days ahead as the waters recede and we rebuild, but I have complete faith in Houstonians. The city that prays together, stays together, and faith keeps the engine of this town running. I also know Houstonians will graciously accept all the outpourings of help that are coming in from all over. Houstonians are generous in everything, especially their thanks.

Want to know how you can aid in the Hurricane Harvey relief efforts? Here’s how to help.