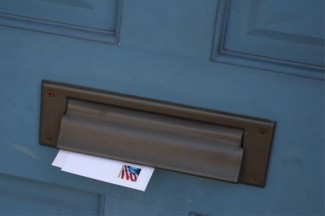 I came across a greeting card this morning that made me laugh. The front shows a Mom driving a car with a couple wild kids in the back and says, “Mom, you took us everywhere…” The inside says, “And even brought us back home! Astonishing!” It made me think back to the road trip my family took to Illinois. Five kids, two adults, one car. And this was 1992 — long before there were televisions to watch from the backseat. From Illinois, we headed north into Canada and, after a stop in Niagara Falls, headed back to New York. At the border my parents were asked for our birth certificates. “We didn’t really plan to come back this way,” they explained, “So we don’t have them.”

The officer said, “We work very closely with ChildFind. How do we know you didn’t kidnap these children?”

My mother leaned over from the passenger seat and said, “We’ve been traveling with them in this car for over a week. If you want to take any of them — or all of them — you go right ahead.”

This week, my parents are out of the country. And out of cell phone range. Nearly every day I think of calling one or both of them only to remember I can’t. This is what it will be like when they’re gone, I realized the other day. All the more reason to appreciate them now.

So on the card, after “Mom,” I added “+ Dad”. Then I listed all the places they took us: piano lessons, girl scouts, camp, Disney World, Lake George. Washington D.C., leaf-peeping (“Wait — we’re not going anywhere? We’re just driving around to look at leaves?“). On the inside, after “And even brought us back home,” I added, “Except for that Canadian border incident — that was a close call.”

Then I saw it: the words “Happy Birthday.” It’s a birthday card?!  Well, my mother’s birthday is in a month. My father’s birthday was three months ago. “I’m going to make this an all-occasion card,” I wrote.

I thanked them for all the places they took us, and then for letting us take off on our own. I thought back to when I was 16 and alone on a plane across the Atlantic to spend six weeks studying abroad in Switzerland. I thought of the time after college when I decided to head for Europe — by myself since all my friends had taken 9-to-5 jobs with only two weeks vacation. (I opted instead for short-term gigs that would give me lots of travel time in-between.) And then there was the Camino. When I, their eldest child, said, “I’m going to walk across Spain for six weeks. Here’s a rough idea of where I’ll be each night, but that will probably change. I’ll keep in touch via e-mail.”

I wonder if, during those trips they took us on, our parents realized they were planting seeds — a love of travel that would grow well into our adult years. And were they hoping back then that their five children would one day be able to spend a whole week together without fighting? (We still can’t, but we’re much better at it than we used to be.)

Twenty years after that now infamous road trip, my father decided it was time for another family vacation. But there would be no driving. We were flying to Puerto Rico where we’d hop on a cruise ship. Not a single child said no. I’m sure the destination had something to do with it. But my parents have managed to create a family that loves to be together. Sure, we have squabbles like any family does. But when it comes down to it, we actually, genuinely, love each other.

My parents will be back in a few days. And as they sort through nearly two weeks worth of mail, they’ll come across a yellow envelope. There aren’t words enough to thank them for all they’ve done. I’ve told them before, but I could never say it enough.

I know not all of you reading this had great childhoods. But I know all of us have someone in our lives that has done more for us than we could ever imagine repaying. It’s time: time to tell them — for the first time, or the 50th — how grateful you are to have them in your life. If they’re gone, just pause to give thanks. If they’re still here, you’re very lucky. Send them an e-card, or a Facebook message. Better yet, find an actual ink-on-paper greeting card and drop it in the mail.

Who are those people in your life for whom you are more grateful now that you’re older? Send them a note of thanks.