When I picture King Herod, I imagine a chubby, bearded man stomping his foot and stroking his mustache, plotting how to overthrow his latest enemy: a baby soon to be born in a lowly manger.

Though I’m probably not alone in mostly remembering Herod as the threatened and tyrannical ruler responsible for the massacre of the innocents, there’s another striking biblical story about the ancient king in which he throws himself a banging birthday bash and his stepdaughter dances for the guests. Herod is so delighted by the dancing that he promises the young woman anything she wants, and is then devastated when she requests the head of John the Baptist. Though the king imprisoned him, he knows that John is a righteous and holy man, and he’s intrigued by what the guy has to say. But — and here’s the twist — he decides to behead John anyway because he doesn’t want to break his word to his stepdaughter. You read that right: He so values keeping his word that he’s willing to kill someone over it.

To say that King Herod’s decision-making system is flawed would be an understatement. Herod is hardly the exemplar of good judgment and moral living, but reflecting on his story got me thinking about the value of a promise, and specifically, about three ways I can do a better job of keeping my word.

RELATED: How I Use Ignatian Discernment to Help Make Decisions Big and Small

Doing what I say I’ll do in a timely manner.

I consider myself a fairly reliable person, consistently meeting deadlines, helping friends and acquaintances out when they need a hand, and honoring the commitments that I’ve made at work. But there’s one area where I often fail to punctually follow through on doing what I’ve said I’ll do: my home life. I’ll casually tell my husband that I mean to take out the trash, call the vet, or research daycare options, but then days or weeks elapse before I take action. Because these tasks aren’t urgent and I know that I’ll eventually get to them, I justify my procrastination. But the fact is, I would never behave like this in a professional setting. No matter where I am, I need to respect the people to whom I’ve given my word and do what I’ve said I’ll do in a timely manner.

This is a big one for me: I often tell people that I will keep them in my prayers, and then forget about this commitment the moment the words have left my lips. In some ways, this broken promise is simply a failure of follow-through that can be remedied by keeping and tending to a list of the people for whom I’ve promised prayers. But I think the bigger issue is that I throw around this phrase as a panacea for all struggle without ever actually meaning to follow through. I need to really consider: Am I using this (overused) phrase because I intend to hold this person’s life and well-being in my mind and heart, or because it’s a convenient way to wrap up a conversation while also reminding a person that I care? Being honest with myself will enable me to be honest with the people in my life. If I say that I am going to pray for a person, I need to pray for them, and if I don’t intend to offer prayers, I should use words that more accurately reflect my intentions: I will be thinking of you; I will be holding you in my heart; I am here for you. Then, I need to let my words inspire action, and really be there: providing a meal, sending a card, or calling on the phone.

As an introvert, I have a fairly low social stamina, and most weeks I meet my ideal human-interaction-quotient simply through going to work, spending time with my husband and baby, and talking to my mom and sister on the phone.

The problem is that I have a tendency to overcommit myself, not necessarily through making specific plans, but through expressing interest in hanging out with people. For example, after becoming friendly with new acquaintances — say, at my yoga studio or library — someone inevitably suggests getting together for coffee. I find myself saying, “Yeah, definitely! I would love that!” even as I know it’s untrue. While I don’t necessarily think that the right response would be, “No way! I’m not interested in spending time with new friends,” saying that I would love to do something that I would definitely not love to do is dishonest, and it puts me in a difficult position when the person wants to firm up plans later. It would be better for me to be up-front from the beginning with a response such as “I always love seeing you at yoga, but I have to be honest with you: with my work schedule and family commitments, I’m not much for socializing these days. Let’s plan to come early to class sometime, though, and we can catch up more then.” Being careful with how I phrase responses is one way to practice keeping my word.

RELATED: Patron Saints for Introverts: How to Live Your Best Introverted, Spiritual Life

For King Herod, keeping his word meant beheading John the Baptist. Presuming that I’ll never be in a situation in which upholding a promise requires murder, it’s safe to say that considering ways I can do a better job of keeping my word is a worthy endeavor. 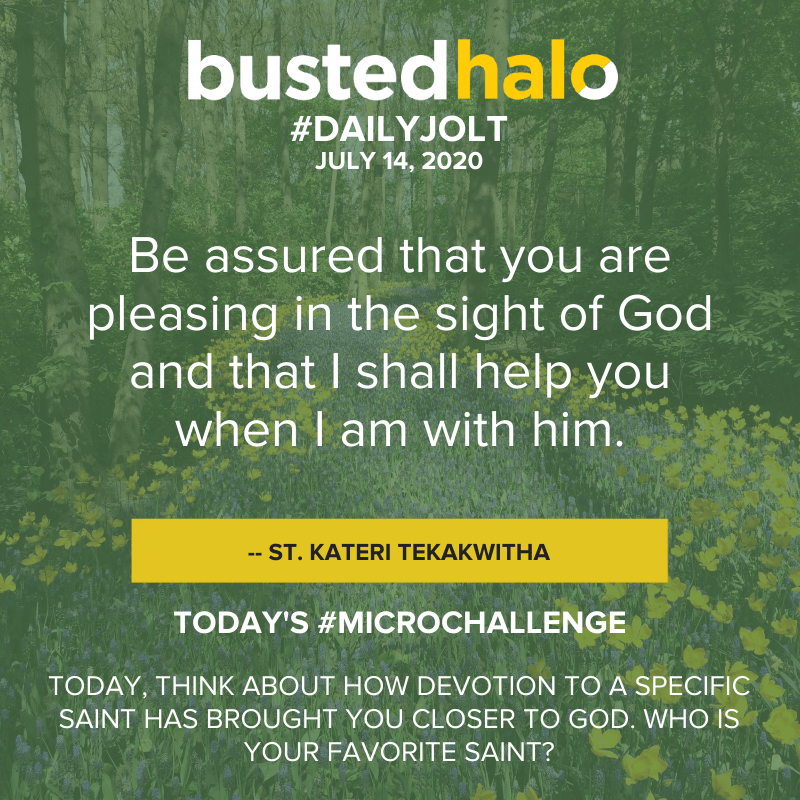