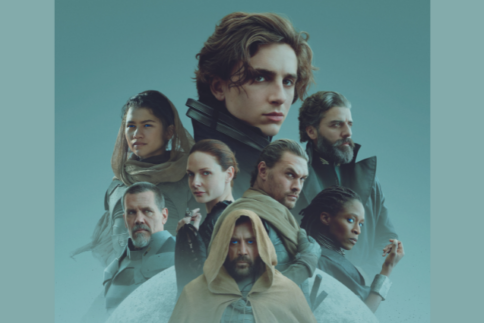 Frank Herbert’s epic novel “Dune” is often considered science fiction’s answer to J.R.R. Tolkien’s “The Lord of the Rings.” While die-hard Tolkienians such as myself may balk at this bold claim, certainly, in terms of sheer scale, the “Dune” series merits the comparison. Over the course of six books, Herbert wove a galaxy-spanning saga of death, betrayal, heroism, and sacrifice.

In “Dune,” the galactic empire rules people across many planets in a feudal system. At the beginning of the novel, the Atreides family gains control over a desert planet with a spice that gives people the ability of interstellar travel. However, a rival ruling family and the emperor conspire to destroy the entire Atreides family.

RELATED: Of God, Tolkien, and Hobbits

Like Tolkien, Frank Herbert crafted for his story a fully realized universe complete with its own history, legends, and religions. He was inspired by multiple real-world faith traditions when shaping the religious landscape of “Dune.” In an afterword written to accompany newer editions of the novel, Herbert’s son (and fellow author) Brian Herbert explains, “The Dune universe is a spiritual melting pot, a far future in which religious beliefs have combined into interesting forms.” Buddhism and Islam are among the most obvious influences, but the attentive reader can detect hints of Catholicism as well.

I first read “Dune” when I was in college. Among the most memorable passages for me is an early scene where the protagonist, the young aristocrat Paul Atreides, undergoes a potentially lethal test of his courage and self-control. The test is administered by the Reverend Mother of the Bene Gesserit Sisterhood, an influential quasi-religious sect of women mystics. To steel himself for this ordeal, Paul recalls the so-called Litany Against Fear, a kind of Bene Gesserit prayer or mantra.

LISTEN: Rabbi Brad on Finding God in the Midst of Fear

The Litany Against Fear is brief but profound:

“I must not fear. Fear is the mind-killer. Fear is the little-death that brings total obliteration. I will face my fear. I will permit it to pass over me and through me. And when it has gone past I will turn the inner eye to see its path. Where the fear has gone there will be nothing. Only I will remain.”

I have struggled with chronic anxiety all of my adult life. Anxiety attacks are difficult to describe to those who haven’t experienced them, but the naming fear as the “mind-killer” and the “little-death” certainly resonates with my own experiences.

Learning to face my fears has been a constant struggle, but when I permit fear to “pass over me and through me,” I too have found that “where the fear has gone there will be nothing.” For me, fear and anxiety are often triggered by uncertainty. In the years since I graduated college, unemployment and job insecurity have been significant sources of distress in my life.

In times when I am between jobs, I worry about how I will pay my bills. Brooding on worst-case scenarios used to trigger crippling panic attacks and would cause me to lose sleep. Through years of experience, I’ve come to learn that focusing on such catastrophic outcomes is counterproductive. The reality of the situation is usually nowhere near as hopeless as fear makes it out.

LISTEN: Fatherly Advice: Helping a Loved One With Anxiety

Pondering the Litany Against Fear has reminded me that prayer can be a powerful weapon against anxiety. Scripture, both in the Old and New Testaments, continually exhorts us to put aside fear and to trust in God. I like to use some of my favorite passages as my own Litanies Against Fear. Here are a few examples:

“Even though I walk through the valley of the shadow of death, I fear no evil; for you are with me; your rod and your staff comfort me.” (Psalm 23:4)

“Have no anxiety about anything, but in everything by prayer and supplication with thanksgiving let your requests be made known to God. And the peace of God, which passes all understanding, will keep your hearts and your minds in Christ Jesus.” (Philippians 4:6-7)

There is also the ancient and powerful “Jesus Prayer,” widely known and loved by Eastern Orthodox Christians, and has been a tremendous help to me during anxiety attacks: “Lord Jesus Christ, Son of God, have mercy on me, a sinner.”

When I focus my mind on repeating the Holy Name of Jesus, and not on the anxiety, I often find the intensity of my fear lessens and the attack soon passes.

RELATED: I Am Not Alone: Finding Comfort in Jesus’ Agony in the Garden

Frank Herbert’s protagonist Paul went on to overcome incredible obstacles and challenges because he learned to cast aside fear. Reading his story has taught me the value of perseverance and fortitude even when circumstances seem desperate and panic threatens to get the better of me. And, unlike this fictional hero, I remember that I have the assurance of God’s Word in Sacred Scripture that he will always be at my side to strengthen me in my battles against the “mind-killer.”