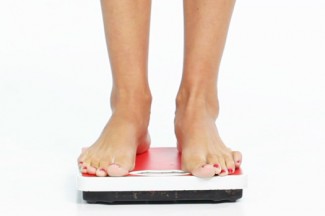 Then came The Fall, which is what I like to call what happened when I was 26 and my metabolism turned on me like Benedict Arnold — or Judas Iscariot if you prefer to keep things biblical. I didn’t realize it right away; I never weighed myself and I ignored the pleas of the waistlines of my jeans and khakis, while stuffing myself into them until the buttons inevitably popped off in exasperation; at which point I would just curse shoddy workmanship and dig through my closet for yet another pair of pants whose seams I could stretch to their farthest limits.

It was only after my doctor gingerly informed me that I was clinically overweight that I began to consider the idea that I was … well … clinically overweight. It was around that time that I also began to seriously consider a vocation to religious life, which served as a convenient rationalization for my second helping of pie and fourth handful of trail mix, seeing as how, since I was a vowed celibate and all, what did it matter how big I was, or what I looked like.

But the nightly sleeves of Oreos were always followed by mornings of regret, which were more and more frequently accompanied by stomach problems. I don’t think I ever liked how I ate, but I couldn’t seem to stop myself. And so as I entered my 30s, I became a cliché: I became that person who every New Year’s Eve vows that this year will be the year that they drop the pounds. And so I would begin January 1, avoiding solid food and drinking only coffee until approximately 5 p.m., whereupon I would proceed to open the gigantic tin of leftover Christmas cookies at my mother’s house and eat them until I was curled up in a fetal position on her couch, shaking, while Love Actually blasted from the plasma screen.

This dietary model wasn’t particular to New Year’s Day either, any Monday would do, really. Sometimes the format would change a bit and I would incorporate exercise into the equation: running, elliptical, weights, Zumba. You name it. I tried it, usually for three to four days, tops. The goal was always the same, to weigh 160 pounds again. That was what I had weighed before The Fall, when I was young, attractive and free, and by free I mean free to eat whatever I wanted to. I thought that if I could just not eat, or eat very little while exercising like a mad man, I could somehow return to my early 20s once more. I knew it wasn’t rational, nor was it something I would ever say out loud, but it took on a life all its own; this illusory world where I would be young and thin again, and if I just got back there, I would once more be able to eat just like I used to. It was the only way I could justify such an unsustainable means of diet and exercise.

It was from the desire to be healthy, not skinny, not hot, not tight, that I was able to begin to make progress. Last New Year’s Day was no different than so many others, but for one thing. I decided that I would do 15 minutes of cardio that day. I did the same thing the next day.

As the years passed and my prayer life grew, my nutty dietary behavior became harder and harder to reconcile with my developing understanding of myself as a beloved Child of God — be it overeating, undereating, over-exercising or utter sloth, none of it was healthy. And it was from that desire to be healthy, not skinny, not hot, not tight, that I was able to begin to make progress.

Last New Year’s Day was no different than so many others, but for one thing. I decided that I would do 15 minutes of cardio that day. I did the same thing the next day. I made no adjustments in my diet. No goals of 160 pounds by Friday. No nothing, outside of the simple goal of doing 15 minutes of cardio just for that day.

In March I began to try to eat more fruits and vegetables, all because I wanted to and it seemed like a healthy thing to do. Last summer while taking courses at NYU and living on 83rd Street in New York City I decided to save money on transportation and walk to and from school, which wound up working out to about six miles of walking daily.

And now as we enter a new New Year, I am 30 pounds lighter than I was when the last one began. My New Year’s resolution this year is to continue 15 minutes of cardio daily, that’s it. If I do more, great, if I don’t, that’s fine too. When I went to the doctor for a checkup in September, I was healthier than I had ever been. More importantly, in my day-to-day living, I’ve noticed that everything is a little easier to do, the breaths are a little less labored, waking up is easier, and fatigue comes a bit later as well.

Of course, I get the inevitable “How did you do it?” questions that have accompanied every significant weight loss that has occurred in the United States since Jane Fonda made her first workout tape. And I must say that the reactions I get when I tell people “how I did it” are frequently ones of muted disappointment, as if they were expecting a wand and a spell or something. But the reality is that what it came down to was a deep desire to take care of myself in light of my deepening understanding of Christ’s love for me and how He wants what’s best for me — to live a healthy and active life.