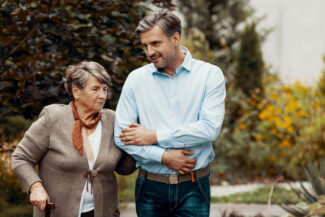 In Roman mythology, Janus was the god usually depicted as having two faces, one that looks back into the past and one that looks forward into the future. He was the god of beginnings and endings, of transitions and passages. In the Catholic Church, the feast day that invites me to look both backward and forward at the same time may seem to be an unlikely one, All Saints Day.

The “looking backward” part of this solemnity is easy. We’re used to recalling the courage and faith of saints who lived long ago, and we ask them to intercede for us in prayer. In fact, the “litany of the saints” is one of the most ancient prayers in the Church and includes all the biggies like Saints Peter and Andrew, Saint Gabriel and Saint Raphael, Saint Mary Magdalene and Saint Agnes, Saint Nicholas and Saint Valentine.

As inspiring as it can be to look back at the lives of these saints, I feel a stronger pull to look forward on All Saints Day. Why? I’ll admit it; sometimes I’m just intimidated by the saints of old. When I think of the courage Saint Joan of Arc had when burned at the stake for her faith, the intellect of Saint Thomas Aquinas and his influence on Catholic theology, or the passion behind Saint Augustine’s dramatic conversion and vow of poverty, I’m daunted. I’m not particularly brave or passionate, and a life of poverty without smartphones or Netflix isn’t one I’ll sign up for any time soon.

RELATED: Saints of Our Lives: Joan of Arc

Plus, most of the saints in our prayer lives today lived a very long time ago. I know I’m blessed not to have to combat lions at the Coliseum or drive snakes out of Ireland, but sometimes it’s hard to relate to those challenges when mine seem much more mundane: mortgage and tuition payments, the care of elderly parents, and the tornado that is raising a teenager.

But the good news is that All Saints Day isn’t about just looking backward. It’s also a call to look forward to the saints-in-the-making alive today.

The first criterion for being canonized as a saint in the Catholic Church is being a “servant of God.” I think of an acquaintance of mine, an accountant named Jean, who spends several hours on Saturdays organizing the preparation of both hot meals and sack lunches delivered to the homeless in my town. Every single weekend. If that’s not the work of a true “servant of God,” then I don’t know what is.

RELATED: How Does the Catholic Church Declare Someone a Saint?

The second criterion is a life of “heroic virtue,” and I’m convinced that my mother’s picture should be in the dictionary next to that term. She grew up in poverty with an alcoholic father who frequently spent the week’s paycheck on whiskey and locked the rest of the family out of the house when he was drunk. Not long after her dad sobered up, her mother suffered a series of strokes that kept her bedfast when my mom was just a teenager. When other girls her age were talking about cute boys and new hairstyles, my mom left school during her lunch period every day to go home and care for her mother. Even after she married and had children, she remained a caregiver to countless people in need who were lucky enough to wander into her life. Without a doubt, she was a woman of heroic virtue.

Perhaps the last criterion for sainthood seems the toughest: Two verified miracles (or just one if the person is a martyr). It’s tempting to think that miracles, like the saints who performed them, are relics of an ancient time. But when we understand miracles to be something far more profound than mere magic tricks, we become able to recognize that miracles can happen in our everyday lives.

To me, seeing new life emerge after the pain of death is miraculous. My colleague Barry and his wife tragically lost their son to a heroin overdose a few years ago. But despite how such a loss has shaken him to his core, Barry remains a person of great faith. He’ll forever question why it happened, and he’ll never move entirely beyond his grief and anger, but Barry now does something I consider miraculous. He works with people who have family members currently suffering from or recently lost to drug addiction. A usually quiet, unassuming person who shuns the spotlight, he has conquered his fear of public speaking and now addresses groups large and small about persistence in the face of pain and how faith can be an antidote to fear. Barry doesn’t just believe in the resurrection; he lives it in his own life. That’s the kind of miracle that strengthens my own faith.

Like the Roman god Janus, All Saints Day is an opportunity to look backward to the saints of centuries past, but also to look forward to the evolving sainthood in process all around us. Perhaps the very best thing we can do on November 1 is to pay attention to “servants of God” demonstrating heroic virtue and performing modern day miracles in our midst. We should remember, too, that we are all saints-in-the-making — if we choose to accept the invitation. 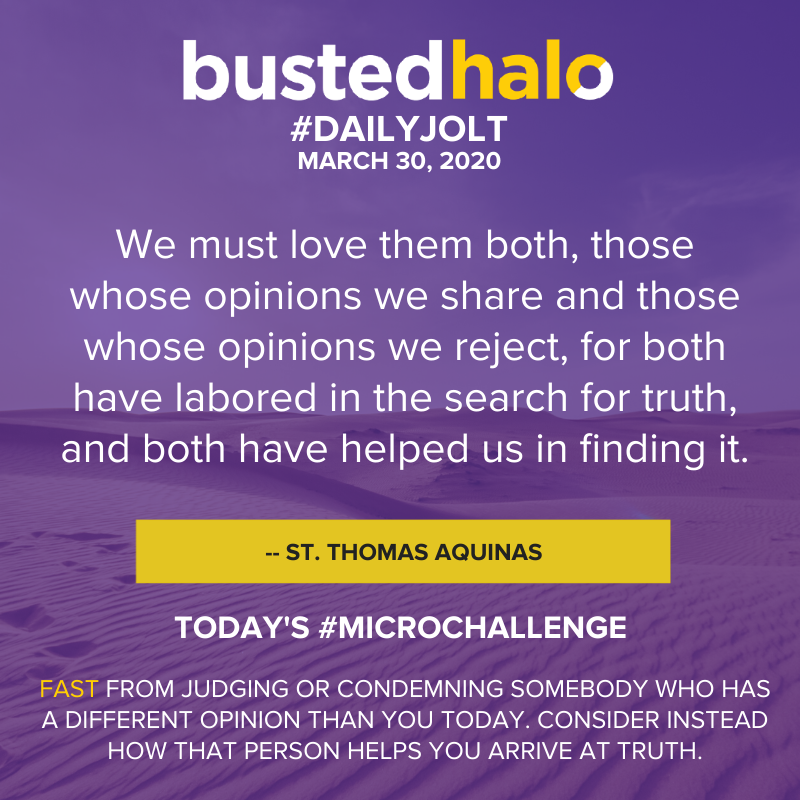