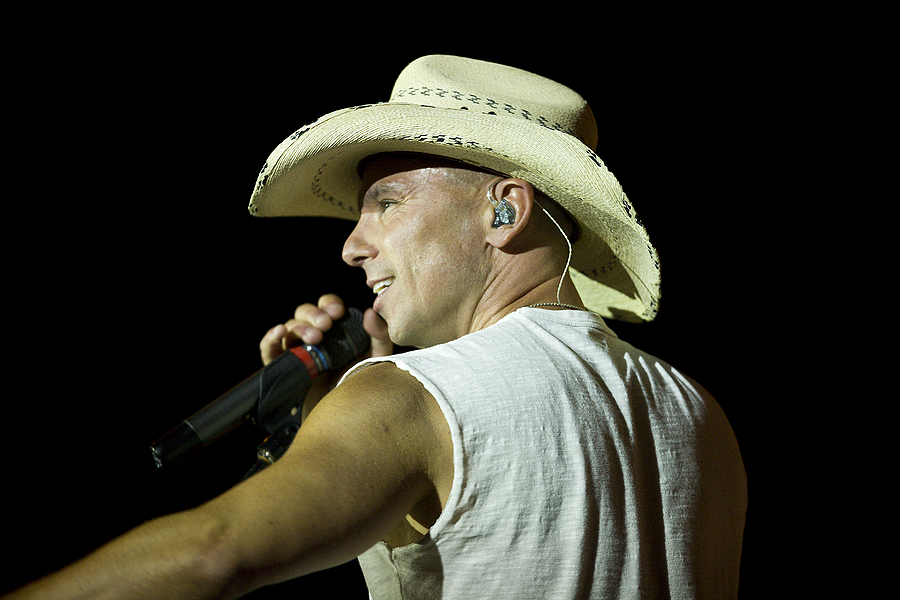 My wife Lisa and I started dating almost 20 years ago during the summer of 2002. That summer, I heard a song on the radio with the line, “We sang ‘Bobby McGee’ on the hood of my car, made a wish on every star, in that clear September sky. One bottle of wine, two Dixie cups, at 3:00 a.m. I fell in love for the first time in my life.” It sounded as if that song had been written just for us. I learned that the artist was Kenny Chesney, and I instantly became a fan. His music has found a special significance in my life ever since.

Kenny Chesney’s persona is synonymous with huge summer stadium concert tours, beach music with a country twist, and living the dream of an island lifestyle. He is the de facto leader of “No Shoes Nation” — both the mentality that his music embodies, and the satellite radio station that carries the same name. But, for all of his songs focusing on beer, beaches, and boats, there is another, more subtle theme woven through his albums. On almost every project that he puts out, there is at least one song that speaks to lending a helping hand, looking out for your fellow humans, and in general, loving your neighbor like Jesus told us to do.

LISTEN: Andrea Bocelli on the Faith Influence Behind His Music

Although not Catholic himself, Kenny was raised with a Christian background, and that comes through in much of his music. His songs have become the soundtrack to many mission trips and service projects for me and my fellow volunteers. For over a decade I have been taking groups of volunteers to serve with Christian Appalachian Project in Eastern Kentucky. As summer heats up and basking in the sun starts looking a lot more inviting than doing the hard work of Christian service, Kenny is there to remind us that we can do a bit of both at the same time. Below are just a few suggested songs to get you in the mood to go make the world a better place this summer. I hope you find them as inspiring as I have.

“Lindy” from the album “Life On a Rock”

This song is about a man named Lindy who is apparently homeless and spends his days wandering the streets of an unnamed beach town. The words highlight the experience of those living on the streets, but in a very understated way. The refrain includes the line “Lindy strolls around and around and around; Around and around and around.” A few years back, my fellow volunteers and I received a generous donation of 50 pairs of brand new shoes that we were able to hand out to homeless folks. The one thing the recipients all told us was how much of their days they spend walking – to a soup kitchen, to a new spot to sleep, away from a business that has asked them to leave their property. The other lyric that really hits the mark is in the second verse “No one knows his last name, but I believe he’s the salt of the Earth, just look past his dirty shirt and you will see just what he’s worth.” We should all take those words to heart. It is easy for all of us to judge based on appearances and jump to quick conclusions.

In the spirit of the corporal work of mercy “Visiting the Sick,” my fellow volunteers and I served as hospice volunteers for several years. We met with people who were near death and visited with them, listened to their stories, and provided companionship. Kenny’s song “Sing ‘Em Good My Friend” provided the perfect stepping off point for that experience. Kenny paints the picture of a man who is caring for his dying wife. “She spends her days downtown hooked up to some machine. The Lord’s gonna take her home real soon…” For me, the lyrics are so relatable because it’s told from the perspective of a stranger entering into a couple’s suffering. The song ends with the line “Well I cried when I got in that truck so I put on my shades.” After hearing that easily over a hundred times, it still moves me, because I can see the faces of every person whose bed I have sat beside.

RELATED: How to Create a Volunteer Experience With Friends

“Like Me” from the album “The Road and the Radio”

For me, not every song on this list has to be entirely devoted to the theme of service or spirituality. In the case of “Like Me,” there are just a few key lyrics that jump out, including “Here’s to faces I have seen, a carnival of those who dream” and “To every dreamer I have known, may Lady Luck take you home.” I’ve referenced these lyrics a lot when wrapping up a service initiative, particularly weeklong trips. That image of a “carnival of those who dream” captures all of the encounters that we have when reaching out to others. It is always such a random hodgepodge of Christ’s people in all of their humanity. The song simultaneously conjures memories of those I have served, but also those that I have served with.

I want to end this on a decidedly happy note, and there’s no better song in Kenny Chesney’s discography to do just that. Chesney has said of the song, “It’s about living with passion – it’s about picking yourself up off the bottom, reclaiming your soul, restarting.” The song has a motivating musical buildup and opens with the lines “Get ready for the big revival. Everybody get in the van.” As such, it has become my go to hype song for any service activity that involves a road trip, short or long. The refrain of “Praise the Lord and pass me a copperhead!” references the notorious snake handling sects of Christianity. Although as Catholics, we do not interpret those lines of Scripture literally, the song lyric still conjures imagery of taking a leap of faith.  I like to think of it as Kenny’s own version of a parable. The van that we are getting into is the Mission of Jesus Christ. The copperhead is all of those fears and insecurities that hold us back, keeping us in our comfort zone. In Jesus’ name, overcome those reservations with enthusiasm!

There are many other songs that could be added to the list. Just a few more suggestions might include Kenny’s songs “Baptism,” “That’s Why I’m Here,” “Song for the Saints,” “Jesus and Elvis,” or “The Life.” For me, each is reminiscent of a story and the faces of those we have served. I’ll leave those for you to explore. In the meantime, enjoy spreading mercy, music, and merriment this summer.