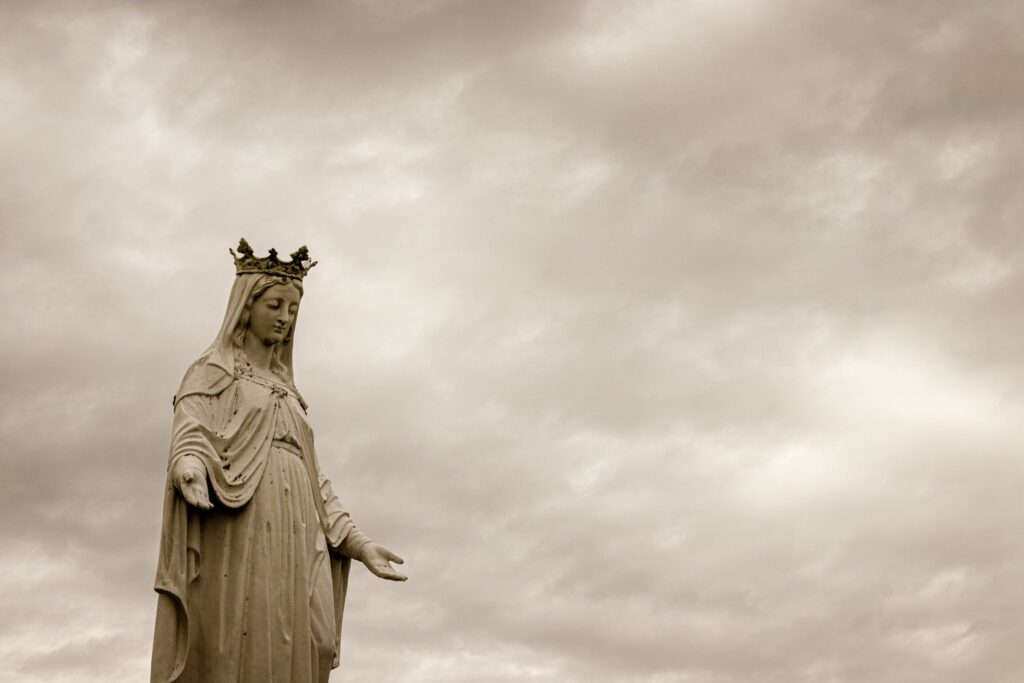 For over two years, every night it’s the same: At the appointed time, I gather my freshly bathed and pajamaed toddler into my arms, all fuzz and snuggles. We turn off the light in his bedroom and settle into the rocking chair. My son knows the drill, so he tucks his fuzzy head under my chin and cuddles into my arms. Then we begin:

Softly, we rock in the darkness. I recite “Goodnight Moon.” Then five nursery rhymes, another book, four prayers, and a lullaby.

RELATED: I Never Connected With the Rosary… Until I Became a Mother

They’re the same words every night, and they’re my child’s bridge between the discoveries of day and the peace of sleep. As we sit together, heart-to-heart, my voice surrounds and comforts him, but I imagine he is not thinking of me. My voice, and our nightly litany, is background music that fades away while he reviews the day and surrenders all his anxieties to calm.

It is a sweet privilege to be his background music, to be that safety that allows him to bound with courage into the world.

At one time, the Son of God rocked in his mother’s arms, tucking his fuzzy head under her blessed chin as she cuddled and sang to him. The Blessed Virgin Mary was the background music to his earthly ministry. First, it was the beating of her heart at the Incarnation, when Jesus spent nine months safely in the tabernacle of her womb. Then, her voice was the background music at his foretold birth in Bethlehem, and even during an exiled flight into Egypt that lasted a number of years while powerful men sought to take his life. Mary was there in the background when Jesus performed his first miracle, quietly and confidently telling the Galilean wedding staff, “Do whatever he tells you” (John 2:5). When Jesus’ time had come, Mary was there, in the background, as her Son obediently met his ultimate suffering: his Passion and death. Mary had seen him all the way there. And what a gift, that the Lord passed her on:

And our mother she is.

RELATED: No Mere Greeting: The Hidden Meaning of the Hail Mary

It was with a shock that I realized, while rocking my son, that Mary is the background music to my relationship with God in the Church — and quite literally! Every time I pray the Rosary, I pray for her intercession 53 times, but each time, the “Hail Mary” fades away as I meditate on that decade’s mystery, which is a moment in the life of Christ.

It was a great surprise because I had struggled to feel devoted to Mary ever since I turned 13, when I reached — and passed — the age of her world-saving “yes” to God. But now, as a mother, I can understand her differently. She is the background music to my spiritual life: to my relationship with Christ.

“She is an echo of God, speaking and repeating only God. If you say ‘Mary’ she says ‘God.’” Writes St. Louis de Montfort in “True Devotion to Mary.” “[Y]ou never think of Mary without Mary thinking of God for you. You never praise or honour Mary without Mary joining you in praising and honouring God.”

WATCH: The Rosary in 2 Minutes

In that “Hail Mary” greeting, in the repetition of her prayers, Mary smooths out the wrinkles between me and God, pouring his grace into my life and carrying me — as a mother carries her child — to see the King of Kings.

And it’s almost like she rocks me, with my head tucked under her chin. Her warmth remains as her voice fades to the background, so all that remains for me to embrace is the light of Heaven: the Son she rocked thousands of years ago, who went to the cross for me, and pursues me even now.

Now, and at the hour of our death. Amen.