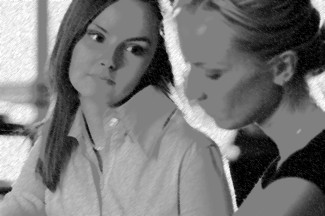 Question: I have a friend that I think might be in an abusive relationship, but I don’t know for sure. Every time I try to talk to her about it, she shuts down, and now she barely talks to me at all. Why does anyone stay in an abusive relationship? Is there anything I can do to help?
Answer: I wish there was a simple answer to your question. Being aware of the potential for abuse is one way to protect your friend, but as you have found out, it’s very difficult to confront the situation if she isn’t willing to talk to you about it.

Another layer of secrecy is added when the victim protects the perpetrator. Your friend is likely struggling with shame about her situation, intense fear concerning what the abuse means about her and her relationship, and denial. Your friend may not want you to start asking questions that she doesn’t want to ask herself.

At the beginning, a significant other may appear simply to be “possessive” when he starts limiting his partner’s access to friends or family — to his partner, his behavior may seem romantic, even making her feel special and highly valued.

The answer to why a person would stay in an abusive relationship is equally complex. (I’ll use “he” to correspond with the perpetrator in your question, but women can be abusers in relationships, too.) Most of the time, the relationship doesn’t start out with physical abuse. At the beginning, a significant other may appear simply to be “possessive” when he starts limiting his partner’s access to friends or family — stopping her from spending time with others, or talking on the phone, or having any other close relationships. And to his partner, his behavior may seem romantic, even making her feel special and highly valued.

Controlling behavior is the first sign to appear, then things escalate as the relationship progresses. By isolating the victim, she is less likely to be able to reach out for help. Emotional abuse, such as telling a lover she is worthless or that no one else would want to be with her, is another way of exerting control. He may use intimidation or sexual coercion. The physical abuse may start out as preventing her from leaving during arguments, but all abuse has the dangerous potential to escalate.

The perpetrator ultimately wants absolute control and power over his victim. And then, the cycle of abuse sometimes includes a “honeymoon period,” where, after an abusive episode the perpetrator is very apologetic and appears to have remorse, showers the victim with gifts or romantic getaways, and promises never to become abusive again. Many perpetrators struggle with not being able to stop, even when they want to.

So, your friend is now in love with someone who is telling her that he loves her. Or, she is more afraid of being alone then she is of being hurt. You may know if she has a history of child abuse or witnessing domestic violence. She is likely struggling with extreme insecurity and possibly even a lack of self-identity. She may not know who she is without being in a relationship. She wants to be loved, like all of us do, but has found herself caught in a situation where she is confused and feeling powerless. Sometimes the perpetrator will threaten to kill himself, or his victim, if she leaves. If there are any children involved, then threats to harm the children are an even more powerful way to prevent the victim from leaving.

What can you do?

So, what can you do to help your friend? You can find resources through the National Domestic Violence Hotline at thehotline.org. Try to stay connected to her, just to let her know you are there and thinking of her. If she doesn’t want to answer your questions, then don’t ask. But show her that if she ever wants to talk about it, you are available. You may get a pamphlet on domestic violence to show her, or some resources on how to get out of an abusive relationship. Remember, he may be monitoring her computer or internet usage, where and how she spends money, or the contents of her purse. So, keeping her safe is a top priority. If you can talk to her family or someone else who may be closer to her, consider reaching out with your concerns. You can also offer her resources on counseling or therapy.

It might sound contrite, but the power of prayer holds promise for you and your friend. Pray for her protection, for her discernment, and for her boyfriend. Ask the Holy Spirit to move into this situation. I once had a supervisor tell me that domestic violence is the most difficult situation to resolve. But we are in the business of hope, and so my prayer is that you will not lose hope for your friend, and you will find a way to reach her.