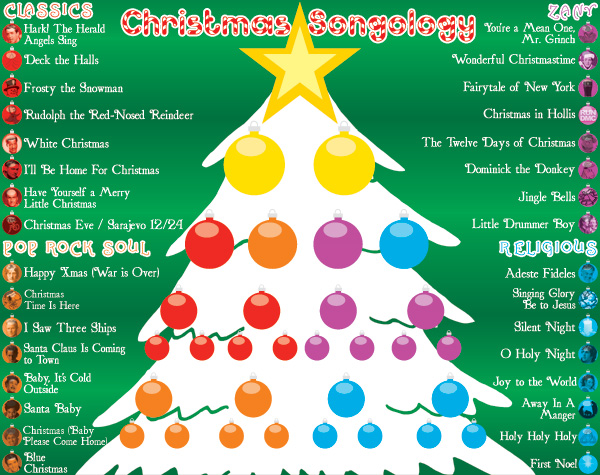 Busted Halo® is giving you an early Christmas present this year: a bracket contest where you get to listen to, decide and vote on which Christmas song you think is best. It was hard narrowing it down to just 32 selections since there are so many songs out there, not to mention honing them down to some of our favorite versions from some of our favorite artists. What we ended up with is a great mix of classics, religious, more modern, and a miscellaneous category that we just ended up calling “zany”. So take some time to listen and compare, and then cast your vote in this first round to begin decorating the Christmas tree with the best Christmas songs.

Hark! The Herald Angels Sing as performed in It’s a Wonderful Life

Deck the Halls by Mannheim Steamroller

Mannheim Steamroller’s Deck the Halls is a popular choice for modern Christmas light displays, though the original tune can be traced as far back as the sixteenth century, from a Welsh winter carol called “Nos Gallan.”

Have Yourself A Merry Little Christmas was performed by Judy Garland in the 1944 musical Meet Me in St. Louis. Though the song often follows the altered lyrics from Frank Sinatra’s cover (“Hang a shining star upon the highest bough”), James Taylor’s version restored the original line (“Until then we’ll have to muddle through somehow”), giving the song a more melancholy tone.

In addition to being a rocking mix of God Rest Ye Merry Gentlemen and Carol of the Bells, Christmas Eve/Sarajevo 12/24 tells the tale of cellist Vedran Smailovic, who reportedly played Christmas carols in the ruined town square of Sarajevo at the height of the Bosnian War, to show that there was still hope and good human spirit alive in such a war-torn place.

The origins of Irving Berlin’s White Christmas are unclear, but one version of the story places Berlin in La Quinta, California in 1940, where he handed his secretary 48 measures of the song and said “I want you to take down a song I wrote over the weekend. Not only is it the best song I ever wrote, it’s the best song anybody ever wrote!”

Michael Buble’s version of I’ll Be Home for Christmas is a cover of Bing Crosby’s 1943 hit.

Frosty the Snowman by Gene Autry

Frosty the Snowman was recorded in 1950 by Gene Autry as a follow-up to his popular song, Rudolph the Red-Nosed Reindeer…

The first #1 song of the 1950s, Gene Autry’s recording of Rudolph the Red-Nosed Reindeer is the most popular rendition of the song as well as the second best selling Christmas song of all time, falling in just behind Bing Crosby’s White Christmas.

Singing Glory Be to Jesus performed by the St. Augustine Choir from Washington, DC

Singing Glory Be to Jesus is not only a famous gospel song that’s often heard during the holidays, it also happens to be the favorite Christmas song of Busted Halo’s® Fr. Steve, who performs it here as part of St. Augustine’s choir.

Holy, Holy, Holy is a Christian hymn written in 1861 for use on Trinity Sunday. The song borrows from the Book of Isaiah, and was featured in the 1953 film Titanic.

Away In a Manger performed by the Mormon Tabernacle Choir

First published in 1719, Joy to the World was written by Isaac Watts, and based on Psalm 98. Mariah Carey’s version, recorded in 1994, is notable for Carey’s mashup of the classic tune and the 1971 Three Dog Night song of the same name.

Away in a Manger, a traditional Christmas carol from the 19th century, contains a verse that some nitpickers out there consider to be theologically ambiguous. It’s argued that “no crying he makes” implies that by not crying, Jesus could not have been fully human as is taught by orthodox Christian doctrine.

In 2011, UNESCO declared Silent Night an intangible cultural heritage of Austria, homeland of its composer Franz Gruber (most likely the inspiration for the name Hanz Gruber, the villain in the classic Christmas film, Die Hard). In 1989, Enya recorded Oíche Chiúin, this Irish language version of the song.

Happy Xmas (War Is Over) by John Lennon

Happy Xmas (War Is Over) was originally written by John Lennon as a protest song about the Vietnam War, although it has since become a Christmas classic.

Christmas (Baby Please Come Home) was initially released by Darlene Love in 1963. She has performed the song every year since 1986 on the last episode of Late Night with David Letterman before Christmas.

First recorded in 1948 by Doye O’Dell, Blue Christmas attained its greatest popularity in 1957 when it was covered by the King of Rock n’ Roll, Elvis Presley. The song is getting some special attention this year due to a new cover by 16-year old David Thibault on CKOI Quebec.

Well known for her distinctive vocals and her role as Catwoman in the final season of the 1960’s Batman series, Eartha Kitt was also the talent behind the original recording of Santa Baby.

I Saw Three Ships by Sting

An offshoot of the popular tune Greensleeves (though less direct than What Child is This), I Saw Three Ships originated in the 17th century. Sting’s cover of the song was released in 1997.

Santa Claus is Coming to Town dates back to 1934, but this popular Bruce Springsteen recording comes from a Long Island concert in 1975, (however, it wasn’t released until ten years later).

Paul McCartney recorded Wonderful Christmastime completely on his own during the sessions for his 1980 solo album McCartney II. Though the Christmas staple is often regarded as one of McCartney’s worse songs, it nonetheless has earned perennial airplay, and continues to make the former Beatle about $400,000 annually.

This recording of Jingle Bells comes to us from Mexican band leader, pianist, and composer Juan Garcia Esquivel, better known simply as “Esquivel!”

The Twelve Days of Christmas by John Denver & The Muppets

Dominick the Donkey by Lou Monte

John Denver collaborated with The Muppets for a full album featuring songs from their 1979 Christmas special, John Denver and the Muppets: A Christmas Together.

Dominic the Donkey, recorded in 1960 by Lou Monte, is a classic Christmas song in Italian households, as well as a beloved and fun tune for all. The studio production for the original recording is rumored to have been financed by the Gambino crime family of the New York Mafia.

Fairy Tale of New York by The Pogues

Christmas in Hollis was released in 1987 by American hip-hop group RUN-DMC. It has been featured in such pop culture staples as Die Hard, The Simpsons, The Office, and most recently, Orange is the New Black. 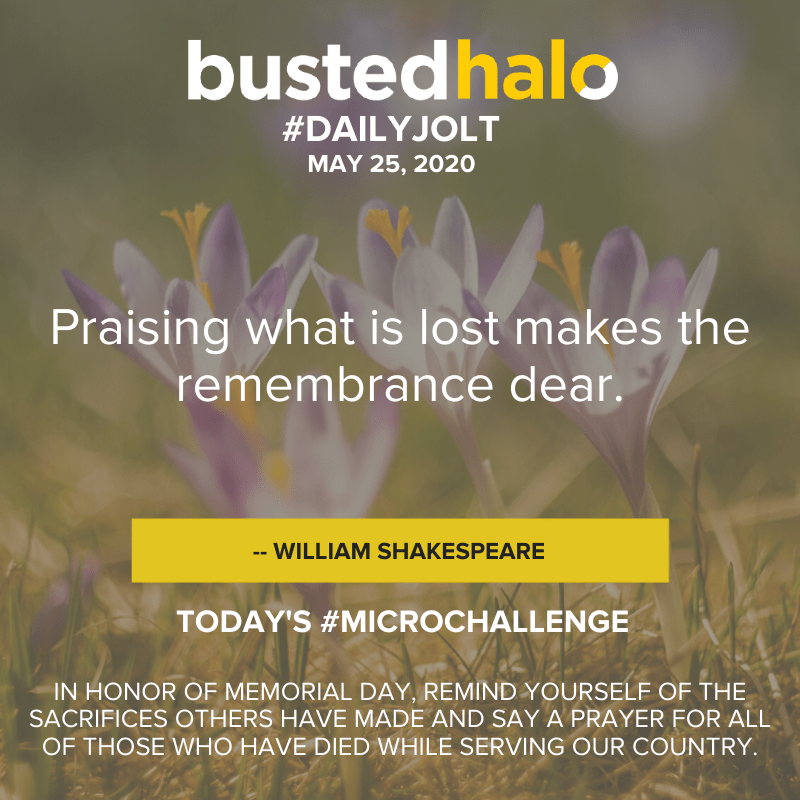