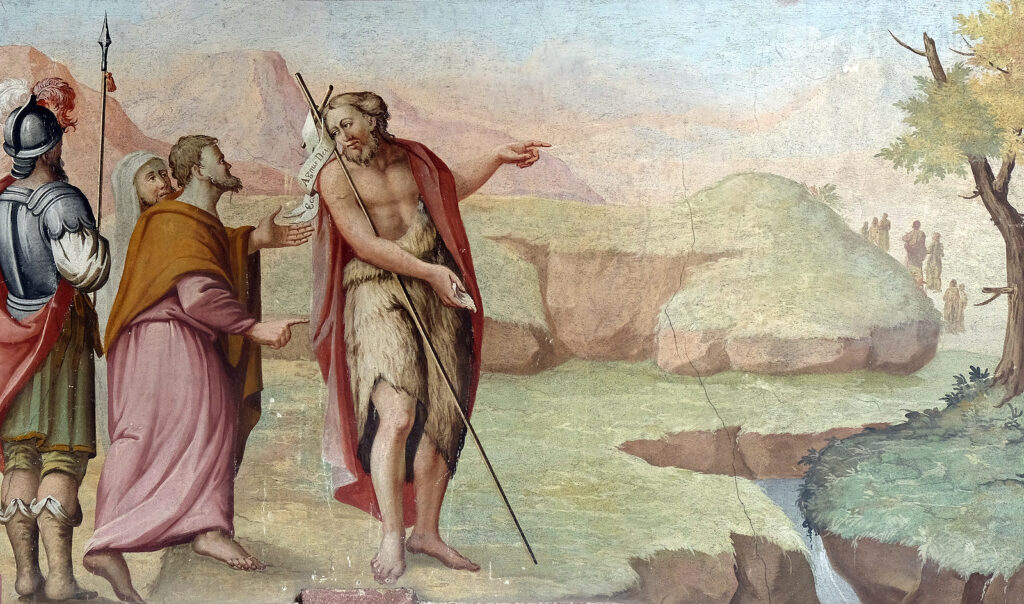 When you think of Advent, your mind might not immediately go to John the Baptist, but this saintly prophet plays a pivotal role in the liturgical seasons of Advent and Lent. He was the herald, the forerunner who spoke about Jesus’ coming deliverance. No one does a greater job living for and preparing others for Christ than this saint. His entire life, mission, words, and works were breathing examples which pointed, not to himself, but to Jesus. In the midst of our own Advent journeys, there is no better exemplar who can show us the way.

My route to finding the importance of John the Baptist was a long one. For much of my life, I thought he was simply Jesus’ cousin who wore weird clothing, lived in the desert and baptized people. I was convinced that he was merely another saint in the cast of characters we are called to emulate. However, I later found that his witness, zeal, and faith was a blueprint for discipleship.

It wasn’t until I began to pray with the Liturgy of the Hours (Breviary) in college that I began to see the depth and benefit of taking up a John the Baptist spirit. The Breviary is a collection of psalms, Scripture passages and prayers which traces its origins to the prayers of Israel in the Temple and during exile as well as Jesus’ constant mention of the psalms. This form of prayer took on global significance in the 16th century and has become a way for religious and lay people to consecrate various times of the day to God.

Setting aside time for prayer is always a challenge for Christians who live and work in the world while raising families, especially during Advent. There are so many items on our checklist and so many tasks to accomplish that it becomes difficult for me to keep myself centered on what the goal of this season is. Marking each period of our day with a turn towards God’s power, presence, and profound love allows us to see that he is always working in the present moment. Habits in prayer and reflection have been the most helpful way for me to stay awake and call to mind the gravity of the Christmas message we are waiting for.

LISTEN: What Is the Liturgy of the Hours?

Recently, I’ve focused on praying the Liturgy of the Hours. The Breviary contains Morning Prayer, Daytime Prayer, Evening Prayer and Night Prayer, with the appearance of John the Baptist entering in profound fashion each day in Morning Prayer. The recitation of the Canticle of Zechariah or Benedictus (Luke 1:68-79) highlights John’s father, Zechariah, and his prayer of joy after his son is born. John the Baptist plays such an important role each day, which surprised me at first, but made complete sense the more I thought about it.

Zechariah speaks about how his son will be the highest prophet, who announces salvation to all. He will also have the privilege of “preparing the way for the Lord” and pointing to God’s tender mercy revealed in the sacrificial and unconditional love of his son. John would have seen the lives of prayer lived out by his parents, Elizabeth and Zechariah, and would have had a deep intimacy with the Father through reciting the Scriptures and contemplating God’s glory.

RELATED: ‘Getting Ready’ This Advent

Here is John’s unmistakable push for you and for me this Advent: not only to pray with more frequency each day, but to highlight the bountiful mercy which Christmas proclaims while finding more ways to proclaim that message to the world around us. Personally, I’m experiencing the push to ask myself each day of Advent: What am I going to do today to preach Christ’s name and love? The first step in reaching this goal is to be grounded in intimacy with God like John was. This can be accomplished by inviting our families to pray together more often before meals, in the morning, and before bed, as well as coming together after Sunday Mass to speak about the power of the readings.

John’s prayer life fed his spirit, and it needs to feed ours so that we are enabled to become “the voice crying out in the wilderness” exclaiming “prepare the word for the Lord” (Mark 1:3; Isaiah 40:1). The Baptist’s teachings, actions, and entire existence was a billboard for the coming of Jesus Christ. This is literally what Advent asks us to focus on and accomplish in our own lives. Ponder the Song of Zachariah each day, wake up asking yourself how you will prepare the way for him today, and retreat to the wilderness more often to sit with God’s presence.

May we accept the invitation to point others to Jesus like John did by speaking about God in the ordinary moments, inviting others to pray with us and reflecting on how we can move further towards loving our neighbor. May we do so by enacting simple but profound habits that shout out to the world the beautiful grandeur which is the baby born in Bethlehem.