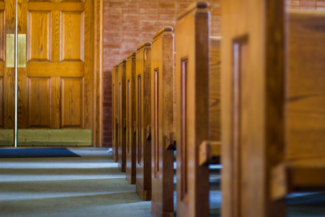 I know that Adam and Eve are in the book of Genesis because I’ve read that one. I also know that Phil Collins was the lead singer until 1985 or so. After Genesis, Phil Collins moved on to a successful solo career, and I moved on to Revelations, which is an incredibly fast and interesting read because it’s basically imagery for every 80s heavy metal album cover.

The first and last chapters, that’s what I’ve read. Do not quiz me on Bible facts because I will fail.

Phil Collins facts, on the other hand …

So, while I know plenty about life-things, like how to get the smell of regurgitated baby formula out of a couch, what I know about the book of Exodus is:

Until we moved to our current state of residence, we had never actually seen a mass exodus of anything. We only have three kids, so when they all get up and leave the room at the same time, it’s pretty anticlimactic.

RELATED: When Does the Mass Formally End?

The exodus I’m talking about is this weird movement of people who leave Mass as soon as Communion is over. It’s weird because the Mass isn’t over yet. It’s like leaving a movie 10-15 minutes before it ends because you know there are credits coming. Sometimes, the bloopers come after the movie ends and the credits start; but you won’t know if you don’t wait. And really, what’s five or 10 more minutes after you’ve sat through an entire movie?

While most Catholic priests don’t offer a gag reel after the final hymn (most), technically the service, in the words of Lenny Kravitz, ain’t over til it’s over.

The first few times it happened, we thought it was an odd coincidence. After it kept happening, we were confused. We looked around to see if others were just as confused as we were, but there were only about nine people left in the church sparsely scattered across the pews like sauce across a tiny entree on the dinner plate from fancy, overpriced restaurant.

Every week this happened.

Every Sunday, a majority of people walk up to the altar, receive the Eucharist, follow the line back around the pews and right out the front door.

“Is Jesus outside giving away free toasters in the parking lot?” my husband asked.

We have no idea because we’re still waiting to go up for Communion while most of these people are leaving. We sit in the back of the church in the last possible pew before we are across the street in the baseball field. This is where people who have loud kids sit. As if the back of the church somehow stifles the sound of a 3-year-old shouting, “I want a donut! Can I give Jesus some money?”

RELATED: The World Is Noisy; Mass Is Not

So, what I do know is if Jesus were there, he wouldn’t make a mad dash down the aisle, skimming his toes across the baptismal font that my kids call a “hot tub.” He wouldn’t jump into his Dodge Charger Beau-and-Luke-Duke style only to speed off to his seat at the right hand of the Father to catch the Broncos game.

Do you know why? Because the Broncos are having a horrible streak of seasons.

So, where can you possibly go by leaving Mass early?

Out of the parking lot.

Many of the folks in my parish want to avoid the mass exodus of parishioners all leaving at once.

Do they know that because of this, if they wait until the end of Mass, the parking lot is a deserted wasteland?

You can take your time walking to your car because there are only nine people left who have to leave. You can drive out of the parking lot without stopping every three seconds behind the trail of cars in front of you that also left Mass after Communion.

Of course, that’s not really a biblical lesson; it’s common sense. As I said, I don’t know much about the Bible. What I do know is that 40-70 minutes once a week is a pretty small time commitment.

It’s less time than the average movie or Netflix binge.

So, if you’re a parishioner racking up frequent flyer miles for how fast you skip out of Mass after Communion, and you don’t have a valid reason, I say, what’s the hurry? Where’s the fire? Sit down, and stay a while longer. Don’t you want your final blessing?

I can assure you that Jesus is probably not in the parking lot holding a small appliance raffle for the first seven people out the door.

I’m not sure what Scripture says about leaving Mass early, but I know what Phil Collins says: