Contemporary Catholic biblical scholars tell us that the stories found in the book of Genesis are not meant to be a source of historical or scientific fact as we understand those terms today. Rather, they are meant to convey religious truth. In the words of one Catholic spiritual leader, “the purpose of the Bible is not to tell us how the heavens go, but how to go to heaven.”

Pope John Paul II,in his message to the Pontifical Academy of Sciences (October 22, 1996), observed that “we will all be able to profit from the fruitfulness of a trustful dialogue between the Church and
science.” John Paul took as his starting point the principle voiced by his predecessor, Pope Leo XIII, that “truth cannot contradict truth.” John Paul II recalled the encyclical of another predecessor, Pope Pius XII (Humani generis, 1950) that scientific theories of evolution do not contradict Catholic teaching providing they allow for the spiritual dimension of the human person.

John Paul observed that since Pius XII’s encyclical “fresh knowledge that led to the recognition that evolution is more than a hypothesis.” He voiced no difficulty with this. John Paul saw science as providing important truths about the physical and biological origins of the human race, but advised that “science cannot observe the development of the spiritual, the human capacity for self-awareness and self-reflection, moral conscience, freedom and religious experience.” These are the subjects for theology and philosophy.

In short,there is no necessary contradiction between scientific theories of evolution Catholic belief. Moreover, Catholics are not obligated to believe that the story of “first parents” named Adam and
Eve as told in the book of Genesis is historical fact. They are, however, called to believe the religious truths which the Genesis story proclaims, namely:

I hope this helps to answer your question,
God bless,
Fr. Joe 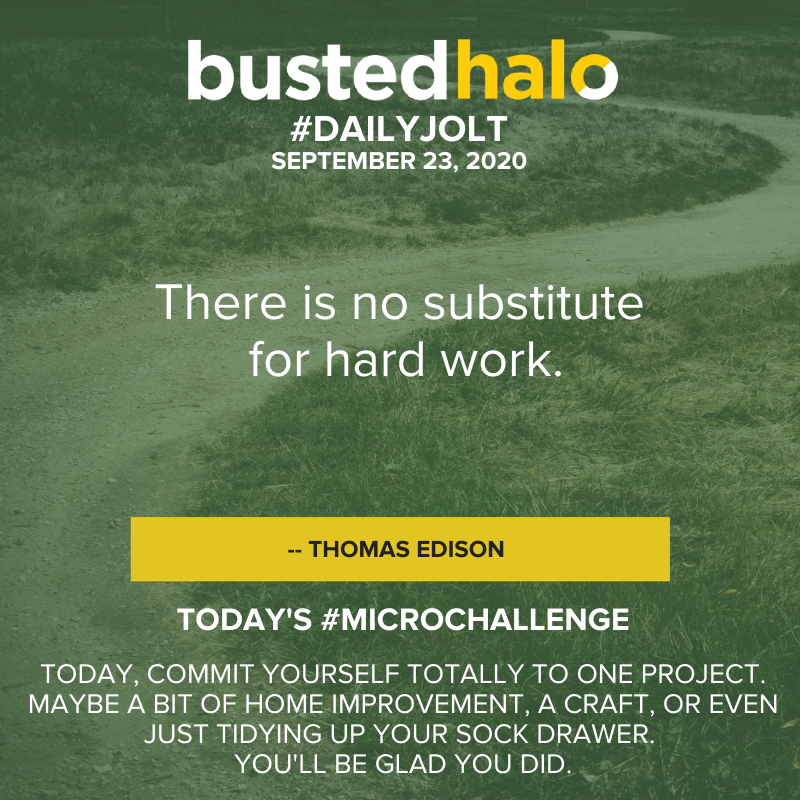