Fr. Dave Dwyer, CSP,  is Director of Busted Halo®, the Paulist Fathers’ ministry and media outreach to Catholics in their 20s & 30s. He hosts “The Busted Halo® Show with Fr. Dave” on SiriusXM radio’s The Catholic Channel (ch. 129), a nightly call-in talk show, and co-hosts the weekly “Conversation with Cardinal Dolan” with USCCB President and New York Archbishop Timothy Cardinal Dolan. He is also the host of the “Sacraments 101” video series on YouTube and is publisher of “Young Adult Ministry in a Box,” a digital subscription service for parishes wishing to start up ministry to those in their 20s & 30s.    Father Dave speaks in person around the country about reconnecting young adults with their faith, and has offered commentary in or on CNN, The History Channel, NBC Nightly News, Fox & Friends, The Today Show, The New York Times, Newsweek and The Daily Show with Jon Stewart.  He has worked in campus ministry at the Universities of Colorado and Texas, and has developed young adult ministry programs for the Archdiocese for the Military Services, USA.  He is popular with young adults because of his dynamic and relevant preaching in person and downloaded as podcasts.   He was ordained a Paulist priest in May 2000, but prior to answering the call to priesthood he directed television for MTV and Comedy Central. He holds a Masters of Divinity from Catholic University and a B.S. degree in communication from Syracuse University.  For more details on Fr. Dave’s move from the world of television to the priesthood, check out our “Busted” profile of him.

Barbara Wheeler is Editor-in-Chief of Busted Halo®. Barbara graduated from Shippensburg University in Shippensburg, Pa., with a degree in journalism and public relations. After college Barbara moved to Jackson, Miss., and was part of a young adult volunteer program that blended service, faith and social justice. This experience led her to New York City to pursue a career in the nonprofit sector that would also incorporate her journalism background. Before arriving at Busted Halo® Barbara was editor-in-chief of Response, the magazine of United Methodist Women, and oversaw an award-winning redesign that targeted a younger demographic. At Busted Halo Barbara combines her skills in writing, editing, and communications with a passion for inviting young adults to reconnect with their faith. Barbara is currently serving as the chairperson of her parish council.

Phil Fox Rose is content manager at Busted Halo. In addition to his work here, Phil is a personal spirituality writer, and assistant coordinator of Contemplative Outreach in New York City, with 20 years of centering prayer and other contemplative practices. Before Busted Halo, Phil was Content Director for Housing Works. He’s been a national columnist for Computer Reseller News and The Green Paper, and has held senior editorial positions at several national magazines. Phil was Director of Product Design at digital radio company Clickradio, and has also been a political party leader, videographer, web developer, tech journalist, punk roadie, software designer, sheepherder, stockbroker and downtempo radio DJ. philfoxrose.com. Follow Phil on Twitter and Facebook. 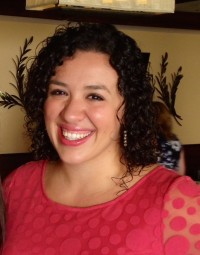 Jen is digital content producer at Busted Halo. After graduating from Fordham University with a degree in Journalism and Sociology, Jen explored the wild world of TV production, working for the Emmy Award-winning “Martha Stewart Show,” and serving as a writer and producer for ABC, Cooking Channel, and others before shifting her focus to digital content at Yahoo. She kissed freelance life goodbye to pursue the opportunity to use her media savvy in the nonprofit world. Jen serves as a retreat leader and young adult minister in her parish, and participates in several Jesuit-y things thanks to her Fordham alumni family. She’s an avid planner, baker, traveler, dancer, and a brunch enthusiast.

Mike co-founded BustedHalo.com in December 2001. In addition to his work at Busted Halo, Mike works in Campus Ministry in Buffalo, NY. A frequent speaker on ministering to young adults, Mike is the author of two books Googling God: The Religious Landscape of People in their 20s and 30s with Paulist Press and Loving Work: A Spiritual Guide to Finding the Work We Love and Bringing Love to the Work We Do with Orbis Press. In 2002, Mike received a Catholic Press Association Award for his article “Transformation and the 20’s and 30’s Crowd” that appeared in Share the Word magazine. Before working in ministry, Mike produced radio talk shows at WFAN and WOR in New York and also covered major league baseball for NPR and WOR. Mike and his wife, Marion, are residents of Amherst, New York where they live with their dog, Haze.