One of the sacrifices that comes with living in a religious community is that you don’t always get to watch what you want on TV. So, a few years ago I reluctantly sat down with a group of Buffy the Vampire Slayer fans and, to my surprise, became one myself. I was impressed by the show’s quality, its snappy dialogue and its insight into the value of heroism and friendship. I was especially taken by what it had to say about a favorite topic of us religious types, vocation. Buffy, sadly, has been canceled, though she lives on�as she did after dying a couple of times in the course of the series�in syndication. You can catch her almost daily, between episodes of “Law and Order.” But, in primetime, there’s a new hero in a new town�Joan of Arcadia . Joan may not have the physical stamina of Buffy, but like Buffy she reluctantly embraces her unasked for vocation and may, in the end, even without weapons cache and wooden stakes, turn out to be the tougher of the two.

The prophet Jeremiah’s first reaction to God’s call was, “Hey, can’t you see I’m too young for this” (more or less, Jeremiah 1:6). He later said of his calling, “You duped me, Lord, and I let myself be duped!” (really, Jeremiah 20:7). Buffy and Joan (season two starts September 24) both also have reason to complain. They both receive their calling in high school when, frankly, they’d much rather concern themselves with who will ask them to the prom. But their protests go unheeded. Buffy has a “watcher” foisted upon her, to show her how to become the slayer that she is. Joan’s is more of a hallucinogenic initiation, God appearing to her without warning in various guises, sometimes the same, but often new and unexpected ones that can make God hard to recognize. Yet, for both the message is clear: you have been chosen for this. Sure, they could refuse or run away, but when they try, they have some experience akin to Jonah being swallowed up by the whale and spit back up to the very place he ran from. They have just about as much success in denying their calling as Peter Parker has in “Spiderman 2.”

The message here is not that when God calls, you have no choice. Rather, it is that vocation is more than just something you are asked to do; it is, as George Weigel aptly points out in his Letters to a Young Catholic, “something you are.” Buffy fans know, as Buffy does, that her life would be a lot easier if she could just have a normal boyfriend, go to the mall and drink coffee at Starbuck’s like everybody else. But she can’t because she’s the slayer. If she denies her identity, vampires don’t get slain, and Sunnydale goes to hell (literally). She can’t not be the slayer. Though God is not an explicit part of Buffy’s calling, she cannot escape from the goodness inside of her.

But, with her gang of loyal “Scoobies” and super strength to boot, Buffy has it relatively easy in comparison to Joan of Arcadia. (For some reason, a primeval calling to killing vampires is easier to sell to your friends than getting missions straight from God.) For Joan, it’s just her and God, and others are left to puzzle over her actions. She can’t let her friends in on her secret�she only half believes it herself most of the time�and even seems doomed to repeatedly hurt her closest friend in the process. Luckily, she’s a teenager, so her schizophrenic crusades are easily chalked up to adolescent angst.

Buffy at least has a sense of what she is doing, and an intuition often that it is the right thing to do. Joan is given tasks to do, often without any explanation as to their purpose. The only “friends” there to help her are the various different incarnations of God�from pierced goth teenagers to soccer moms�that often show up, it seems, more to harass her than help her. In many ways, this is a more realistic presentation of the trials of doing God’s will than the vocational crises of a Buffy or Spiderman. Joan’s not quite sure why she has been chosen; she has no superpowers, just a willingness to do what God wants. And like us, who are not endowed with superpowers either, but must depend on the more ordinary talents that God has given us, Joan sometimes does not see the good fruits of her actions. Joan, like us, is asked to have faith that God is doing something good, even when she can’t see it. And, like all of us, sometimes, she fails.

Season one of “Joan of Arcadia” ended with Joan doubting her gift when the various apparitions of God suddenly disappear. Has she failed God, she wonders, or is this proof that she’s crazy? Following God can often seem crazy, especially when we wonder why and don’t seem to get answers; when we look for God and God is absent, when once ever so present. That’s when we have to trust the hand of God apparent in the gifts and talents we possess. And that’s when we especially need our friends. Watching summer reruns of Joan can be a reminder to us of God’s presence and a prompt to remember, as Saint Ignatius suggests, our own consoling moments from previous seasons. Then we can look forward armed with the confidence that, as must be the case with Joan, God will return with new episodes, next season. 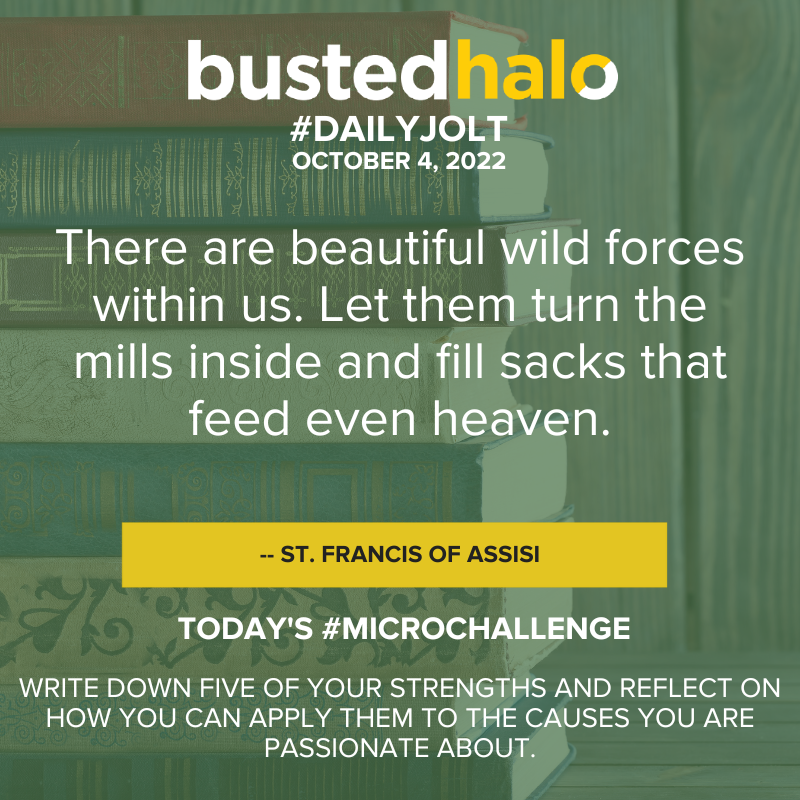