BH: Right, you mention that in the book.

MK: And I was almost like, “Are you f****** with me?” You know, I’m like five years older than you and you’re calling me Ms. Karr? Do I look like your mother? And it was almost like this faux thing he would do that looks like he’s trying to ingratiate himself but actually it’s a way to try to keep you away. It’s a way to box you off into this thing; it’s this über-solicitousness that is as far from who he actually is. So a lot of the darkness in the books is David. His friend Mark Costello and I went to St. Francis Xavier here in New York and lit a candle for him right after he died, and I said to Mark, “Wouldn’t he love this? Don’t you think he just loves this: us sitting here praying for him and lighting candles for him.” I mean, Jesus, I hope he’s up there drunk as a monkey with baby Jesus. But you know, it was a horrible tragedy, a horrible loss. We just had a very tumultuous relationship.

BH: He never talked to you about when you converted? My impression was that he was very articulate about spirituality although I don’t think he discussed his own spiritual beliefs.

MK: He had a kind of vague, higher-power thing. It’s funny, when he first got sober I remember he said, “Maybe I’ll become Catholic like Mark Costello” — his friend Mark. But I remember him sort of mocking me a little bit and saying that my conversion was bourgeois. But I know he had a spiritual life, I know he prayed and meditated every day, but to my knowledge, I don’t think he ever had a formal spiritual practice. I really hope that he had a community, you know. I really hope he had a community at the time; I was never aware of that.

BH: What do you say to a younger generation of students, or even your son, about faith?

MK: Well first off, let me tell one little story about a nun, a nun who came to raise money for this mission in Africa. And she came to our church and she did a slide show — you know how they do a slide show one night to raise the money. And a very doctrinaire member of our church practically said, “Isn’t it terrible that they’re going to burn in everlasting hell?” and this nun was 80 years old and she said, “As a young sister I went to Africa and that’s what I thought. And now I think, the Holy Spirit assumes many forms.”

When I was baptized, the only thing I really believed in was the Holy Spirit, which is a female pronoun. And it’s not so different — obviously it is different — but it could be akin to the great spirit or a force for good, an invisible force for good in the world, the counselor. And I believe in the form of the Holy Spirit, that the Holy Spirit is reaching for us as Christ is, as God is, but — you don’t have to believe anything to practice. And so I would recommend any meditation practice in any kind of community. Otherwise for me, I’m going to sit around and make up rules that are convenient to my disposition. Left without a community, I’ll come up with all kinds of justifications to sleep with your husband’s best friend and your best friend’s husband and my best friend’s husband, you know, I can manufacture all kinds of rationales for my own behavior.

And so I say to people, I started getting on my knees morning and night, not because God wanted me to grovel, but so I would think of myself in the position of the universe as a humble person, trying to just listen to whatever’s out there that’s invisible. And I would say, “Help me stay sober,” or as my first spiritual director in recovery told me, “Make a gratitude list for every letter in the alphabet,” not because God is going to hit me with a lightning bolt if I don’t have a gratitude list, but because I had a mind that was so depressed — alcohol is a depressant drug — that I blocked out good news the way that blinders on a horse keep them from looking to either lane. Just the little practice of doing that gratitude list on my knees every night: “A, I had an apple that was good; B, my little boy who slept through the night; C… ” just actually made me look at the world differently. And again, I’m talking about little steps here, if you want to try them.

I also started saying, every night, the St. Francis prayer. Which again — I didn’t believe in God or St. Francis or Saint anybody else, but if you say those lists of things, “Where there’s hatred, let me bring love; Where there’s conflict, pardon,” at the end when it says, “It’s in dying we’re re-born to eternal life,” it’s in dying to self, it’s in dying to ego, you can say in a kind of secular way, I think those words, when you utter them, have power. And I think in each of us — whether you’re Christian, Muslim, Buddhist, whatever your faith tradition — you’re being called to God. And that the truest part of us; at our core is that.

And for me, all I can say if you’re first starting to pray or meditate is, “It’s south of your neck.” It’s not just your head telling you a lot of stuff really fast in argument form. I get messages from God; it’s never the bearded guy in the cloud or the burning bush. I never get anything good like that but I’ll get this soft little leaning. To me, those little gentle things are what you could call your higher self if you don’t believe in God, or your better self, or your super-ego if you want to get Freudian. And so for me, the minute you let anything in, I just believe, just as there is a force for evil and there are serial killers out there boiling babies on the backs of their stoves, and there are murderers in North Korea, and people tortured, ripping peoples’ tongues out all over the planet — there are also people (and really the vast majority of people) if you have a flat tire, they may not pull over to stop, but most of them don’t wish you ill driving by. This is just to let you revere that, to say, “I’m going to revere the good things; I’m going to notice them,” but really not to think about it, to practice it — don’t think about it, just do it! I mean, get on your knees and here’s the weird thing: what do you lose when you do it? Because the truth is, I think we do feel that we lose something; I think we feel that we lose that sense that we run the planet.

MK: Your autonomy and your ego. But in a strange way, I’m as bawdy and as salty-tongued as I ever was before I converted. What I would suggest to people who are seekers is… well, I guess I would discourage you from trying devil worship, just FYI, you know, like [laughs] I’m looking through the traditions and thinking, I wouldn’t really do the devil worshipping, voodoo chicken killing; I’d try to steer clear of that. But really, anything that really brings you into that quiet, south of your neck part of your place. There’s a great line by Rumi, the Sufi poet; he says, “Where am I? I’m in the next breath.” And it is funny sometimes, if you’re running through your day, if you just stop and inhale and exhale, you’ll just have this — there’s a little hitch at the bottom of the breath, when you’re not breathing in or taking a breath, there’s a little stillness there. For me that’s where God is, in that one little brief moment.

BH: What’s next for you?

People have accused me of not being Catholic, or like, making up that I was Catholic, like that’s so fashionable. Really, pole dancing would be better, don’t you think?

MK: I have a couple of ideas; I’ve been working on these poems that are about Jesus, but they’re actually about New York City — if you read them, there’s no guy with a robe and beard in them, but for me they’re all about manifestations of Christ in the world, manifestations of the Lord’s grace in New York City. It’s me trying to be Walt Whitman, only less long-winded. And less talented, obviously. I’d like to do a book about memoir called “The Art of Memoir,” which would be like E. M. Forster’s Aspects of the Novel or John Gardner’s On Moral Fiction — something that would be both a critical book and also some how-to stuff in it.

BH: So you’re done with memoir?

MK: I didn’t say that! I really do pray, I ask the Holy Spirit for guidance about what to write. And nobody’s called me up and offered me a million dollars to do something I don’t want to do. But let me also clarify; I’ve been told this book’s helped a lot of people. I want to make this eminently clear: I do this for money. I did not write this book thinking, “Now, God guided me in prayer to take the advance,” but, I swear before God, and he knows I’m not lying, that I worked really hard to make it a great book once I’d taken the money. But if they didn’t pay me to do this, I wouldn’t do it. So if I help people, it’s a great gift, but I’m not as nice as Oprah. That’s why I’m a win for Jesus.

BH: Did someone accuse you of conjuring this whole thing up?

MK: People have accused me of not being Catholic, or like, making up that I was Catholic, like that’s so fashionable. Really, pole dancing would be better, don’t you think? [Laughs.] 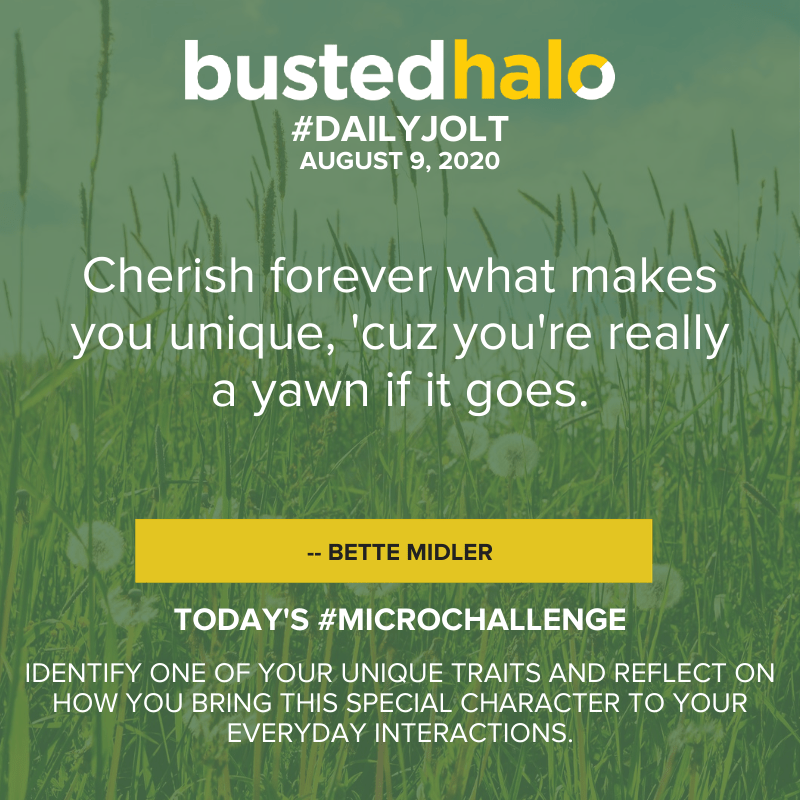