On Christmas Eve, after returning from the Catholic children’s service, my family and I will sit down to a dinner of 7 vegetarian dishes. The main course will be a very modest, but nourishing bean soup called bop, a daily staple across much of the Balkan Peninsula. This plain menu is taken from my husband’s Bulgarian Orthodox tradition. So is the centerpiece on the table, an icon of the Madonna with Child, surrounded by candles representing friends and family who are both near and, in our hearts at least, never very far away. On Christmas Day, we will partake of a turkey or goose dinner more in keeping with the feasts I grew up with. The fridge will be so full of leftovers that we probably won’t cook again until after the New Year. Our feast, our celebration is a compromise of cultures and faiths, one that, I think, makes us richer in understanding of each other and of each other’s families. At Christmas time, our bellies are perhaps a little too full for comfort, but we have found our cultural merge an easy one to navigate.

Western society has come a long way from the era when, upon hearing the news of an interfaith or intercultural engagement, people used to ask in horror, “But what about the children?”

My mother has told me stories of witnessing family and neighborhood rifts that were never healed when Catholics and Protestants intermarried in the 1950s. Even as late as the 1960s, friends have told me that their interfaith parents had initially decided not to have children who might become “confused” by their mixed Anglican-Catholic families. Thankfully for my friends, other forces intervened and they were born to become the tolerant individuals that they are.

That doesn’t mean the road to an intercultural or interfaith relationship is an easy one to navigate.

For many couples, the road is not full of easy compromises, but difficult sacrifices and the need to radically re-think assumptions. Often our celebrations serve as a touchstone for these sacrifices and challenges, reminding people in these relationships of what they have both lost and gained from the union.

Dana is an African-American in her twenties. Her boyfriend Arnold, also in his mid-twenties, is Dutch. Celebrating her first Christmas in the Netherlands, Dana wasn’t prepared for how very different the two traditions were.

“Christmas back in the States was a family affair. Weeks in advance, phone calls would be made to argue or bicker over whose house would be the location for Christmas dinner. The spoils of the victory also included the honor of cooking the Christmas turkey,” Dana remembers. “My first Christmas in the Netherlands was special because it was the first time I had met my fiancé’s parents! Of course, when my boyfriend declared we were going to spend the holiday at his folk’s place, I immediately had visions of dozens of blond family members glaring at me from a massive 30 foot long banquet table. It was a bit disappointing when I was told it would only be him, his parents and myself. It was quiet and pleasant, but there was something really sterile about it. Even the fact that I had brought along ingredients for Christmas cookies, a completely alien concept for them, it just didn’t feel like Christmas.”

Making the situation more difficult is the fact that Christmas in the Netherlands often feels like it comes in second to a holiday called Sinterklaas, the Feast Day of St. Nicholas celebrated on December 5th in the Netherlands.

On December 5th, presents are distributed by a Santa-like-figure and his helper Zwarte Piet or Black Peter. The Dutch have revised the history of Black Pete over the past two generations, but his origins go back to the time of Dutch colonialism in Africa and the West Indies. Since the Dutch Sinterklaas comes from Spain, Pete was first described as Santa’s Moorish helper. In more recent times, Pete has been described as someone stained with coal from going down chimneys. It was this figure who most shocked Dana during the celebrations. Zwarte Piet appears in blackface. He looks just like the pre-Vaudevillian “darky” characters from American pre-war pop-culture that have been long-dismissed as negative stereotypes in North America.

“I really mean blackface,” says Dana. “Black face paint, bright red lips–nappy wig and adopted black mannerisms. No one seemed to understand why I had a problem with it, including my seemingly mega-liberal boyfriend whom I was dangerously close to leaving when he just couldn’t seem to grasp it.”

And yet, Arnold and Dana did weather this storm in their relationship.

“It took some lessons on white privilege and a history lesson on the character,” Dana says. “It turns out Zwarte Piet, a.k.a. Black Pete, was a slave during the time of colonialism all the way up to the 50s.”

While Arnold now understands Dana’s problem with Zwarte Piet and the two plan to protest how he is portrayed in the Sinterklaas celebrations, the couple realizes two people can’t change an entire culture.

Walton, 29 is an Anglo-American. His fiancée Assel, also 29, is Kazakh. While the pair met at a U.S. university, they are planning their wedding in Kazakhstan where both of them now live.

It remains to be seen whether Walton will understand his wedding vows. Under Kazakh law, all weddings must be held in the state Wedding Palace, a system that gives couples few choices in how their ceremony is conducted.

“The only thing I wonder is whether the ceremony should be in Kazakh, the traditional language that will warm hearts but someone will have to tell me what to do, or in Russian where I will have a much better idea of what is going on,” says Walton. “I think I will go with Kazakh and just have Assel and her brother-in-law rehearse me a hundred times before.”

The lack of choice about the wedding venue and ceremony does bother Walton slightly because it doesn’t give him a chance to incorporate his own culture. “I am sad that we don’t have a chance to change the ceremony— maybe write our own vows, or to choose the music—and that there isn’t really a procession with a ring bearer and a flower girl and so on, but I also should note that the Wedding Palace is very beautiful and there are people in traditional Kazakh costumes. The idea is that since poor people can’t afford a nice ceremony, the government makes one for them, which is appealing.”

Not that the wedding will be a completely traditional Kazakh affair. “Kazakhstan and Kyrgyzstan are places where bride-stealing used to occur —although often that was in collusion with the bride, for example if the guy was not socially acceptable to the parents or he was poor—so it was really a form of elopement,” says Walton. “You still can do a symbolic bride-stealing as part of the wedding day and some people do. I’ve considered it, but I’m not Kazakh and I think it would be weird for me to do.”

“We have both experienced racist friends and relatives who are against our being married, and we have survived those stupid ignorant people by realizing it’s their problem and not ours.”

Still, the wedding is only one day in a family’s life together and Walton does worry about the children he and Assel will have.

“We have both experienced racist friends and relatives who are against our being married, and we have survived those stupid ignorant people by realizing it’s their problem and not ours,” Walton says. “I worry about the day little Bobby Zhanybek comes home from school saying, they called me a slanty-eyed, or a half-blood, or a stupid American. How do you explain that to a 10 year old? How do you say, yes you are half-Kazakh and half-American and some people will only see that other half in you and hate you for it? How do you explain that some people want to know what you are and where you are from, and if the answer takes more than a paragraph, they aren’t happy?”

And yet, for all the threat of racism, there is hope within the act of combining cultures itself that may act as a form of protection from that threat.

“In terms of serious traditions, Kazakhs are definitely more family and tribe-oriented and Americans are more independent, in little and big things,” Walton explains. “I think Kazakh culture can teach them to be very kind and loyal and to work very hard, whereas American culture can teach them to think differently, to not be afraid take risks, and to do what makes them happy.”

It’s not easy to go against the dominant culture wherever you may be, whether that means re-evaluating the beloved Black Peter of a Dutch childhood or rehearsing your marriage vows in a foreign tongue 100 times. Nor is it easy to recognize that, sometimes, you have to lose a cherished part of your own culture to win what your heart says is more worthwhile: understanding not just between two people, but two peoples.

Making the sacrifice feels so meaningful, so filled with impact, selflessness and symbolism, that it is easy to forget that, ultimately, it becomes just part of daily life.

My late father-in-law had Parkinson’s disease. In its later stages, the disease causes a certain kind of debilitation of the facial nerves and muscles, causing many people with the disease to resemble each other. My father-in-law in his suffering reminded me of Pope John Paul II who at the time, in spite of his own serious health issues, was still traveling the world on a mission to bring people of all faiths closer together.

“If this seriously ill old man,” I thought, “can give up his own comfort for the world’s religions, surely I can do the same thing in my own family.”

This logic coincided with our visit to Bulgaria to introduce our baby son to his grandparents. Upon meeting his grandparents at nine months, our son reached out to his bedridden grandfather and stroked his face with a kind of knowing tenderness and love.

I decided, during that trip, to christen my son in the Bulgarian Orthodox Church of his grandfather. The ceremony, conducted in old Slavonic and full of silent ritual was beautiful, if absolutely incomprehensible to me. I was moved to tears with the certainty and rightness of putting those events in motion.

Then, immediately after the ceremony, my husband and the new Godmother compared notes. They could remember when the priest had been a “communist culture leader” at the summer camps of their youth.

That means, I realized immediately, the priest who had just christened my son with such reverence, had once been a confirmed atheist and party member.

Some compromises, even after you make them with the best of intentions, are harder to digest than others. 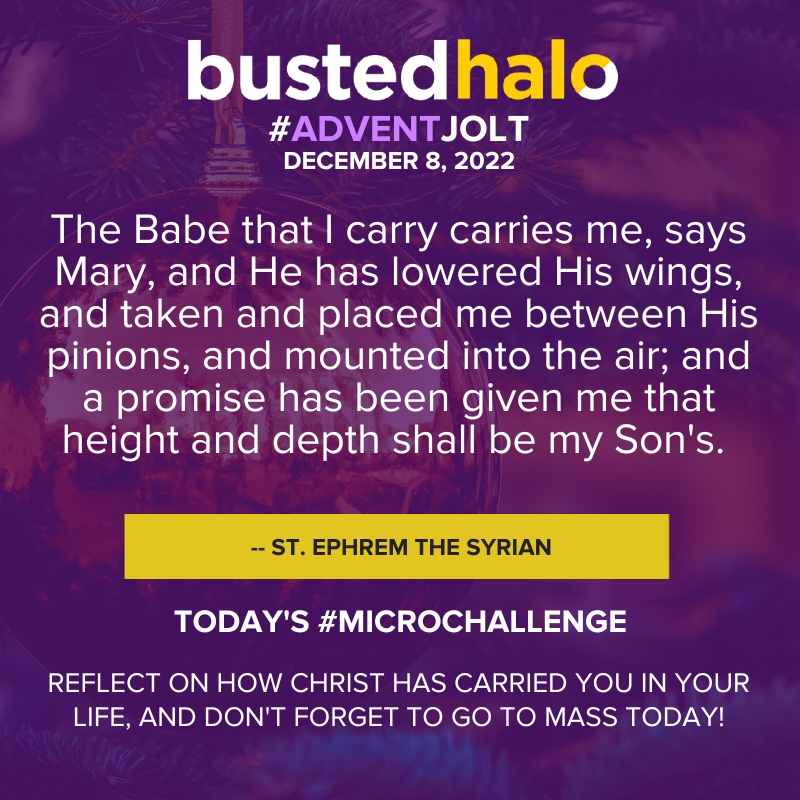