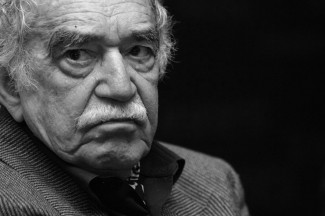 Capturing the imagination of adults is how Gabriel García Márquez made himself known in the literary world. It was the smallest details and the honesty in his writing that helped his characters and the scenes he created of the Latin American landscape come alive.

Gabriel García Márquez, born in Colombia in 1927, was the master of magical realism, a literary genre mixing real-life fiction with fantasy. García Márquez explained that magical realism came from the human suffering, such as hunger or sickness, experienced under the rule of violent Latin American regimes.

It was not magical realism I had sought out in him as an author. It was the way in which he introduced aspects of faith and culture into the text. As a writer who would like to explore fiction someday, it was amazing to see how García Márquez seamlessly wrote elements of faith into his stories. He might set a scene with a Catholic tradition. For example, at the beginning of Love in the Time of Cholera, Dr. Juvenal Urbino is attempting to celebrate Pentecost, but his work schedule has made it a little more challenging:

In the distance, on the other side of the colonial city, the bells of the Cathedral were ringing for High Mass. Dr. Urbino put on his half-moon glasses with the gold rims and consulted the watch on its chain, slim, elegant, with the cover that opened at a touch: he was about to miss Pentecost Mass.

Elements of Catholicism are certainly a part of Latin American culture. However, it was not clear from rereading obituaries of García Márquez if he was a practicing Catholic when he died, but some say he was raised Catholic.

Another reason I was attracted to García Márquez was that he, like myself, was a former journalist. He would spend his off hours from working at a newspaper crafting poetry or short stories. He captured the raw emotion in human relationships, giving the reader context and meaning behind what a character said and did throughout his novels.

His passion for literature and writing were evident in the way he examined humanity and how it worked. There was a simplicity he captured in his characters that mirrored everyday life. He understood that life and its details are not so much complex as they are a series of simplicities strung together.

García Márquez began writing one of his well-known novels, One Hundred Years of Solitude, after finding inspiration on a drive to Acapulco. He finished the book in about 18 months, writing undistracted. It has been translated into 35 languages and according to some, has sold more than 50 million copies.

Some time after he completed the novel, he rose to fame in the political world. He had become friends with U.S. President Bill Clinton and François Mitterrand, the late president of France.

His novels include: The Autumn of the Patriarch, Chronicle of a Death Foretold, and The General in His Labyrinth. García Márquez was indeed one of the greatest writers of the 20th century, winning the Nobel Prize for Literature in 1982.

In recent years, his health had declined as he was diagnosed with lymphatic cancer in 1999 and a relative said he had also developed senile dementia a few years ago.

García Márquez understood human emotion and was not afraid to dive into the deep end to explore the pain and darkness that some are ashamed to admit out loud. Everyday suffering, whether it is grandiose and on a stage for all to see or happening behind closed doors, is very real in our world. And García Márquez was not afraid to tell those stories to his audiences. To eloquently capture elements of suffering and simplicity in everyday life is a true gift — a gift that García Márquez’s readers received with open arms.