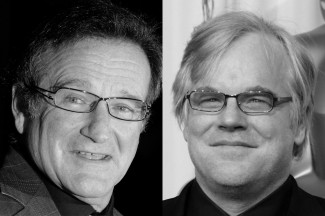 It’s never the moments we expect that stay with us; it’s never the things we plan for that leave the indelible impressions. It’s not receiving the diploma as we walk across the stage graduation day or opening a gift on Christmas morning. Instead, it’s laughing over a stupid joke with your roommate at 2 a.m. the night before finals or the impromptu singing of Christmas carols with your family in the car on the way to the grocery store. Those are the things that stay with us. The small, innocent, seemingly anonymous moments of truth that we take with us throughout our lives; those are the experiences which shape us into human beings, which soften our hearts and alter our lives.

The careers of Robin Williams and Philip Seymour Hoffman are filled with those very same small anonymous moments. They both had their Academy Award moments, their big box office moments, their slicker-than-thou, big-boy Hollywood moments. And yet, those are not what we remember. We remember Robin Williams on The Tonight Show — or any other late night talk show for that matter — riffing a mile a minute on any and every topic in the stratosphere, leaving his host and his audience in breathless hysterics. We remember him in underplayed, generous performances like the doctor in Awakenings, playing against type as an ordinary man just trying to do his best in an extraordinary situation.

We remember Philip Seymour Hoffman less for his showy mimicry as the titular star of Capote and more for his scene of self-flagellation in the car after having his heart broken in Boogie Nights. We remember his brief glances of quiet desperation as the priest under suspicion in Doubt. We remember the menagerie of broken, chipped characters that Hoffman essayed throughout his career into fully realized, fully lovable, human beings.

What both Hoffman and Williams understood as actors was that before anything else, the truth matters. They understood that what moves an audience is vulnerability in real time. Accents and costumes and tricks are nice, but what moves people’s hearts, what changes lives, what makes film and all art relevant, is fully conveyed truth in the moment.

Both men were purveyors of the truth, and at their finest, in those obscure moments that nobody and everybody remembers, they were able to soften hearts, alter perspectives and deepen compassion in the way that only authentic artists can. Paradoxically, it was this pursuit and desire for authenticity, to realize the fully human experience, warts and all, that was also a part of their downfall.

Ironically, to be truly human is to be, at times, truly dishonest — with others and with oneself. Sometimes the lies we tell ourselves don’t add up to much, but sometimes those lies can pile up one upon another and build and build until eventually they destroy us.

And so, as the cliché goes, when all is said and done, we are left with the truth, and the truth is that Robin Williams and Philip Seymour Hoffman, in their brief stays in this broken and chipped universe, were able to make it, and us, the better for it. And that is the truth.