A priest is found murdered in an old church cemetery. Special Agent Seeley Booth and Dr. Temperance Brennan investigate the crime scene and question another priest. Brennan takes cheap shot. “Father, I believe this has been consecrated a crime scene”. Booth, a cradle Catholic, pleads with her to be respectful. Why should I, she responds, because he believes “a plot of earth has supernatural properties because [he] waved a wand over it [and] used magic water?” Unable to reason with her, Booth complains that she refers to God as his “invisible friend,” to which Brennan, an atheist, responds, “Yes, you’re talking to someone who isn’t there.”

Exploring the tension between faith and reason is just one of the many interesting elements of the television series, Bones, currently in its sixth season on Fox, and one that keeps me watching each week. The aforementioned partners do more than just examine crimes, they inform each other and the viewers about the dichotomous worlds from which they approach life.

Booth, a former altar boy, attends Mass every Sunday but doesn’t put much thought into understanding his faith on a deeper level. He doesn’t need to be convinced to believe; he just does. Dr. Brennan, is the polar opposite. Being a forensic anthropologist, she believes that all things can be proven logically thus negating any need for a god.

These partners hash out the faith vs. logic debate as they work together solving murders for the FBI. On the outside, they appear to have nothing more in common than solving the crimes. Witnessing their weekly interactions, viewers find that what really holds them together is their morality. They both abide by strict moral codes, albeit through different means. Brennan through natural law and reason, and Booth through his Catholic faith and experience. As the series explores their relationship, these partners illustrate how faith and reason benefit each other, and how either one by itself is lacking.

For the Bible tells me so

Because Brennan has pushed him to explain himself, Booth is actually becoming a better Catholic. He has to figure out his beliefs and say more than just, “That’s what the Bible says.”

One episode, “Death in the Saddle,” deals with a group of people with a certain fetish (one I wish I hadn’t learned existed.) Throughout the episode Booth is grossed out and repeatedly states how freakish the subjects of the investigation are. Brennan defends them, saying people like different things and are entitled to their opinions:

Brennan: Why are you being so judgmental?
Booth: When you turn someone into an object of sexual pleasure, it’s wrong.
Brennan: How do you know?
Booth: It says so in the Bible.
Brennan: Does not.
Booth: Then it got left out by mistake.

I can tell by watching this interaction that Booth was probably taught this back in catechism class. Turning people into an object for pleasure is wrong — I’ve repeated that to my own students a million times. Even though he is saying the right thing, he can’t explain why it’s right because he’s never thought about it. After thinking about it further he has a better defense by the end of the episode:

Booth: Making love — making love — that’s when two people become one.
Brennan: It is scientifically impossible for two objects to occupy the same space.
Booth: Yeah but what’s important is we try and when we do it right, we get close.
Brennan: To what? Breaking the laws of physics?
Booth: Yeah, Bones — a miracle. All those people with their role-playing and their fetishes and their little sex games — it’s crappy sex. At least compared to the real thing.

Because Brennan has pushed him to explain himself, Booth is actually becoming a better Catholic. He has to figure out his beliefs and say more than just, “That’s what the Bible says.” And Brennan grows from these interactions too. At the end of this conversation, she agrees with him. In her head she might be able to justify what these people are doing, but Booth makes her realize he has a point.

While Booth believes what the Church tells him to believe, if he disagrees with something then he just pretends it doesn’t exist. Brennan, on the other hand, always deals with the facts. In one episode Booth and Brennan talk about the story of Abraham being willing to sacrifice his Isaac:

Booth: Well, that’s the one Bible story that I just don’t like. I mean, God commands Abraham to kill his own son and he does.
Brennan: Abraham does not kill Isaac.
Booth: But old Abe, he had the intention.
Brennan: I thought what he had was faith.
Booth: Look, I have faith. But if God himself came down, pointed at Parker and said I want you to, you know, that ain’t gonna happen…
Brennan: Ok, then the lesson I would learn from this myth… That when it comes to your children your love has to be absolute. The messenger represents goodness, what you know to be right, ergo you have to remain open to what you know is true.

It’s ironic that, in this case, the tables are turned. Booth, always the reactive sort, doesn’t like the story so he pushes it out of his mind. He doesn’t try to figure out what lesson God is trying to teach, he reads it and rejects it. Brennan stops to think about it even though she’s not a believer. Though she doesn’t necessarily conclude the correct moral of the story — thus showing she is in need of the wisdom of the Church — Brennan is helping her partner’s faith grow.

In Booth, Brennan finds a person who loves her despite her quirks, who she can’t push far enough away to make him leave and who is fiercely loyal to her. This is a God-like love. And she finds herself completely trusting him despite logic telling her she should never trust anyone.

One of the most poignant conversations the two have about God happens in an episode in which Brennan is buried alive and eventually rescued. At the end of the episode, Booth and Brennan are sitting in a church, Booth just finishing praying,

Brennan: If there was a God, which there isn’t, and if I was someone who believed he had a plan, then I’d be tempted to think that he wanted me to go through something like what I went through because it would make me more open to the concept.
Booth: Which obviously it hasn’t.
Brennan: I’m okay with you thanking God for saving me and Hodgins.
Booth: That’s not what I’m thanking God for. I thanked him for saving all of us. It was all of us. Every single one. You take one of us away and you and Hodgins are in that hole forever. And I’m thankful for that.
Brennan: I knew you wouldn’t give up.

While Brennan makes it very clear that she has not developed any faith in God, she has developed a very strong faith in Booth. This is a huge step for a woman who keeps her distance from all people and walls herself in with facts and objectivity. Booth shows Brennan a love that she has never experienced before. Her parents abandoned her in her teens; her brother ran out on her; she bounced around the foster system. This is why she retreated into science. But in Booth, she finds a person who loves her despite her quirks, who she can’t push far enough away to make him leave and who is fiercely loyal to her. This is a God-like love. And she finds herself completely trusting him despite logic telling her she should never trust anyone. It is reasonable to assume that because she has learned to let down her guard a bit and put her trust and faith in a person — Booth — then she could one day be open to putting her trust and faith in God.

The series’ writers are amazing at crafting faith themes and a tension that keeps viewers riveted week to week. The main characters’ relationship with each other can be so antagonistic and yet so full of love at the same time, and each week they grow and develop in a way that is authentic and endearing. Don’t even get me started on the will-they-or-won’t-they sexual tension that exists between the pair; that’s a whole other reason that keeps me watching.

When it comes down to it, these partners need each other. They demonstrate how faith needs reason and reason needs faith. They each have both and they depend on one another to bring it out. Combine these twos’ powers and they would make one heck of a Catholic superhero or, at the very least, one sexy theologian. 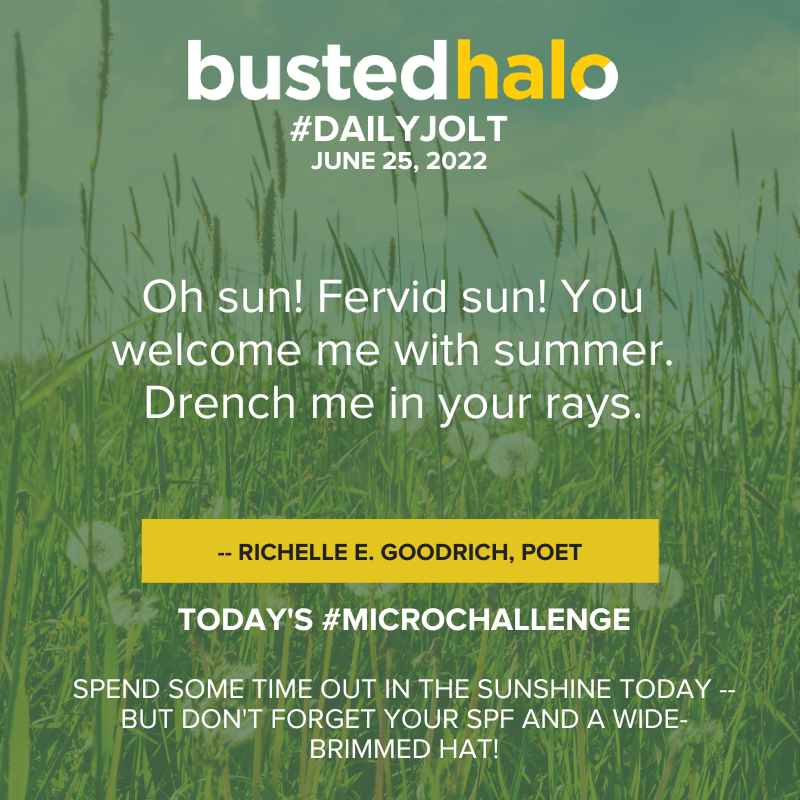