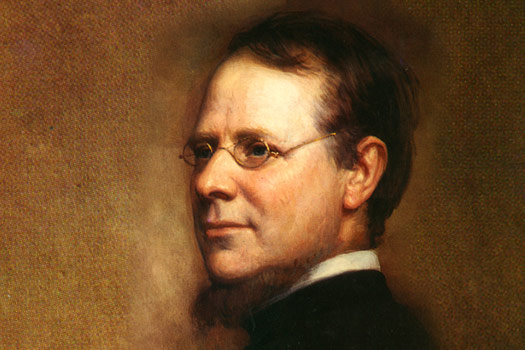 Isaac Thomas Hecker believed that every human being was by nature a “seeker,” created for something greater, for the Divine. He believed this because he had lived his own life as a spiritual quest. Baptized as a Methodist, he spent his youth visiting churches and hearing preachers of many denominations, including Episcopalians, Mormons and Unitarians. Eventually, his brothers recognized that he was not suited for the family baking business, and they gave him leave to live and work among the restless individualists of the Transcendentalist movement in and around Boston. There he befriended Henry David Thoreau (of Walden fame and who had spent the night in jail rather than pay taxes to fund the Mexican War), and he was mentored by the greatest American thinker of the time, Ralph Waldo Emerson. Nevertheless, Hecker did not find what he was looking for among the Transcendentalists. Instead he made his way steadily toward the Roman Catholic Church, where he eventually became a priest and founded a new religious order, the Paulists.

Key to Hecker’s spirituality was his sense of the Holy Spirit. Here his mystic sense comes in. True, he understood the Spirit as an ever-present guide for seekers, but he had also felt the power of the Spirit in his own life. These moments of awakening were so powerful that Hecker became convinced that the whole world could be transformed if only people would be more attentive to the movements of the Spirit in their own souls.

I remember one moment when I really “got” what Hecker was saying, that the Spirit’s call was real and unique in the life of every person. I had helped plan a retreat that looked like an utter failure. The college students who attended were openly rebelling against the priest who led it. Then one evening people started asking new and deeper questions. One guy said asking these questions changed him. Another person had a profoundly moving experience of God’s presence. I realized at that moment that God did not work on my schedule or according to my expectations. My only choice was to be a part of what the Spirit was doing or not. That was why I became a Paulist priest myself.

What happened also drove home another of Hecker’s teachings. Unlike the Transcendentalists, Hecker felt that seekers needed other seekers. They could not be on a spiritual journey by themselves. In fact, the Church itself should be seen as a gathering of seekers. Throughout his life, Hecker traveled, gave lectures, wrote books. He called his fellow Paulists to preach creatively and energetically both inside and outside the Church, bringing “old truths in new forms, fresh new tone and spirit.” We are still doing so with ministries like Busted Halo, which was founded and is “powered” by the Paulists. American churchmen came to seek Hecker’s advice, in part because he saw no contradiction between being American and being Catholic. He thought that every culture and every people had both a genius and an Achilles heel, and individualism was both for Americans. It equipped Americans for the spiritual quest and helped them appreciate the diverse gifts of the Spirit, but it also meant Americans often did not know how much they needed a real experience of spiritual community.

At the center of it all for Hecker was the Holy Spirit. Wherever he went, he never tired of pointing to the need to cultivate the Spirit within the soul and to be attentive to the signs of the Spirit in the Church and the world. Thus, he was able to see the Spirit at work at the First Vatican Council, even amidst all the politics and controversy. But he also saw the Spirit sailing up the Nile River in Egypt. The call to prayer of the Muslim muezzin would rise into the air, and once again Hecker heard the Holy Spirit calling each human soul to a Mystery greater than anything else in this world.