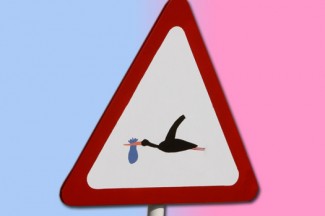 I love to talk about birth. A lot.

I assume everyone wants to hear about birth, so at social gatherings, with people I’ve hardly met, I find myself telling birth stories, bodily fluids included. Half of the crowd listens politely before dismissing themselves to “get a refill” on a drink, often finding a more normal person to talk to on their way to the kitchen. The other half presses in, wide-eyed with fascination. What can I say? I’m a doula.

Doulas are an ever-growing presence in navigating the healthcare choices in today’s world. The word doula comes from the Greek word for female servant. Doulas provide physical and emotional support for laboring women. Many people will seek out a doula for an unmedicated birth — one without the use of an epidural or painkillers. However, doulas do not carry any sort of agenda, on principle, and will work with all moms simply to make sure they have the best chance at the birth experience they seek. Contrary to popular belief, unlike midwives, doulas are not medically certified and cannot deliver a baby.

Being a doula is very much a vocation for me, embedded in my personhood, hence the infectious house party conversations with whoever has the curiosity (or stomach) to listen. After I became a doula, I began to regularly note the themes of birth present not only in the milestone itself but also flowing throughout our human experience.

In the labor and delivery room, we talk a lot about stations. The medical meaning of station is how far the baby has descended into the pelvis. (This is where you might realize you are a refill person or a fascinated person.) I’m going to propose that just as we have Stations of the Cross leading up to the Easter holiday and season, there are various emotional stations on the road to birth and new life with direct ties to the Passion. As a Catholic, there is no better metaphor for the journey to new life than the Paschal Mystery.

Women are not the only ones who carry a cross on the road to new life. Oftentimes, people are unaware of just how tiring supporting a laboring mother can be — both mentally and physically. The large part of this can fall on the father or partner, hence why many people enlist the support of a doula.

First children are notorious for slow-going labors, typically 24 hours from the onset of contractions. Even with the best of intentions, a support person can tire out. For instance, in order to help alleviate back pain, doulas often use a hip squeeze, carefully positioning force on the pelvic bone. Having arm muscles the equivalent of wet noodles, I often struggle to hold this position for numerous contractions of up to ninety seconds each, facing my own physical exhaustion and usually having skipped a couple meals due to adrenaline. During these longs hours, the partner and I are Simon of Cyrene for one another: giving each other even fifteen minutes of reprieve. In the Gospel, Simon is plucked from the crowd to carry Jesus’ cross, since the soldiers feared he might not make it to his crucifixion. When we see this small moment on the road to Calvary, we are reminded that no one can carry a cross alone, even Christ. Likewise, no woman is meant to labor alone. She is surrounded with support, and those supporting her must also support each other on the road to new life.

Another marker on the way to new life is that of surrender. My favorite line of the entire Passion is, “Father, into Your hands, I commend my spirit.” I have never seen it as a line of defeat. In fact, I see it as a total surrender to the will of God, the last step necessary on the road to new life and salvation. Surrender is also present in labor. When I work with moms seeking an unmedicated birth, I can almost always gauge how far along she is, based on what she is saying. “I don’t know how much longer I can do this” and “I can’t do this much longer,” and finally, “I can’t do this anymore!” at which point I can see the desperation in her face.

Oftentimes, at this point, she weeps. She weeps because even though she has a choice to numb the pain, she is nonetheless on a trajectory toward birth — there’s no chance to turn back now. Knowing the road ahead is long and difficult, even the most desiring mother can feel like giving up. At this point, I touch her back gently and say, “Surrender to it.” I have never had to explain myself, she already knows. But, it is our natural human tendency to stiffen up, tense up, and clench our fists. What I’m asking of these women goes against our human nature. Eventually, she gives in. There is no fighting the pain anymore; instead, she begins to embrace it. Like these mothers, after weeping in the Garden of Gethsemane, Jesus surrenders to God’s will and embraces the road ahead.

In my work, I have seen a number of awe-inspiring couples that have a tremendous dynamic during labor. However, even with the most committed male partner, laboring women still seek a doula. In fact, studies even show that a doula has positive effects on birth outcomes that hospital staff can’t always replicate. In the life and death of Jesus, women play an integral role or are present in new life. Mary, the most obvious example, is responsible for giving birth to the Son of God, bringing him into human existence. (And, believe me, after seeing many births I can’t imagine all of that, in a stable no less). In the Resurrection, interestingly, Jesus appears first not to the twelve male disciples but to the women who had come to mourn him. It is the women who proclaim the Risen Lord. Additionally, the presence of strong women continues with the early women leaders of the Church, namely Tabitha, Lydia, and Priscilla, mentioned in the Easter season’s weekday readings. While the Church was in its infancy, it relied on the presence and leadership of women. It’s almost as if women have a unique gift in the advent of new life and its rearing.

All in all, whether it’s the Passion, birthing a baby, or another new thing, the road to new life is one of pain, surrender and support. The task ahead is one that we first fear, then fight, and ultimately embrace, against all our human nature. In that sense, it is a journey. However, it’s not a labor in vain. Not only do we bring new life into the world, we also transcend ourselves in the process. Most any new mom would say it’s all worth it. I have a good feeling Jesus would say that, too.